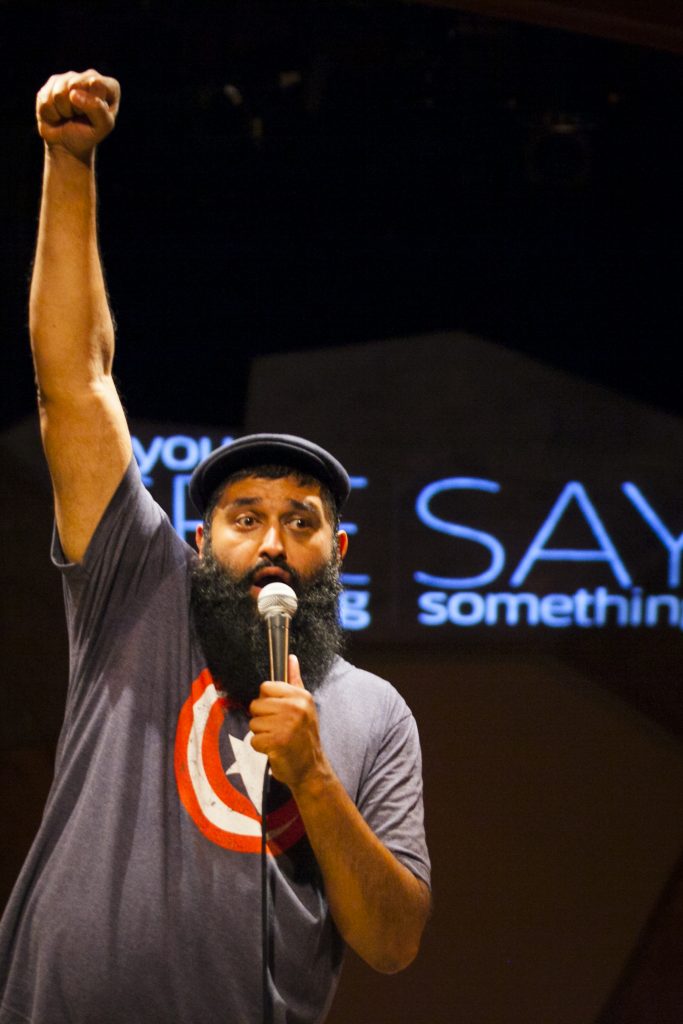 This is an election year when Republican presidential candidate Donald Trump has the New York Times, The Atlantic and Vanity Fair arguing over whether a gaffe is a mere mistake for our amusement or an unconscious revelation to be considered seriously. Trump has these publications wondering whether the sheer quantity of the gaffes indicate a breakdown of our political system or merely exposes its intrinsic failures.  So, at a time when some are no longer clear about whether we are great, were once great or might still have greatness thrust upon us, we are desperately in need of a voice of reason to remind us what it truly means to be American.

Azhar Usman is ethnically Indian. He is doctrinally Muslim. He was born in Chicago and raised in Skokie. A startup founder, a former lawyer, a father of four, Usman is not just American, he’s Ultra American—and his show of the same title touches on many of the cultural and political anxieties that concern middle America: racism, religion, terrorism and the conditions required for mutual tolerance.

Usman begins his ninety-minute set with an inquiry any person of color can attest to having heard: “Where are you from?” That the question has been derided and parodied past the point of exhaustion by every comedian, commentator and Instagrammer, yet still retains its relevance is a testament to its centrality in the problem of the American mythos: How can a nation founded on ideals of liberty, justice and equality account for its empirical manifestations of disenfranchisement, corruption and discrimination?

Usman takes the route reserved for fools by flipping off the government, the military, the police, CNN and all the manifold limbs of imperialist white supremacist capitalist patriarchy with a smile. If he could be as bold and natural as his beard, he’d be the voice the resistance needs. But it’s calculated: How he moves his eyes, the stool, the mike. Every accent and syllable walks the line between entertainment and disclosure. (Irene Hsiao)