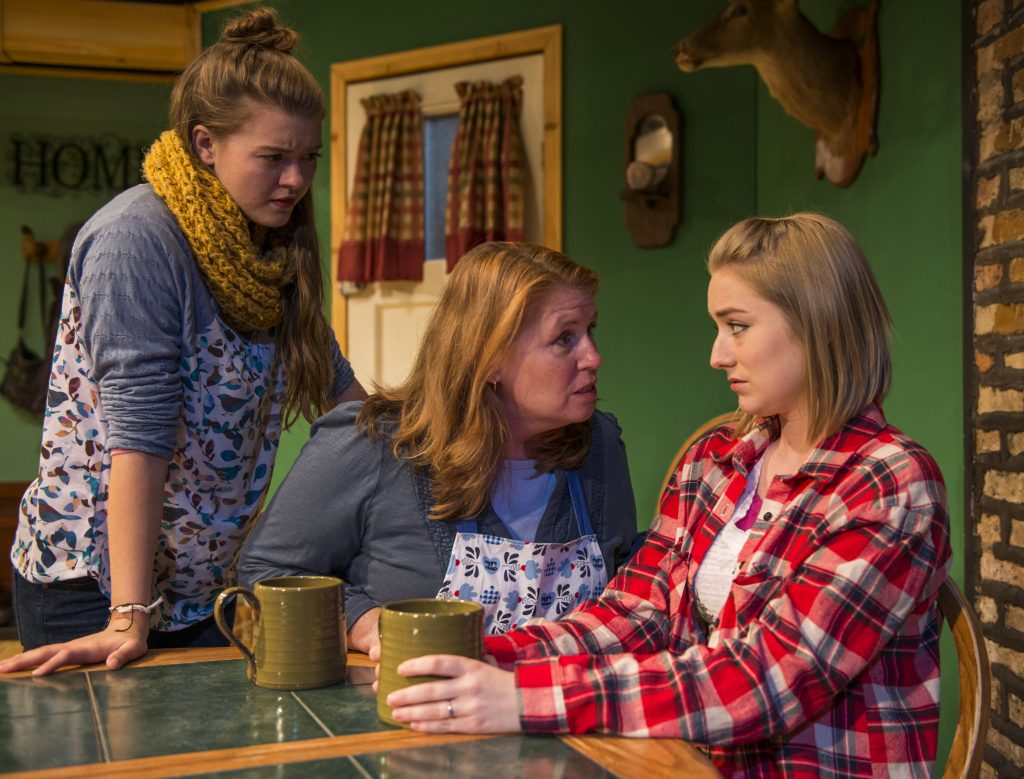 “Grizzly Mama,” a play about the amateur assassin of a conservative, female Alaskan politician, clearly seeks to inspire conversation via controversy. If America is a house on fire, then “Grizzly Mama,” with its enthusiasm for shtick and sitcom-lite characters, is about as helpful as a moist toilette.

With its broad and reductionist views on the intersections between the various waves of feminism, George Brant’s insufferably unfunny play misses nearly every opportunity to examine the complexities and nuances of femininity, especially between the never-seen, gun-toting, Sarah Palin knockoff, Patty Turnbeck (her name itself a clear indication on which side of the aisle the playwright’s loyalties and humors lay), and the would-be-assassin’s recently deceased activist mother who, in writing the fictional book “The Female Judas,” gave name to the kind of woman that, according to her daughter, Turnbeck represents in full.

Except that there is no Female Judas because there is no Female Jesus. There are only women. Lots and lots of different kinds of women. Brant gives us three: the aforementioned liberal with her conservative-brand of craziness, her at-first-self-absorbed-then-sympathetic teen and a conservative leader’s daughter who (surprise!) turns out to be not so bad. Hats off to Tara Mallen, Taylor Blim and Jenna Ebersberger who do their best with their pencil-thin characters within the forcefully unsubtle confines of this play.

I find it surprising that the artistic ensemble of Rivendell, an inspiring example of representing women both onstage and off, would choose “Grizzly Mama” to conclude their otherwise personal and moving Body Politic season. As a play, “Grizzly Mama” feels like the embodiment of mansplaining, complete with lack of context, empathy and understanding. Far be it for me to question the meaning this production might have to anyone involved, I am nevertheless perplexed. For while I am always heartened by witnessing and engaging with the stories of women, I believe those stories can, and really should, have greater depth and reach than this. (Kevin Greene)