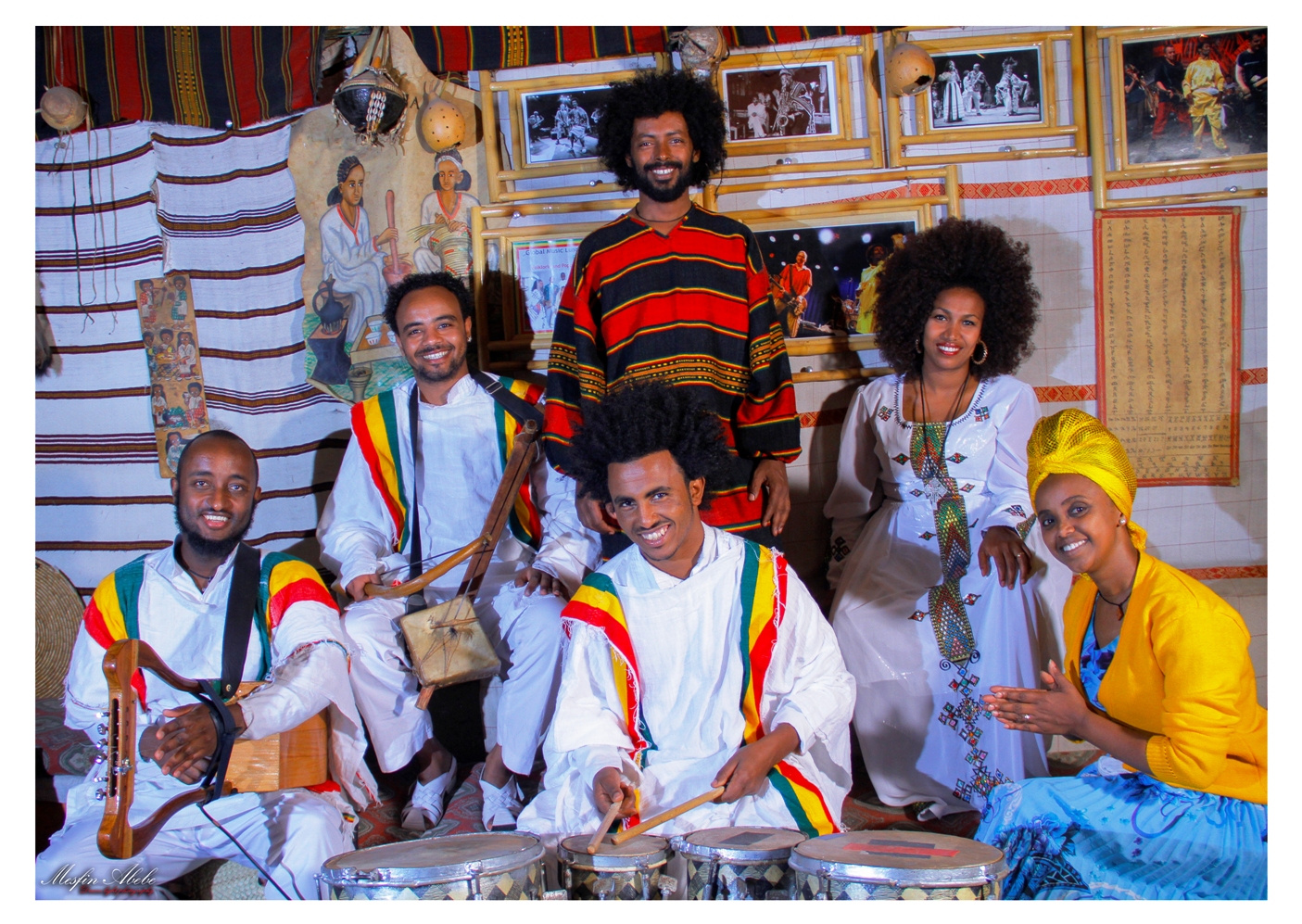 Melaku Belay and his performance group Fendika are ambassadors of traditional Ethiopian music and dance to the world. The six-member ensemble finished a tour of Europe last year, and they come from Addis Ababa to Links Hall/Constellation on Monday, September 19, bringing the ecstatic energy of azmari to Chicago… and inviting local improvisational musicians Joshua Abrams, Tim Daisy, Ben LaMar Gay, Macie Stewart and Mars Williams to sit in on the first set.

Fendika is comprised of four musicians—Fassika Hailu on krar (a lyre), Gizachew Teklemariam on masenko (a one-stringed bowed instrument) and singer Nardos Tesfaw, whose vocals drive the music as powerfully as Mesay Abebaye’s kebero drums—and two dancers, Belay and Zinash Tsegaye. The dancing (Belay specializes in eskista, a traditional trance form) is marked by rapid-fire, highly controlled percussive movements of not only the feet, but shoulders, ribcage and even neck. Video footage of past Fendika performances show Belay and Tsegaye in bright colored, blousey costumes kicking—sometimes low, sometimes high in movements reminiscent of clogging—or stomping down into the earth, energy rebounding up through their bodies. Belay’s solo moments include virtuosic, vibrating isolations of seemingly any vertebrae in his spine he wishes, driven by the music which, fueled in turn by the dancers, crescendo to a joyful union in which the energetic distinction between sound and movement is all but erased. One imagines Links/Constellation will serve as a resonating chamber for the energy of Fendika; but be ready, audience members are often invited to join the dancing. (Sharon Hoyer)