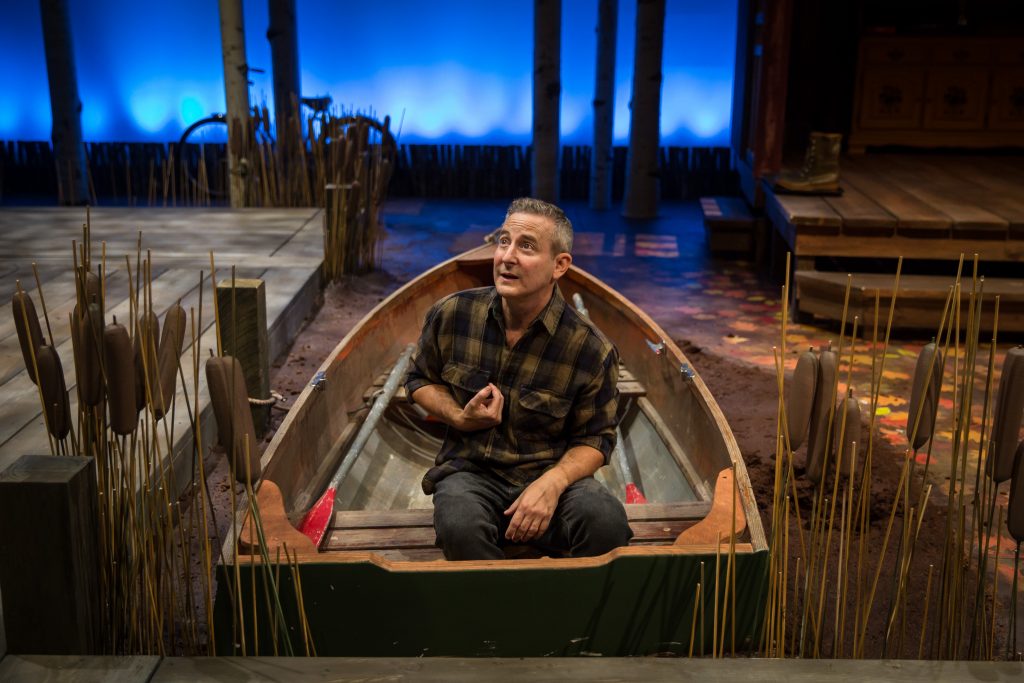 Consider this: The opening line of “Losing My Religion” by R.E.M. “Oh life. It’s bigger, it’s bigger than you and you are not me,” intones Michael Stipe with characteristic self-seriousness. The ability to transform simple ideas into great towers of complexity and contradiction before collapsing it all into the most bittersweet morsel of condensed truth is a form of emotional alchemy that requires a depth of understanding regarding the human condition that is probably, at least in some ways and at some times, entirely unbearable.

However, I do believe, like at least half of the characters in Aaron Posner’s wonderfully funny and adroitly perceptive “Life Sucks,” that life, in fact, does not suck. And, speaking for myself of course, that is due, in part, because this play exists.

“Life Sucks” follows in the tradition of “Stupid Fucking Bird,” a whip-smart script that lambasts academia, indulges melodrama, permits a good measure of direct questioning and allows for elongated and more-than-occasionally indulgently gaseous responses. Playfully directed and skillfully acted, “Life Sucks” is resplendent in its delight for words. Posner drops acorns of wisdom about self-perception, fulfillment, treadmills and unrequited love as he wanders the forest of loneliness, angst and revulsion.

From the “odd, expressionist deconstruction” of a set (set designer Brian Sidney Bembridge seems to have channeled his inner Wes Anderson) to the ever-permeable boundary of the fourth wall, “Life Sucks” is a play that seems to know itself completely even as its characters confess to having no idea what the fuck they are doing. Posner embraces the chaos of contradiction and out of the quagmire he lures both humor and pathos to the surface. In turn, “Life Sucks” becomes that face you make when you’re laughing and crying at the same time.

Opening night concluded, fittingly, with an audience member defending this thing we call life saying, “There’s just so much beauty,” as she wiped away tears.

Or not. It’s your life after all. (Kevin Greene)