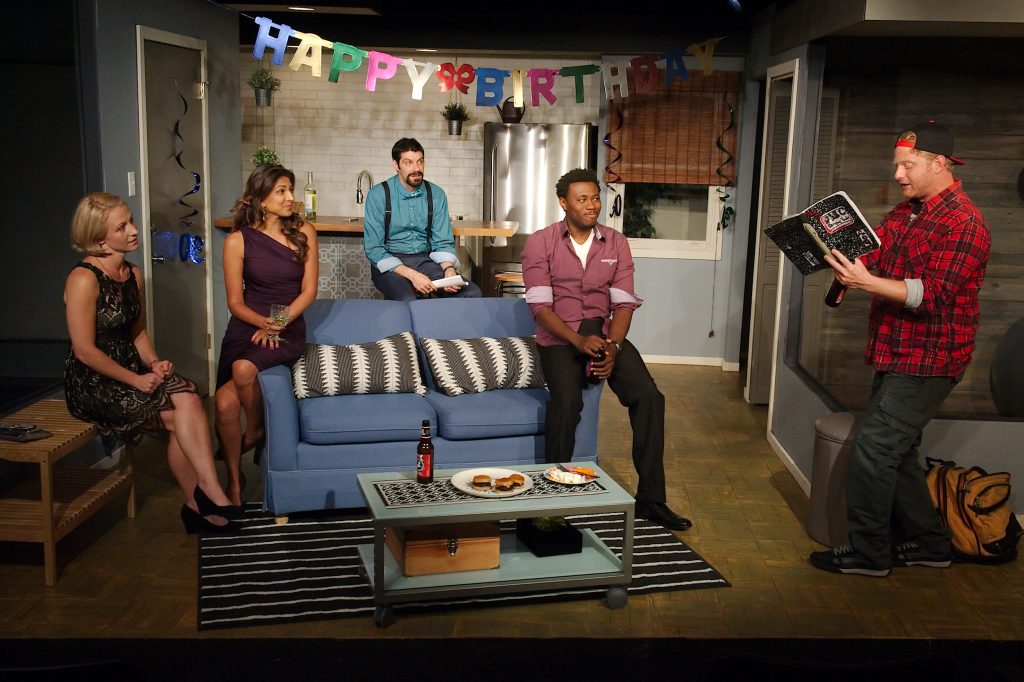 Thirty is a tricky age. It can challenge friendships and bring about a reevaluation of life choices. This is part of the premise of “Carroll Gardens” at 16th Street Theater.

Director Ann Filmer helmed this production and compiled a strong cast for this world premiere written by A. Zell Williams. Gregory Geffrard plays Davis, an Ivy Leaguer and award-winning screenwriter who is on the verge of turning the big three-oh. He’s living with his girlfriend, Quinley (Alex Fisher), and working on his next big project. Everything seems to be going well until a knock on the door reunites Davis with his childhood best friend, Robby (Andy Lutz), who Davis hasn’t seen in years. The arrival of Robby brings out sides of Davis that he’s buried.

Williams’ script is an intricate one—layered and very real. Two young actors, Davu Smith and Rowan Moxley, are used to play Young Davis and Young Robby, respectively. They appear in the first scene but never thereafter. Though it might have been interesting to see more of them throughout the show, Williams does a good job of tying the complexities of Robby and Davis’ friendship together and demonstrating how it has had its ebbs and flows.

“Carroll Gardens” uses issues of class, education and gentrification to explore what it means to grow up versus grow apart. It’s a modern story of friendship that challenges what to hold onto and what—or who—needs to be let go. (Mary Kroeck)