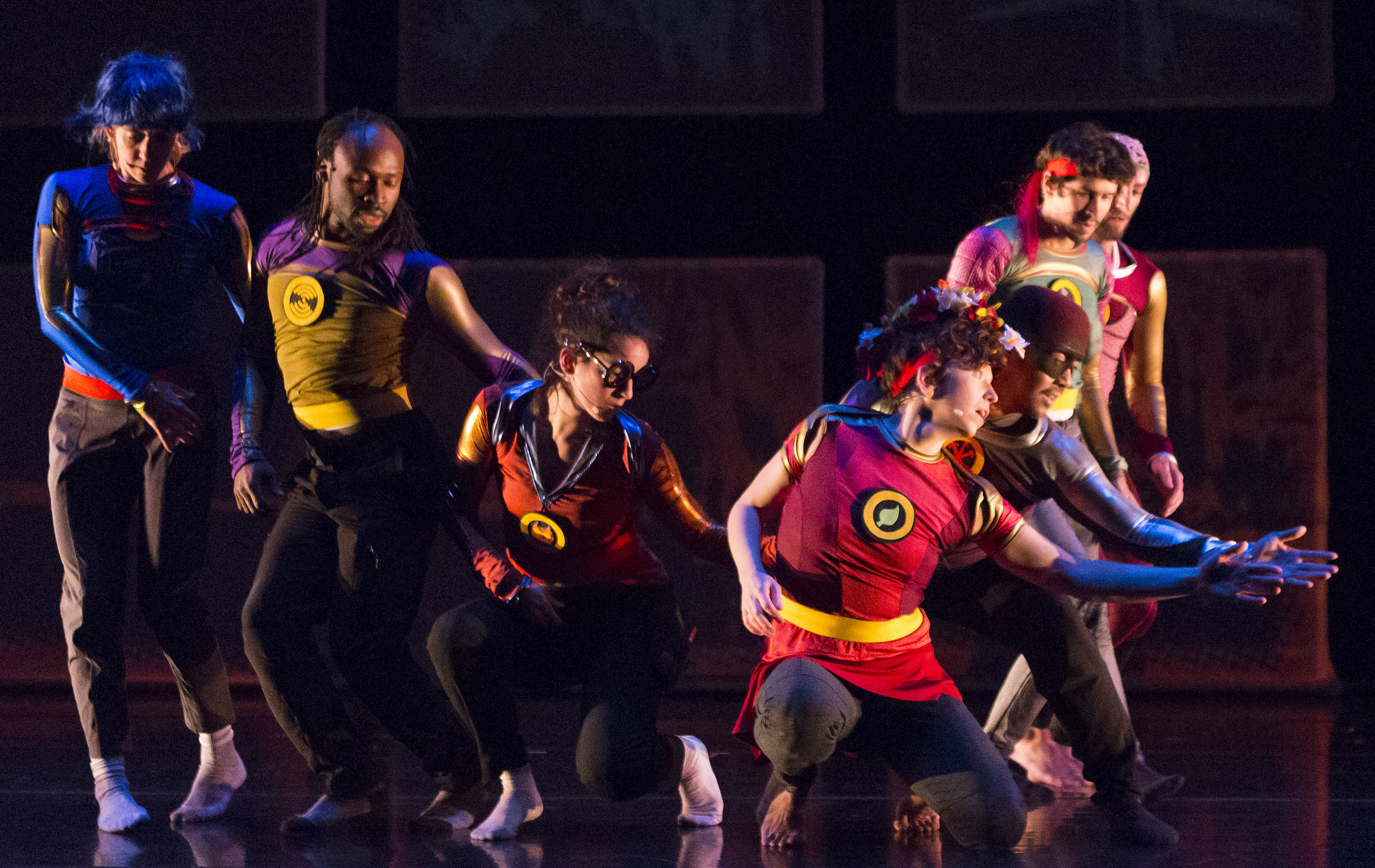 Perhaps the myth of the superhero—an individual with extraordinary powers triumphing over an evil villain—is so appealing because our real-world warriors for justice tend to have the least power in society. They have the fewest resources and do daily battle with the banality of grant proposals, self-doubt, lack of organizational focus, burnout and other mundane forces more crippling than kryptonite. In Lucky Plush Productions’ “Trip the Light Fantastic: The Making of SuperStrip,” playing September 29 through October 1 at the Dance Center for Columbia College, we meet a band of washed-up supers in the throes of workshopping a mission statement and brand… with the aid of a delightfully dry facilitator. Their powers, we find, don’t necessarily eclipse their individual passions, be it social justice, academia, the arts or nurturing children, but perhaps together, armed with some well-crafted PowerPoint slides, that just might be enough.

“Trip the Light Fantastic” premiered last year in a one-night performance that brought down the Harris Theater. It was a big stage for Lucky Plush, whose unique flavor of witty, topical, dialogue-driven musical dance theater had theretofore been seen in small- to mid-sized theaters. Commissioned by the Harris, artistic director Julia Rhoads and the ensemble rose to the challenge, covering the back wall of the stage with a grid of screens suggestive of comic book panels. The projection surfaces added another element of visual play, a place where narrative interludes could splash, cartoon versions of the ensemble would rhythmically appear, or where a brilliantly timed sonic boom would be visually suggested, knocking the cast flat on their backs. “Trip the Light” is Lucky Plush at its finest; the problems of human beings trying to accomplish something together (in this case accomplishing deciding what they’re going to accomplish) is explored with affection and insight, never simplifying or minimizing the complexity of relationships, and delivered in a deliciously gratifying blend of virtuosic dance, song and visual pizazz. It’s also one of the funniest productions yet (which is really saying something); the audience at the Harris laughed heartily from start to finish, rising to their feet with hoots and hollers after the last beat. It will be fun to meet our heroes again a little more up-close and personal in the Dance Center. (Sharon Hoyer)