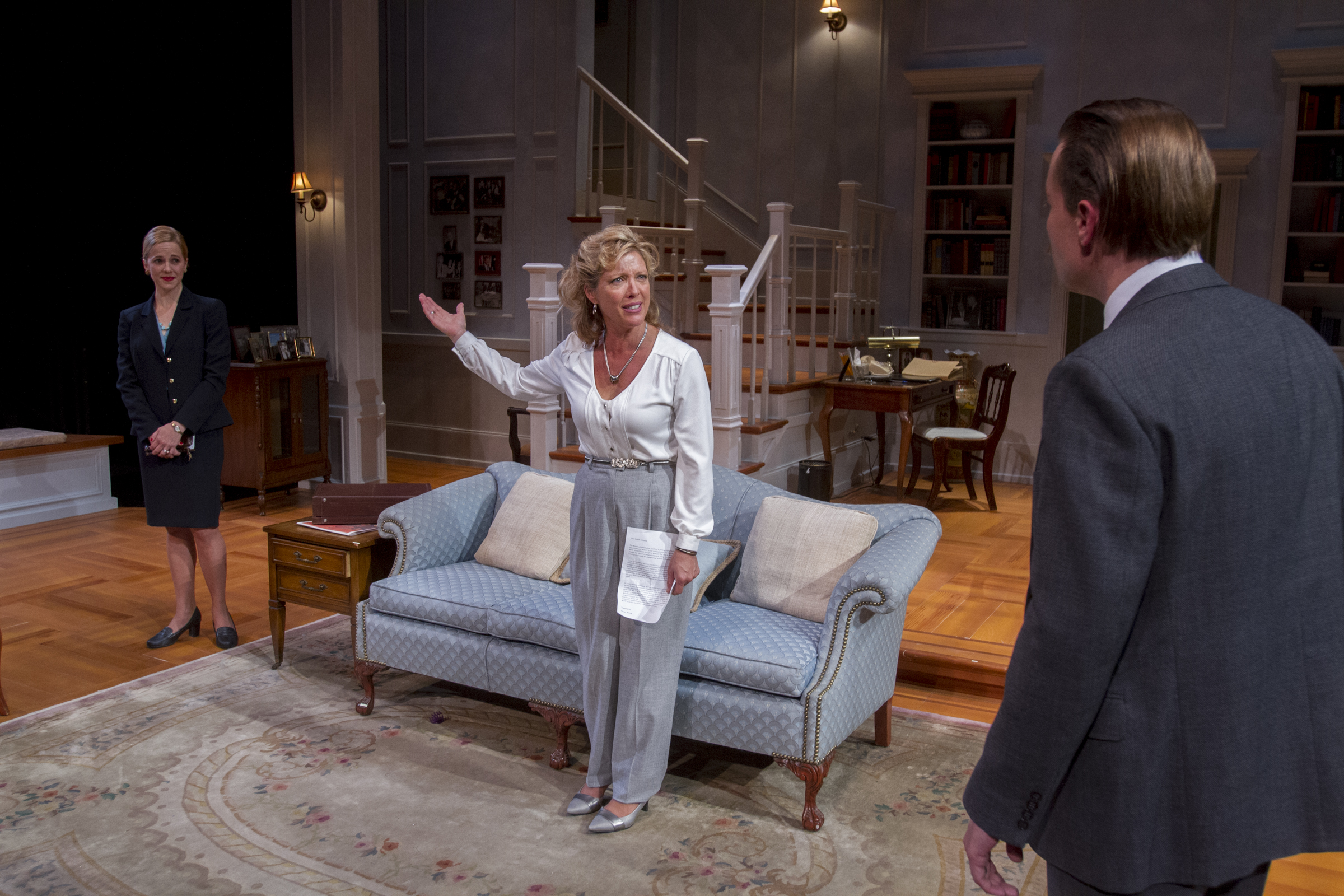 As “The City of Conversation” opens, it is 1979 and Jimmy Carter is intoning his famous (and career-killing) “malaise” speech, officially acknowledging the limits of American exceptionalism. The moment also signals the twilight of the so-called Georgetown Set, the cadre of influential hostesses whose salons served as home base for the capital’s liberal policymakers, journalists and public intellectuals. For better or worse, that world of legislators from both sides of the aisle relaxing over a cigar and cognac is long gone. Anthony Giardina’s stiff, schematic play mourns its passing and blames it on the coming of Reagan conservatism, depicted here not so much as a reactionary political movement as an outbreak of bad manners.

Protagonist Hester Ferris, whose geniality covers an unbending self-righteousness, is a liberal matriarch whose life is knocked out of plumb by the arrival of her son Colin’s fiancée, the ambitious and retrograde Anna. Colin, who has adopted Anna’s right-wing views, is the ping-pong ball bounced between these two stronger female forces. The conflict plays out over thirty years with prolonged arguments over such dimly remembered events as the abortive Ted Kennedy presidential run of 1980 and the failed Robert Bork Supreme Court nomination seven years later serving as dramatic high points.

Lia Mortensen as Hester is energetic but monotonous, thanks to director Marti Lyons’ decision to stage every scene as though it were a Clinton-Trump debate. Mattie Hawkinson does her best with the role of Anna, who is one part opportunist, one part true believer and zero parts plausible human being. Greg Matthew Anderson as both Colin and his grown-up son is serviceable in two equally unrewarding roles. Tim Monsion is entertaining as a garrulous Kentucky senator who alone does not seem to be reading his lines off a Teleprompter.

The play presents the Ferris family quarrel as an allegory of the vanishing of an enlightened bipartisanship that supposedly once ruled in the land. But the tragedy in Washington isn’t the breakdown of a semi-mythical era of civility. Rather it is the breakdown of democracy, as legislators truckle to moneyed donors at the expense of the public. By reducing politics to a conflict between ego-driven Beltway players, the playwright implicitly embraces the insular elitism that makes the system so irrelevant to so many. Despite its liberal pretensions, “City of Conversation” is a show that only one-percenters could love. (Hugh Iglarsh)