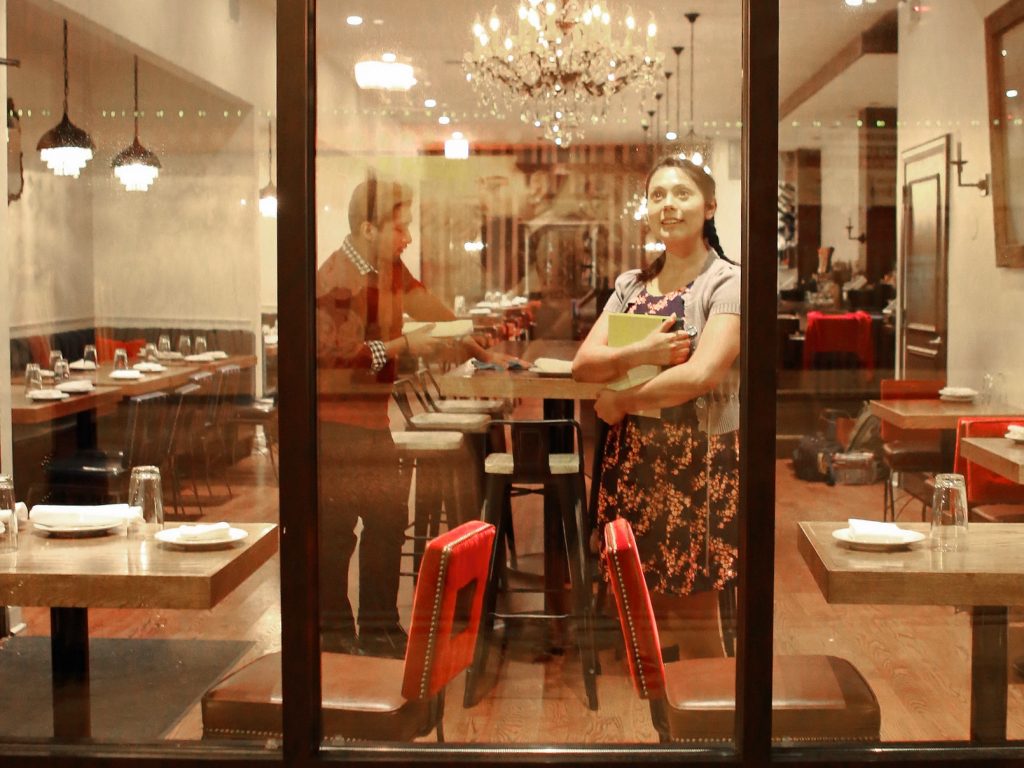 Everything is magical at the Van Gogh Cafe, where possums are the purveyors of peace, miniature muffins multiply to mitigate the miseries of manifold moppets and the food sometimes even cooks itself. Set in the little town of Flowers, Kansas, “The Van Gogh Cafe” begins with a circumstance as paradigmatic as “once upon a time”: A father and daughter, left by the side of I-70 because Mama preferred the glitz of the big city, make it on their own by the sweat of their humble bodies. A partnership between Filament Theatre and Community Tavern brings Cynthia Rylant’s 1995 children’s book to life with charming vivacity, adapted by Andrew J. Lampl and directed by Julie Ritchey. Set in a real restaurant, each episode is accompanied by a taste from the little diner’s menu: A creamy pie, a savory pastry, a zesty salad.

The actors are chipper as they take turns as narrator, swap costumes and roles, scurry out with the latest course and spruce up the café with tinsel and moods. The stories come and go like clouds, resolving faster than a Chicago sky in spring. The plates of food by Joey Beato are heaped so full it’s impossible to leave hungry. (Irene Hsiao)