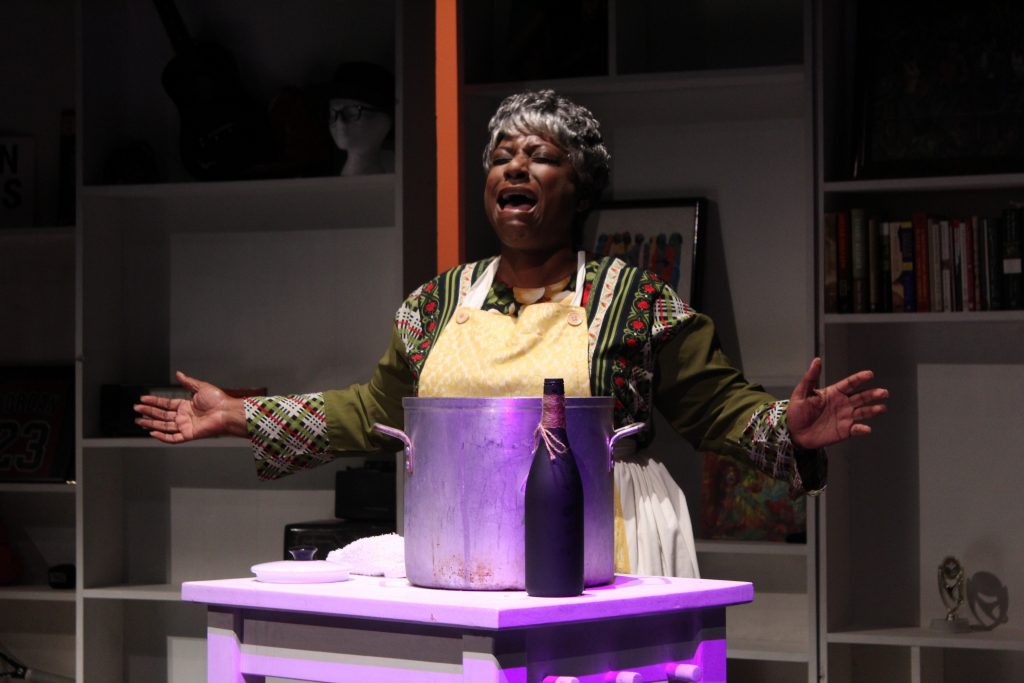 In the wake of the massive civil unrest in our country, Pulse Theatre Company Chicago’s production of George C. Wolfe’s classic satirical play “The Colored Museum” rings timely and relevant. It is a play that turns the question “What does it mean to be an African American in this country?” on its head by not only challenging stereotypes but by bringing to the forefront the truths often overlooked about the resiliency of a culture that outlasted the traumatic Middle Passage.

More so, what makes this piece an absolute joy to watch is the energy this cast injects into Wolfe’s work. The ensemble, which includes Demetra Drayton, Ekia Thomas, Ben F. Locke, Jelani West and Deanna Reed-Foster, all have their respective moments to shine. Each of them efficiently balances humor with the passion needed to emote the seriousness the piece calls for.

Directors Aaron Mitchell Reese and Donterrio Johnson bring a freshness to Wolfe’s work that in lesser hands would make this piece seem dated. But somehow, regardless of the time period, they make the work connect to the now.

While Wolfe’s piece does a lot of criticizing and poking fun at the stereotypes of African-American identity, he leaves us with an element of hope in the final exhibit that is beautifully displayed in this production. He informs us that everything we need, even those things we thought we lost, are inside us. In these times, more than ever, this is a much needed reminder. (Loy Webb)