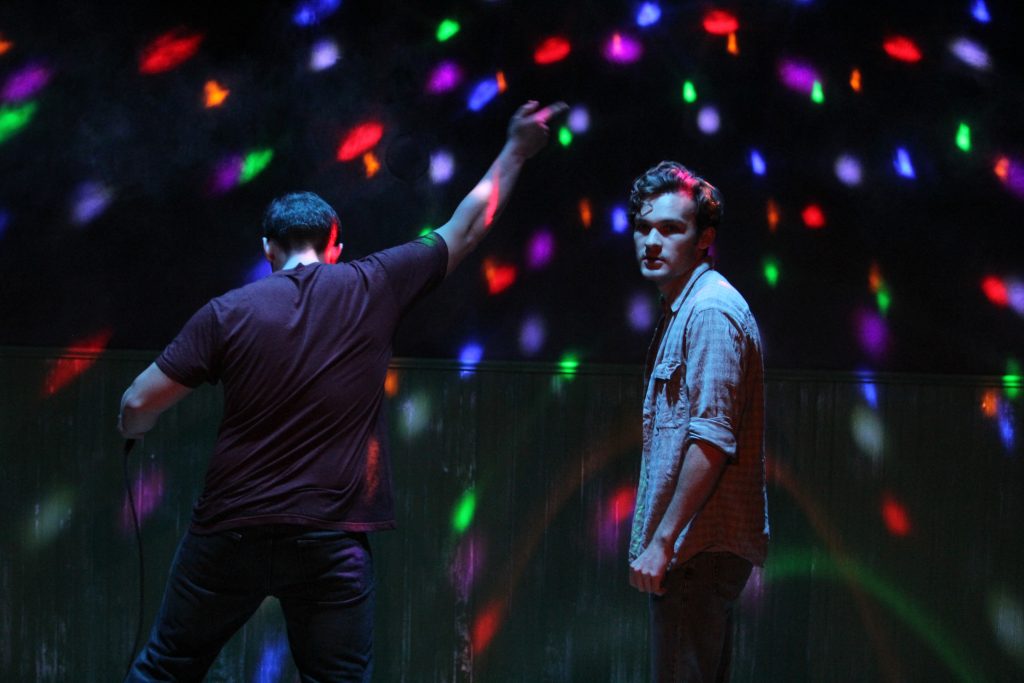 “There’s not many places like Milton,” waxes Darla London, the sole police officer in the fictional town of Milton, Nebraska, the setting for Alex Lubischer’s “Bobbie Clearly.” I would be inclined to disagree with Ms. London. America is full of places like Milton, populated with people who love each other. Who take care of their friends and families. Who are struggling with using “they” as a pronoun. Who had jobs in industries that have since boomed and busted. Who are worried that the world is leaving them behind. And those are just the kinds of people we meet and follow in this engrossing and deeply humane new work about the ripple effects of tragedy. Lubischer’s play humbly asks: Is absolute forgiveness actually possible?

“Bobbie Clearly” is a variation on documentary realism. It’s a study of presentation, or who we are around others. No one in this play is ever in private even when they are alone. The “audience” is implied throughout though never materialized. Is it a documentarian, capturing the aftermath of inexplicable violence? Is it a crowd of citizens gathering for their yearly memorial to mourn the loss of a girl who may or may not have been special? Is it us? Perspective shifts with such smoothness that it becomes invisible. Director Josh Sobel’s vision is clear-eyed, confident and unpretentious. He gracefully follows the guide of his thoughtful source material to dramatically understated yet haunting results.

Thematically and structurally, Lubischer’s world premiere is remarkable, one of the first great new works of this nascent season alongside “Life Sucks” and “good friday.” As is sometimes the case, there is too much talent to do a thorough accounting of but the abundance suits this piece. “Bobbie Clearly” is a collective portrait, a vision of a town (a country, a world) at odds with itself over how it wants to be understood.

“Bobbie Clearly” is like “It’s A Wonderful Life” inverted, all its lessons about goodness and charity distorted and made oblique. And yet, while it doesn’t paint a rosy picture of small-town life, neither does it square with dire straits. Instead, it tenderly embraces the gradient between forgiveness and grievance, the shades that color all of our relationships. (Kevin Greene)