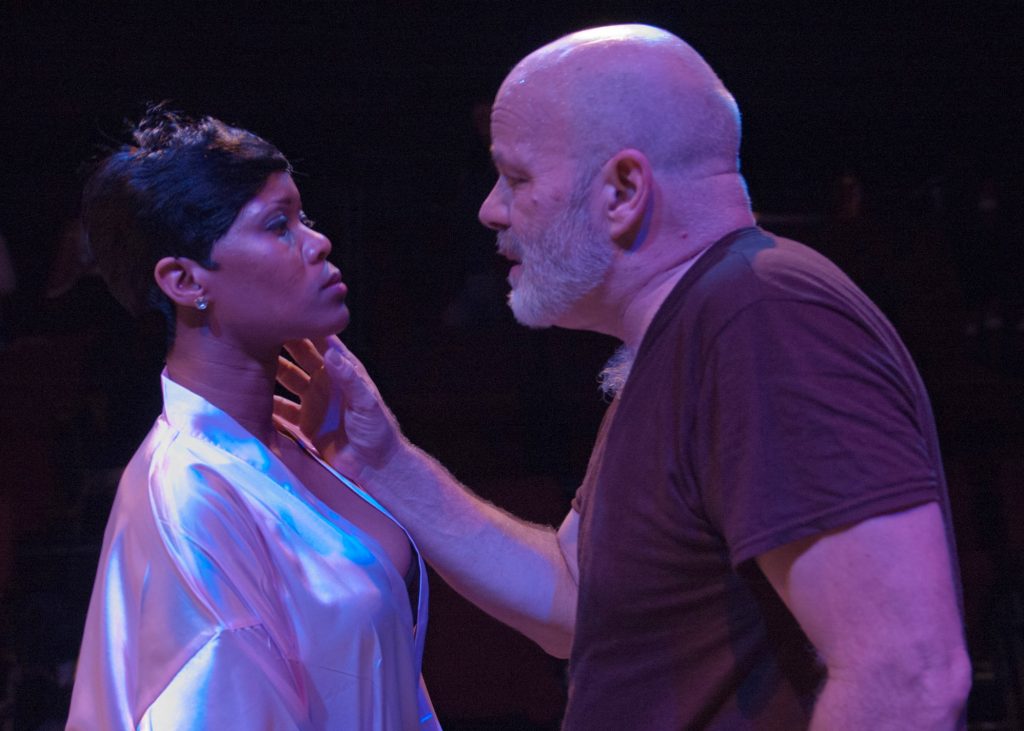 It’s fitting that “The Last Wife,” Kate Hennig’s drama about a royally dysfunctional family, would follow on the heels of Chicago Shakespeare Theater’s “Tug of War: Civil Strife,” which finds the Wars of the Roses subsiding and the rise of the Tudors fast approaching. Hennig’s play, which trades militaristic barbarism for chic brutality, concerns itself with that infamous second-generation Tudor known as Henry VIII and his sixth (and, you guessed it, final) wife, Katherine Parr. Hennig is deeply invested in power dynamics, shifting the image of Henry away from that of a lascivious tyrant while also highlighting the autonomy (or at least the desire thereof) of his wife. With its modern aesthetic, “The Last Wife” is more “House of Cards” than “A Man for All Seasons” and as a production takes some inspired risks.

For this production in particular, TimeLine’s dedication to dramaturgy serves their audience well. Hennig is an attentive scribe who does not seem particularly interested in catering to the historically illiterate among us. That being said, you can still enjoy “The Last Wife”—particularly the worth-the-price-of-admission performance from Steve Pickering as the disarming, sardonic and seductive king—without the abundant background information in the program, though spending time with it will enhance your experience.

Perhaps in an effort to not overstay its welcome, the play’s second half is clipped and fragmented compared to its meatier first. It can feel at times like Hennig’s script may have been better suited to the BBC than the relatively modest stage at TimeLine. This is a big story, one that could use more than two settings, especially given the carnal implications of bedrooms and dining rooms in a narrative that is far more invested in seduction than consummation.

The ethnically and racially diverse cast (in a story where “fairest of them all” could have been taken quite literally) ties nicely to the theme of family as a social rather than biological construct. As Katherine, AnJi White is a good match for Pickering though her affair with the comparably effete Thomas Seymour (Nate Santana) is less believable.

A play of palpable intelligence that occasionally gets distracted by surface sensuality, “The Last Wife” sums itself up nicely in one of many sharp, sexy tete-a-tete’s between Katherine and Henry. As he prepares to go into battle, ill-advisedly, she turns to him to say, “You might not be wise but you are smart.” (Kevin Greene)