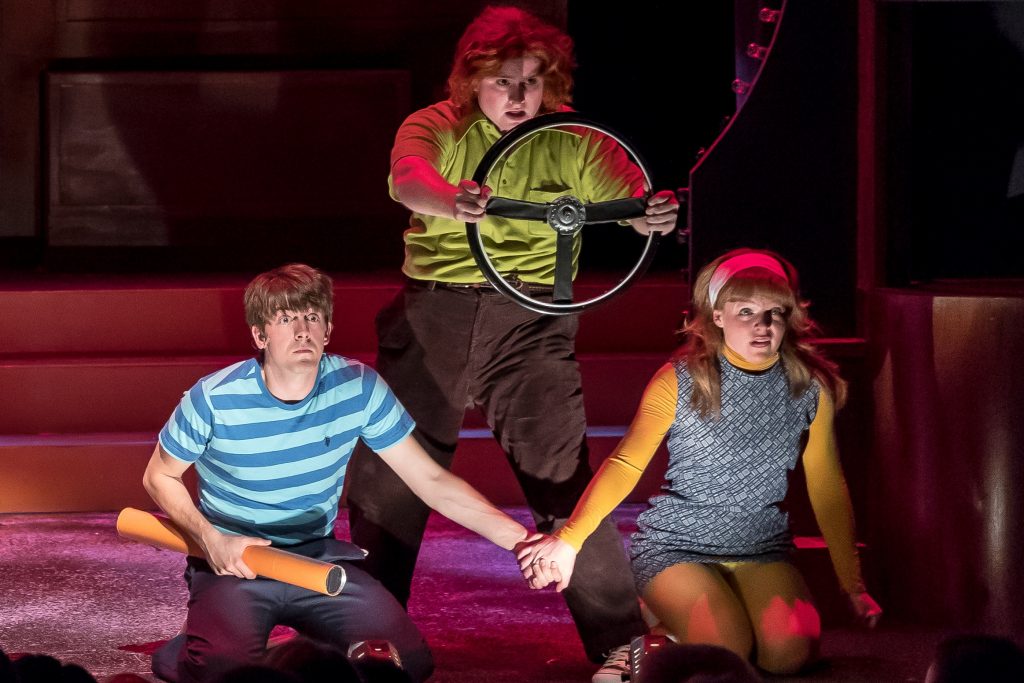 Forget the Capulets and the Montagues, the real drama lies between the houses of Brady and Partridge. First performed at the New York International Fringe Festival in 2011 and then off-Broadway a few years later, Stephen Garvey’s “The Bardy Bunch” is a mashup of classic seventies sitcoms and the works of the great Bard. Done as a musical, the production offers up fifteen classic songs originally performed on one of these flagship shows. The plot points, however, are straight-up Shakespeare and include a healthy dose of star-crossed lovers, fratricide, gory death and the kind of bloody hands that just can’t be cleaned. Mixing the two genres produces a lot of laughs but also plenty of surreal images such as the Brady Bunch biking down the road to “It’s a Sunshine Day” in the company of a bloodstained ghost.

Director Jay Stern perfectly presents a comedy that takes itself seriously enough to be hilarious and doesn’t allow its actors to ever break character. In doing so he transforms the material from silly fun to something special. The overall talent level of the cast is also impressive with Olivia Renteria (Marcia Brady) and Skyler Adams (Keith Partridge) leading the way. This is an ensemble that has the dance moves to do Lorna Ventura’s high-energy choreography justice as well as the vocal talent to make the musical offerings entertaining in their own right.

But the real thrill of the night is watching the two clean cut families engage in over-the-top bloody madness. Heads roll. There is a disturbing uptick in activity at Sam’s Butcher Shop. Yet the play never feels that far removed from the saccharine-sweet, family-friendly sitcoms of my youth. Mike Brady’s (Stef Tovar) lesson to his boys about perseverance, for example, could have been lifted directly from any one of a dozen episodes. That is, of course, until Mr. Brady pulls out a knife and seeks vengeance. Then it becomes an altogether different groovy experience. (Noel Schecter)