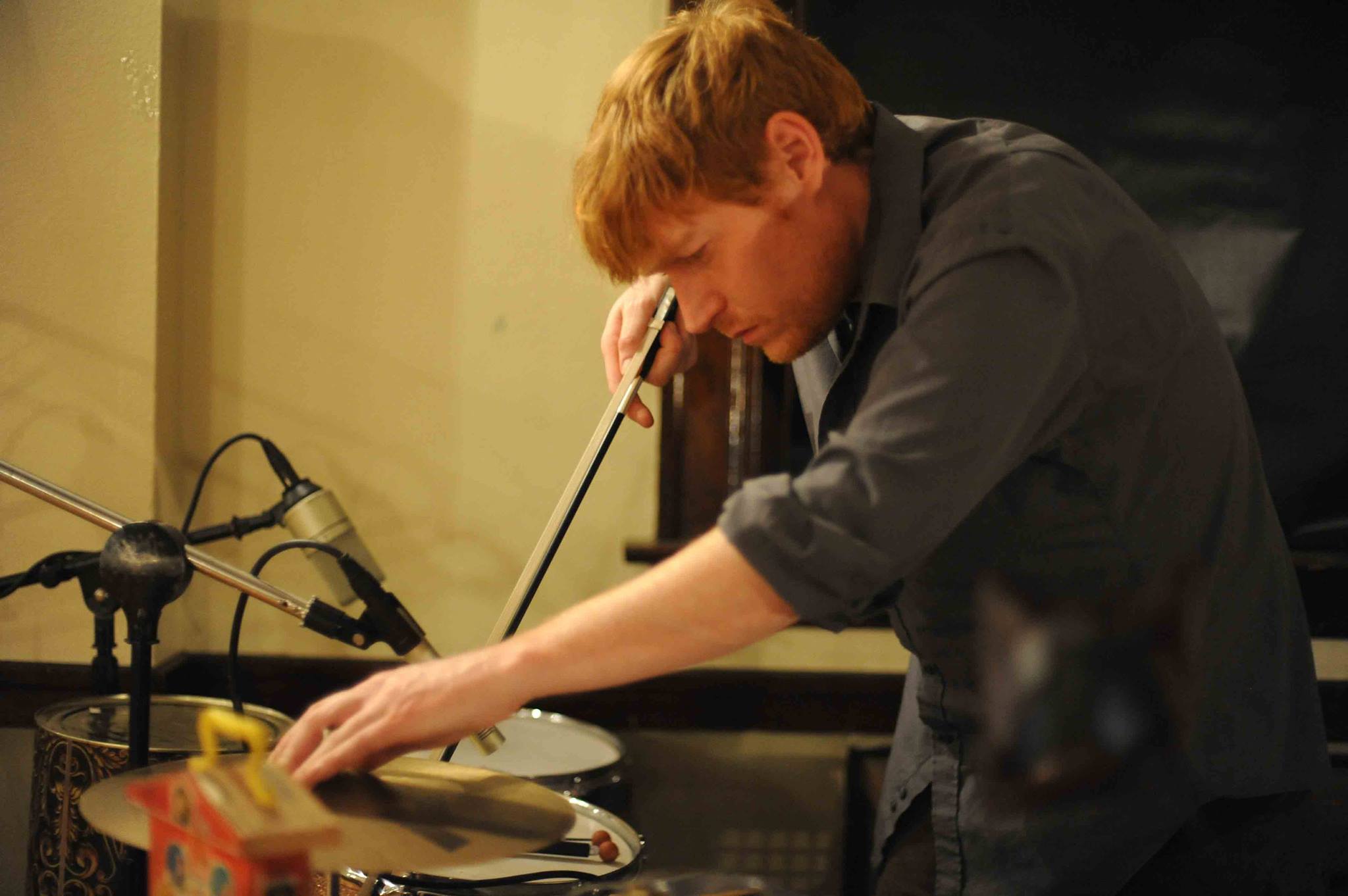 On the heels of a full week’s worth of recording for an upcoming album, Joe St. Charles is recording at Chicago’s Experimental Sound Studio. The sound artist will present a collaboration with dance company Khecari. The show takes place at the Indian Boundary Park where Khecari is Arts Partner in Residence. The artists initially met by accident. “I met Joe when I first moved to Chicago in 2004.” explains Julia Rae Antonick who, along with her partner Jonathan Meyer, comprises Khecari. “I was getting shown an apartment in Rogers Park and they mentioned that the person who was moving out of the unit was a cool guy, a musician and he worked at a restaurant down the street. I signed the lease that day and celebrated with a piece of carrot cake at that restaurant and it ended up being Joe that was my server.”

Owleater is St. Charles’ stage name, taken after his experimental rock/performance group, Typewriter, folded. Versatile with a variety of objects from spoons to cymbals and chemistry beakers to silver goblets, he has worked extensively with dancers around the city, and paired often with Khecari over the past six years.

Audiences should expect the indulgences that mark St. Charles’ entrancing, quick-handed work. He’s a dancer’s musician and you may feel the urge to move. “We haven’t had a show back in the Nature Center since we premiered ‘Oubliette’ there so we are excited to host a show there again,” says Antonick. “This performance is a way for us to feature Joe St. Charles and his work without having it embedded in a dance performance as we usually do. People can just simply watch him perform and he has the freedom to play whatever he wants without Jonathan and me directing it.” (Michael Workman)