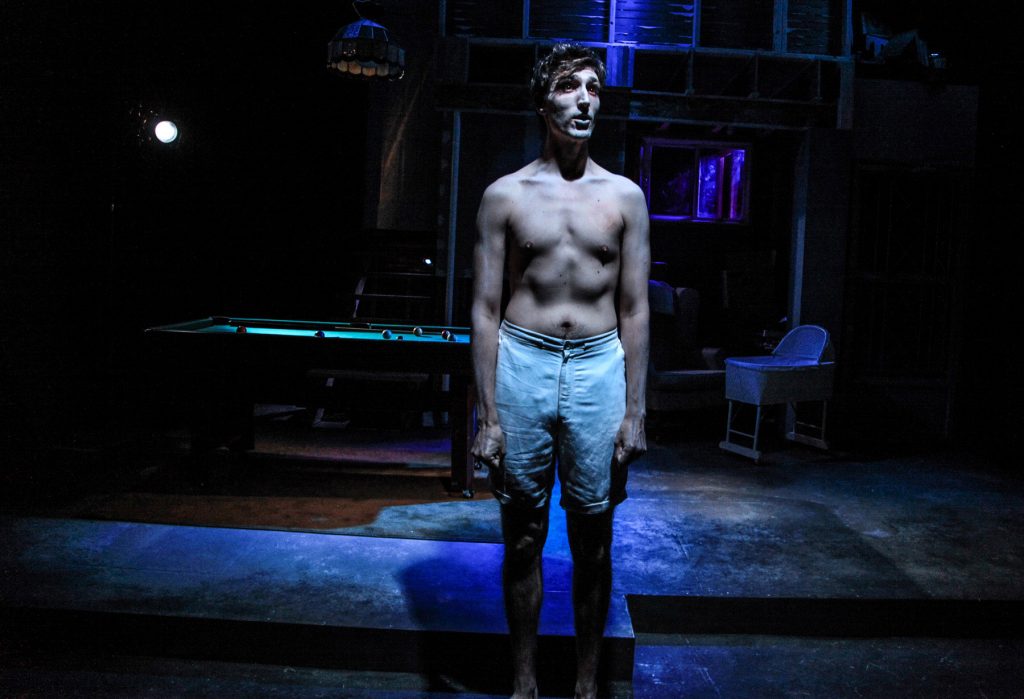 Jen Silverman’s “Still” is a variation on the dead-kid play, a genre more uncomfortably common than you might expect. And while there may not be many plays that focus on children who die before they are even born, much of the thematic material remains the same. Silverman’s strange play takes certain things for granted under the presumption that the impact of her chosen topic will travel directly to us even as it takes detour after detour.

The most problematic aspect of this play is that the laws of its universe are unclear. Nearly everything here works against cohesion: The set looks unintentionally cheap; a rollout pool table serves as the only indication that we are moving from one ill-defined location to another. The acting is generally stilted, which works well for the stillborn Constantinople (Matthew Nerber) who is arguably the focal point of the play, but the unshakeable sense of affectation generally works against the play’s more confessional moments, many of which feel deliberate and inauthentic.

Absurdity works against morality. Yet Silverman seems to be writing more for a clutched-hanky audience than one that might prefer abstraction to reason, judgment to sympathy or intellect to emotion. That her play adheres to patterns of wish fulfillment is not necessarily a bad thing. But to fight a battle against your impulses as a playwright and expect people to pay money for it is indulgent. As a relatively young work, “Still” sees what it wants to be but hasn’t accepted what it is yet. (Kevin Greene)