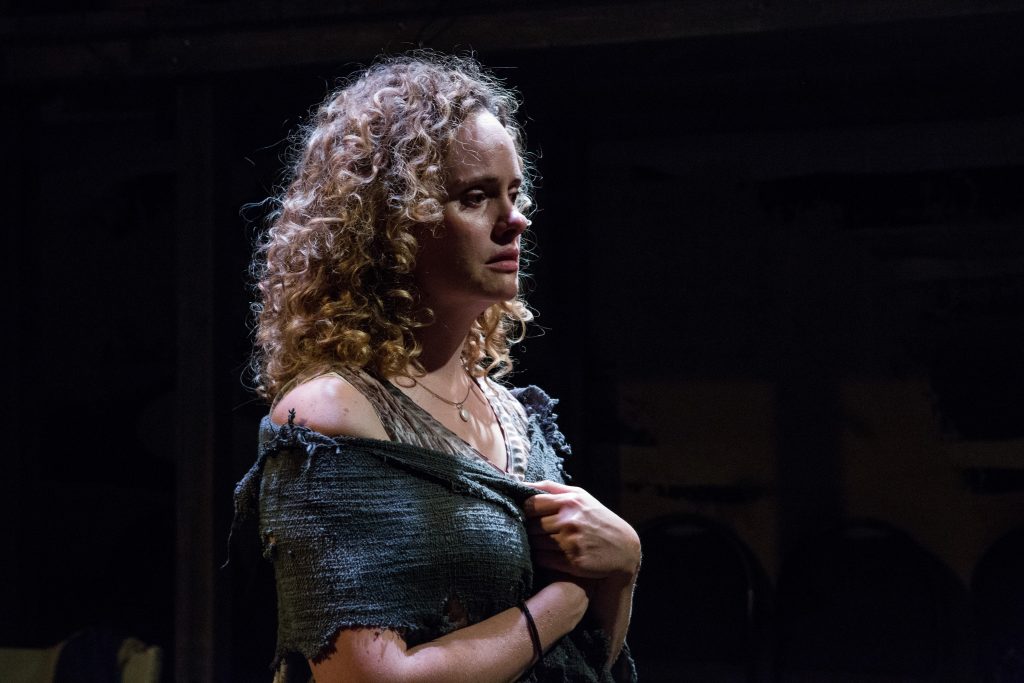 The mantra of Melissa Ross’ “A Life Extra Ordinary” is simple: Everything is going to be okay. For a phrase that is frequently used to provide comfort, it is really the colloquial equivalent of pointing out that the glass is neither half full nor half empty. This comme ci, comme ça philosophy is etched into Ross’ play, a murder mystery that strolls impassively down memory lane.

Ross’ play is equally elusive and inconclusive. It seems to suggest that the verdict is less important than the figurative trial of our lives, if we can lift that word from its overwhelming negative connotations. Director John Gawlik attentively sculpts individual scenes and the quality of acting scales from good to excellent with Darci Nalepa and Cyd Blakewell offering stirring performances that deserve to be seen in close up.

Speaking of: “A Life Extra Ordinary” echoes the conventions of procedurals, a genre more often reserved for film and television than the stage. No matter. Daniel Friedman’s lights and Christopher Kriz’s sound quickly dispense with suspension of disbelief, transforming each new corner of the theater into a childhood bedroom, a police station or a fishing boat while Sarah JHP Watkins’ scenic design captures an afterlife that is part attic, part waiting room.

And it is well worth their time and effort as the storefront theater, despite being versatile, poses dilemmas in terms of staging. The production is set up alley style, an arrangement ill-suited to the space. With part of “The Grapes of Wrath” set seeming left in place, certain crucial scenes are hidden from view for some. Perhaps The Gift will knock down the price on these partially obstructed seats as removing them altogether would call for a considerable amount of reblocking.

“A Life Extra Ordinary” doesn’t illuminate any new corners of the mortality dilemma. While it occasionally dips into existential platitudes, Ross and Gawlik by and large keep things unsentimental by focusing on specifics and separating the politics from the personal. In focusing on the unspectacular nature of death, the play suggests that since no single life is precious than perhaps all life is. (Kevin Greene)