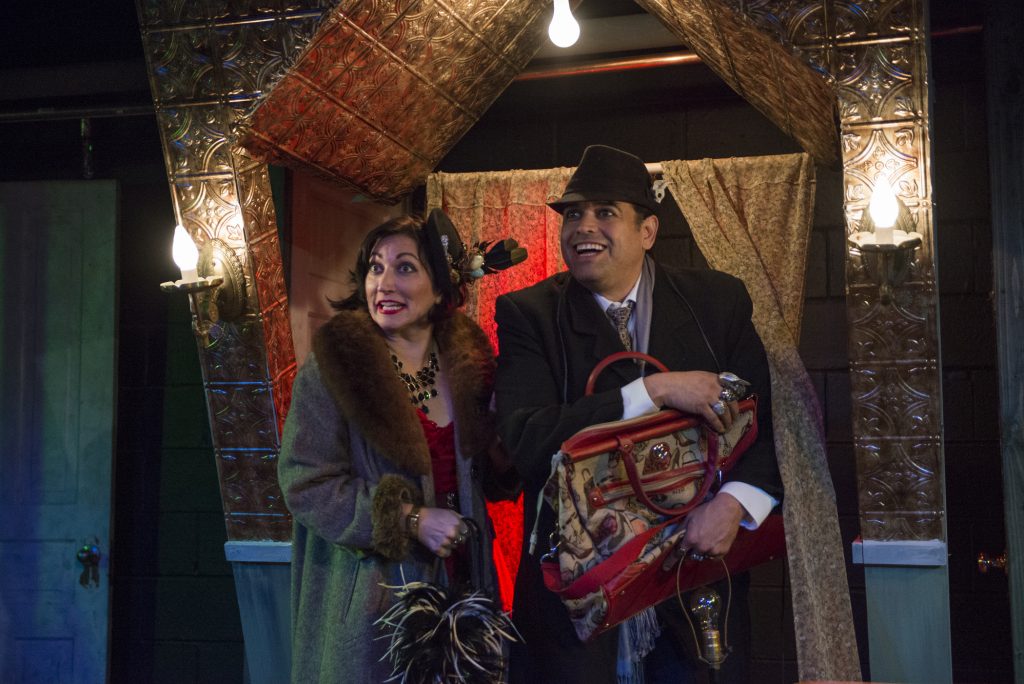 Small talk is the hallmark of alienation. By virtue of its contradictory proximity (at the same time both small and far), it allows us to stay distant and attempt closure. How do we appeal to this paradox?

We keep talking. “The Room” by Harold Pinter is an attempt to broach this contradiction. His first work takes place in a single room (“cozy,” many guests tell us) and includes, among other things in director Dado’s production, potatoes. Despite the warmth allegedly ebbing from the walls, it’s still claustrophobic by virtue of its main player, Rose (Kirsten Fitzgerald), who can’t help her constant fear. Her endless occupation of the space, even on the rare occasions where she doesn’t speak, warps the walls closer in.

And when she tries to control it, that same fear closes in even more. Within the lonely transitions, Rose rearranges the furniture and moves potatoes around. Her landlord, Mr. Kidd (Anish Jethmalani), interrupts, speaking about his maybe-fictional deceased sister and delivering pernicious messages from the basement tenant. And interlopers Mrs. Sands and Mr. Sands (Mierka Girten and Dano Duran) occupy the flat, marking their territory with black feathers. Maybe Rose has reasons to be fearful.

But what action is warranted? How do we cope with terror? We exert control. Rose moves the furniture, turns the lights, puzzles over the potatoes and swings through the room trying desperately to exercise her power in the only space that might be hers. But obsession with the Other, whether that be the Sands or whomever may be in the basement, only fortifies her powerlessness.

In the hour runtime, we’re under duress; Pinter’s early plays, the comedies of menace, are quite funny at the cost of their participants, both performers and audience. Helplessness and the madness of language seeps out from the doors lining the back wall and Dado’s decision to eschew some Pinterian conventions is beneficial. We’re steeped deep in this world of terror and alienation. Fitzgerald’s performance is nerve-wracking and the Sands are spooky as hell.

“The Room” confronts the impossibility of connecting with Others when one cannot truly see them. But isn’t that what small talk is for? (Jay Van Ort)