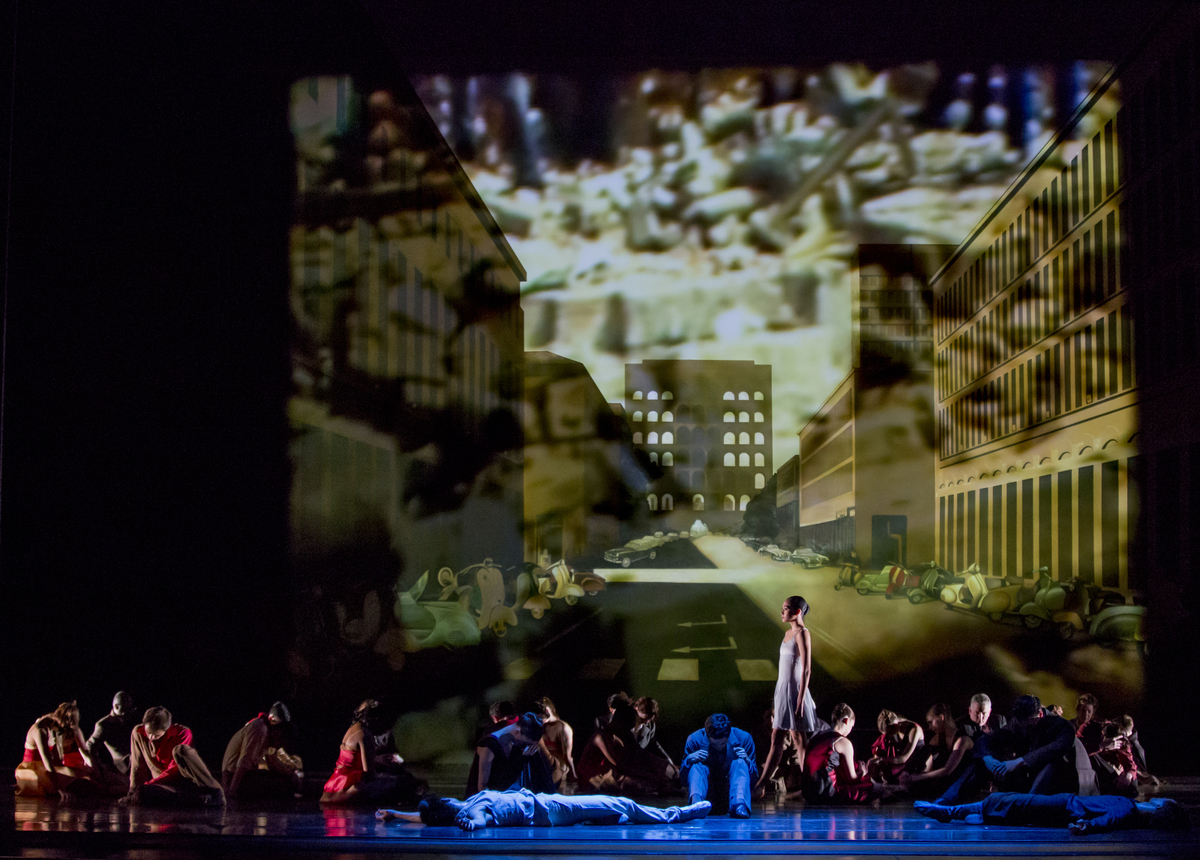 The Joffrey Ballet presents Polish National Ballet Director Krzysztof Pastor’s “Romeo and Juliet” as part of Shakespeare 400 Chicago at the Auditorium Theatre October 13-23. The evening-length ballet is set in twentieth-century Italy during three periods of fascist and reactionary political movements. We spoke with Ashley Wheater, artistic director of the Joffrey, about Pastor’s interpretation of the Bard’s tale and how it continues to speak to us today.

I understand that Pastor was inspired to choreograph a “Romeo and Juliet” by real-life events.
Yes. During the war in Sarajevo, there was an eyewitness account of a young couple, one Christian, one Muslim, shot dead on a bridge. No one picked them up for four days. For Krzysztof, war and love live in polar opposites but are indelibly connected. In Shakespeare’s writing you see his understanding that conflict never ceased and never will. But within it people find love. Today, interracial, interfaith couples find romance but still meet with resistance from families. Amidst hatred and conflict people find love.

Barbara Gaines [founder and artistic director of the Chicago Shakespeare Theater] is an inspiration; she’s unafraid to take risk. As someone who really understands the Bard’s work, she found it an amazing, compelling interpretation.

Could you tell me a little about the structure of the acts?
Act one is set in the 1930s, act two in the 1950s and act three could be any time, or today. There are no scene changes: they evolve, one after another. Pastor worked with a dramaturge, which kept clarity around what he’s trying to say.

And that is that it goes on and on. Though we lose those we love, we don’t learn our lesson. It’s a tragedy about our own humanity I find refreshing. Shakespeare’s work is so open to interpretation of time, place and idea. Can we focus on one part of the story and still have a satisfying theatrical moment that expresses something poignant?

And particularly so here and now…
The fact that we have so much conflict in our own city, that the world is in a state of chaos. We should ask ourselves what can we learn from this? (Sharon Hoyer)