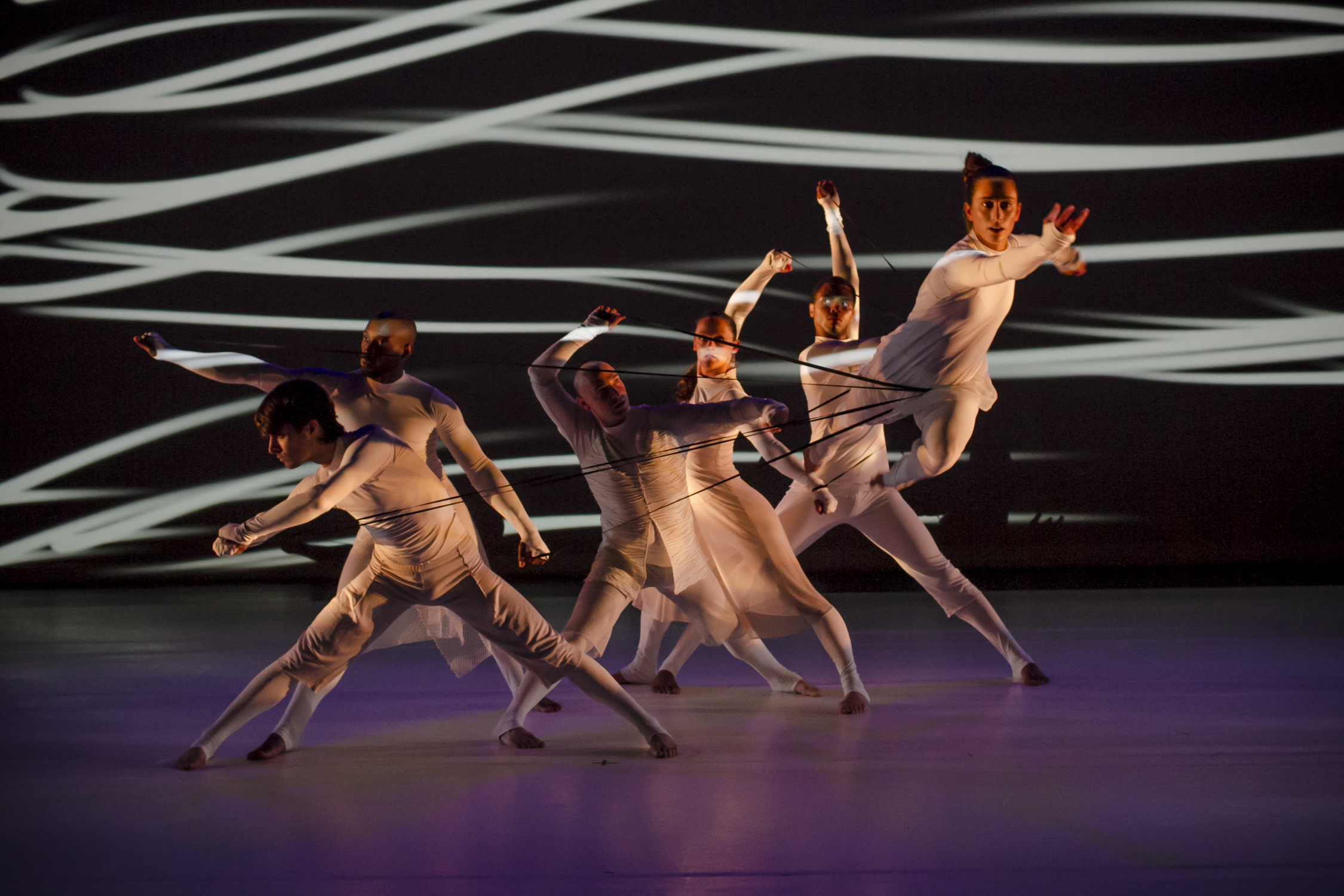 The Seldoms in “The Fifth” Photo: Matthew Greggory Hollis

Philip Elson is an ensemble member of The Seldoms, a Chicago-based dance company known for topical, thought-provoking dance theater. Elson is the first company member commissioned to make an evening-length work for The Seldoms; his “The Fifth,” which looks at surveillance, whistleblowers and hacktivism, premieres at the Dance Center of Columbia College October 13-15. We talk with Elson about his background, his inspirations and his new piece.

Are you originally from Chicago? What initially got you interested in dance?
I grew up in Fort Worth, Texas. By age three I was enrolled in gymnastics and dance classes. Around age nine they were both demanding more time if I was going to advance and my mom told me I had to make a choice between the two. So of course, I wanted to spend more of my time dancing. It was fun, I loved the physical challenge of growing technically, and dance allowed me to be more social and express myself in a way I couldn’t otherwise. I knew dance was something more special to me when my mom passed away when I was thirteen.

Can you tell us a little about some of the other dancers and companies you’ve worked with over the years and how they’ve influenced the work you’re making now?
Most of my early years with dance was more on the commercial side of things. I performed in commercials, pageants, musicals, and tried to dip my toes into the TV industry for a minute. When I first went to college at New York University I studied musical theater, but something was missing. I realized I didn’t want to be in the Broadway spotlight and began to grow a strange stage fright when I had to sing by myself in front of other people. I left school and returned to Texas to figure out where I wanted to go in life. I attended Collin College to continue with some general studies as I sought a new path forward. It was there that I met Lesley Snelson, faculty member at Collin College and artistic director of Muscle Memory Dance Theatre. She invited me to perform with the company and in time to create a co-choreographed piece with her. This was a turning point in my dance life. It was the first time that I was invited to view choreography as a type of movement research. Lesley unlocked a new world in contemporary dance that I never had explored. As it came time to look for a new university to continue my studies in dance, Lesley urged me to look beyond. She kept telling me, “You have to get out of Texas. You can always come back.” So I looked outside of the Lone Star state and found my way to Columbia College Chicago.

My three years at this institution profoundly catapulted my way of dancing, making dance and understanding the relationship of dance and society. Bonnie Brooks, Darrell Jones, Richard Woodbury, Raquel Monroe, Peter Carpenter and Lisa Gonzales were just a few of the people that challenged me and guided me to a higher level with dance. While at Columbia I also met Carrie Hanson first as a contemporary technique and experiential anatomy professor. While her student I also auditioned to join The Seldoms.

I first saw The Seldoms perform before my first semester at Columbia began. “Convergence,” a site-specific dance in an empty 17,000-square-foot garage was an overwhelming performance of raw athletic prowess and subtle, nuanced movements that left me in a trance. After seeing this show I knew I wanted to perform with this company. I also had the immense pleasure of dancing with Jonathan Meyer/Khecari Dance Theater in “The Waking Room.” After graduating from college I moved to Portland, Oregon to work with a performance group called tEEth. I only worked with this company for ten months, but once again I found myself in a process that shattered preconceived notions about what dance making looks and feels like. I returned to Chicago to continue working with The Seldoms and since that time I have also worked with Paige Caldarella, Joanna Rosenthal/Same Planet Different World and Colleen Halloran to name a few. These three voices stand out amongst the rest because they brought me back to a human understanding of movement; the instinct behind movement and how that enhances a performers ability to be live and present in every performance.

You also make work as a sound designer and editor. How has that work influenced how you craft dance performances?
So many of my early works have sound designs that I’ve made or had a very heavy influence in. This has probably been both good and bad. I’m trying to distance myself more from the collaborative elements in my own work. This way someone else’s ideas may broaden the overall picture. My experience as a sound designer/editor gives me a better vocabulary to be able to speak with other sound artists. I have the ability to describe sound as a dance element to those artists, describing how sound has its own performance and how that relates to other elements of the choreography.

“The Fifth,” your upcoming work at the Dance Center, is your first full-length work for The Seldoms. How did it come about? And why did you choose the amorphous space of the internet as a new battleground for state secrecy and espionage as a theme?
Just over two years ago The Seldoms were looking ahead to the future and deciding what works would be part of our upcoming seasons. We knew that we were going to embark on our first national tour with “Power Goes,” and Carrie was already in process of creating “RockCitizen.” Carrie had a conversation with Christina Gonzalez-Gillett [assistant director] and myself about opening up the creative voice of The Seldoms.

I’ve grown up with the evolution of personal digital technologies. I’ve always been interested in the application of new technology both in the theaters and in people’s homes. With any new advancement in technology there is always fear of the unknown, and courage on behalf of early adopters who take risks to define how these technologies will be used and treated. As an early graduate from Columbia I needed a part-time job to help supplement my income while dancing. I found myself working for Apple and becoming further connected to people who are taking the plunge to more deeply interweave their lives with technology. In 2014 I premiered my first evening-length work, “Terms and Conditions,” which dealt with the process of reconciling privacy and identity in the digital world. In part I hope “The Fifth” has the ability to demystify some of the startling stories we hear about whistleblowers and hackers. A lot of these people are easily branded as heroes or villains, especially in the cases of Edward Snowden, Julian Assange and Chelsea Manning, to name a few. Sure, there is plenty of collateral damage surrounding their actions, however there is also new knowledge, awareness and understanding of our society, government and global relationships as a result. I’m not making a piece that says these people or what they have done is good or bad. I strove to make a dance that peels away the layers of technology to learn more about the people who are capable of these great, life-altering, events.