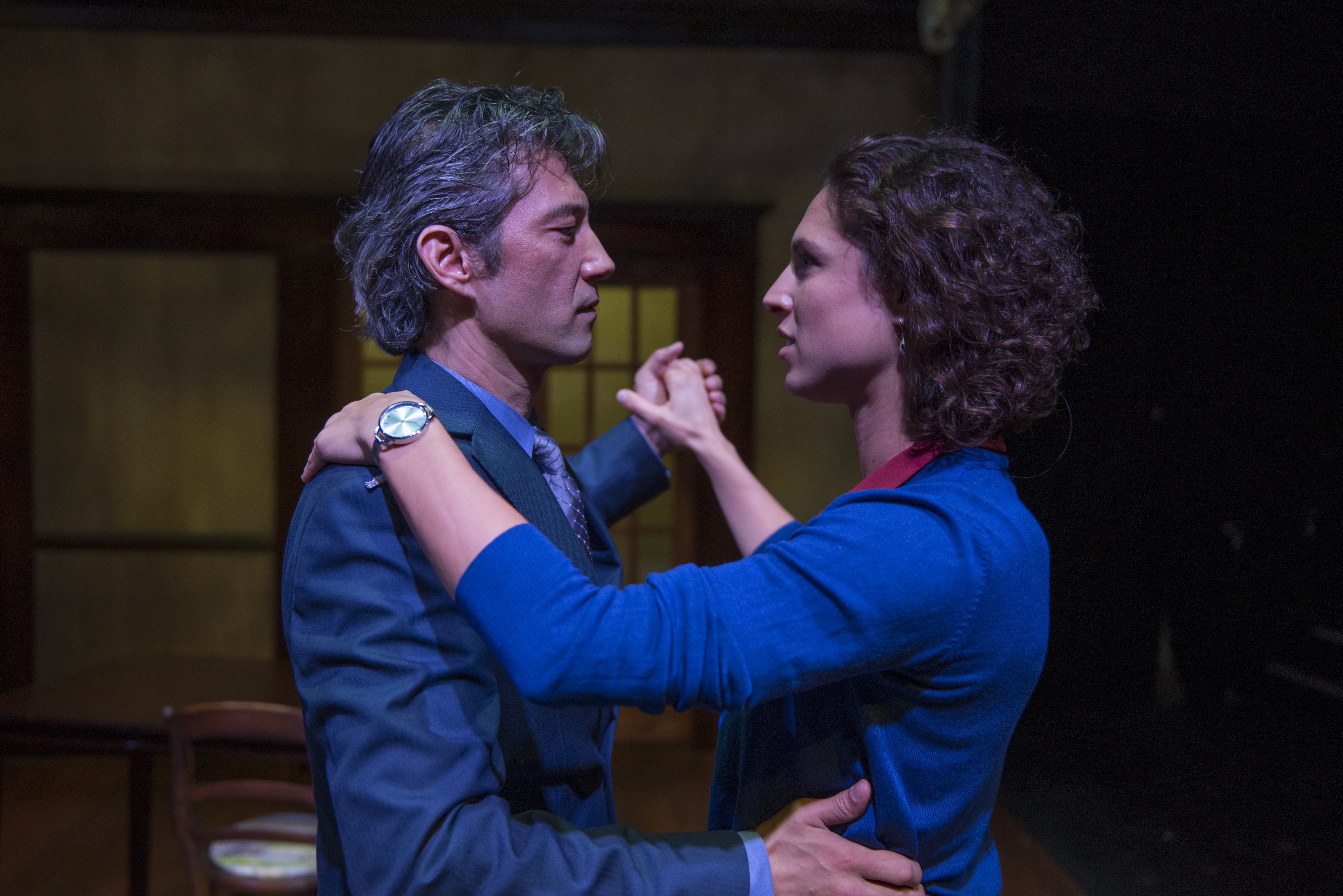 “I care too much” is the textbook response to the question, “What is your biggest weakness?” And yet, in Jeff Daniels’ “Apartment 3A” this platitude becomes a legitimate character trait in Annie Wilson, the pathologically passionate public entertainment servant. Alongside the singularly obstinate Annie is Elliot who is fixated on her (romantically we are assured; he’s Catholic, after all) to such a degree that he sees past her myriad glaring faults. Toss in a mysterious devoted neighbor and you have a ménage à trois of the most banal variety.

It isn’t that director Ron OJ Parson or any of his cast aren’t invested in this material. In fact they seem to be trying to a great degree. In the actors that dedication results in fine performances all around especially from Eleni Pappageorge as the lead, who truly sparkles in her moments of revelation. Daniel Smith is impossibly charming even as he rattles off stinkers like, “Mister Half-Right turned out to be Mister All Right.” Jose “Tony” Garcia elicits plentiful “Aw”s as this play’s Teddy bear/whipping boy and is the tool of its most memorable scene.

For his part, Parson is stuck with a flat stage, which he does his best to combat though the scene work inevitably becomes tired and repetitive. Elsewhere, other design choices seem inexplicable: A series of pipes light up at random as if this were Blue Man Group and not a luxury off-Loop theater. A sound booth set in the corner seems designed more to advertise the production budget than to assist in telling the story.

But what really limits Parson and company is Daniels’ pedestrian script, which is hampered by middling philosophy and romantic clichés, ranging from annoying to stigmatizing. There are too many to point out individually, so suffice it to say that Daniels evidently feels comfortable endorsing many of the unrealistic values that plague portrayals of romance on the big and small screen. That he insists on tying romance to religion is the proverbial straw for this devout atheist.

Admittedly there are some good laughs, a few of them concerning the public broadcast of polar bear erotica. However it wasn’t enough to make me want to spend any more time than I had to in “Apartment 3A.” (Kevin Greene)