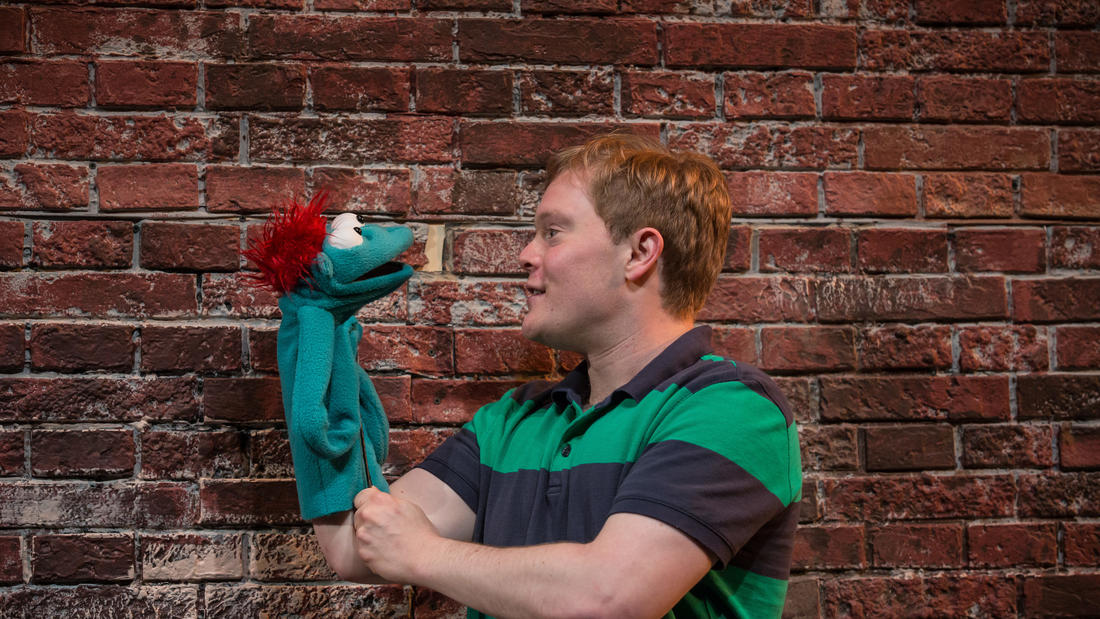 The devil made me do it.

Robert Askins’ “Hand to God” deals in equal parts with possession and responsibility. Jason’s hand-puppet Tyrone (Alex Weisman in a virtuosic turn as both puppeteer and actor) is evidently occupied by a demon, devil or alternate self. Following his father’s death, his mother Margery (Janelle Snow) begins a puppet ministry at their church, facilitated by Pastor Greg (Eric Slater), to occupy herself and her son. Other participants include Jessica (Nina Ganet) and Timothy (Curtis Edward Jackson).

Director Gary Griffin’s production is sharp, peeling back layers of flesh, blood and tissue until we hit bone. Margery’s inability to cope and acknowledge her own issues reflects back on Jason who has his own shit to deal with. Timothy’s pubescent love-lust that he can’t help but demonstrate balances pastor Greg’s impotent lust-love that he’s too “pussy” to express. Sexist language aside, the courage required for vulnerability or patience is scarce and God doesn’t make an appearance. Instead, the Judeo-Christian He is consigned to proclamations of faith and the weird church posters.

Of all in this play, Jessica seems to be the most emotionally well-adjusted though she’s a little short on stage time, especially given Ganet’s smart, full portrayal. Throughout, the acting reinforces and enhances the script. Snow’s portrayal of a woman in grief moves through multiple layers of pain. Her devotion to absolution and necessity drives much of the show and quite easily; she’s worth the price of admission alone.

But Weisman’s work as a teenager surviving grief, sexual want, shyness and bullying alongside his performance as Tyrone is excellent. His possession (don’t excuse the pun) of both roles is commanding. Tyrone’s existence is fascinatingly ambiguous and serves as testament to Weisman’s work.

If there’s a flaw with this script it’s a lack of commentary on the actual nature of grief. Instead it focuses entirely on communication or lack thereof. But isn’t that what shame’s about? How you incriminate yourself and disguise fears about yourself and others? (Jay Van Ort)