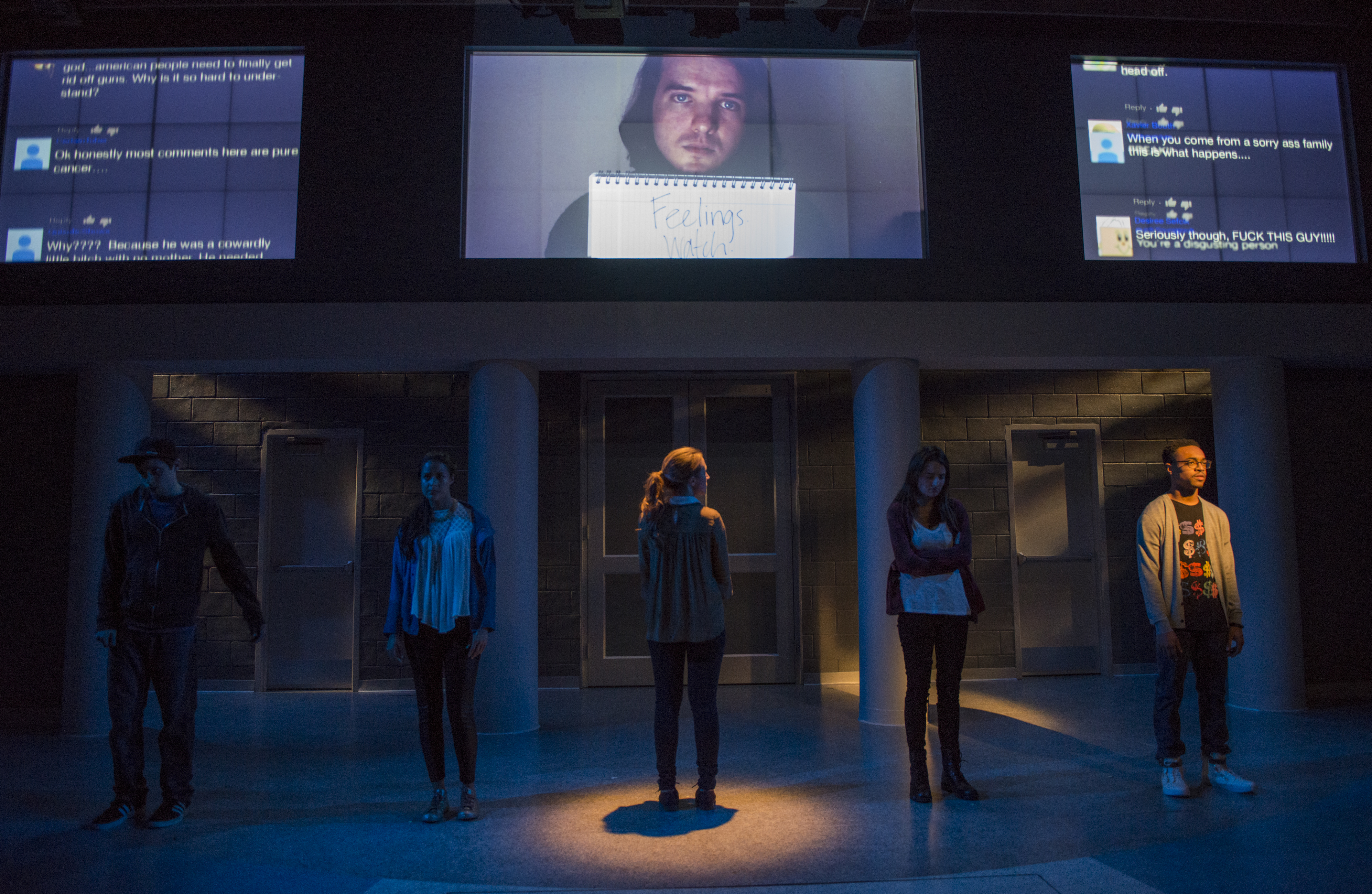 I will never forget the sheer terror I felt when I learned about the Columbine High School shooting. In my little twelve-year-old mind, I couldn’t get the idea out of my head that this could happen to me. I’m on the brink of thirty now and that fear has not subsided: That at any time someone could open fire in a public place where I am. That fear is not just for myself but for the children of America, a country where there is the possibility of attacks not only on school grounds but everywhere around them.

The lead character in “The Burials,” a meaningful new work written by Caitlin Parrish, directed by Erica Weiss and presented by Steppenwolf For Young Adults, states that we spend too much time obsessing over the “Why” people do things like mass shootings instead of figuring out the “How.” She believes that the only way to stop these murders is by getting rid of the “How.” This play, which is loosely based on the Greek tragedy “Antigone,” explores ways we can get rid of the “How” of gun violence.

Sophie (Olivia Cygan) is torn between loyalties to her father (Coburn Goss) who is running for political office and the students of Anderson High School, who have had their lives shattered by her brother (Matt Farabee,) who goes on a shooting rampage. With much moral swaying from an injured survivor (Aurora Adachi-Winter), her friend Janette (Stephanie Andrea Barron), Janette’s boyfriend (Joel Boyd), her sister (Becca Savoy), who lives to the beat of her own drum, and a student deeply affected by the loss of his friend in the shooting (Ty Olwin), Sophie ultimately chooses what her moral compass tells her is right.

The play is not perfect. It is disjointed at times and there are pockets of slow movement. However, as the story progresses and we get to the powerful final scene, which pulls everything together, my hope is that instead of a hashtag what happens instead will become an actual trend. My, what a world that would be. (Loy Webb)