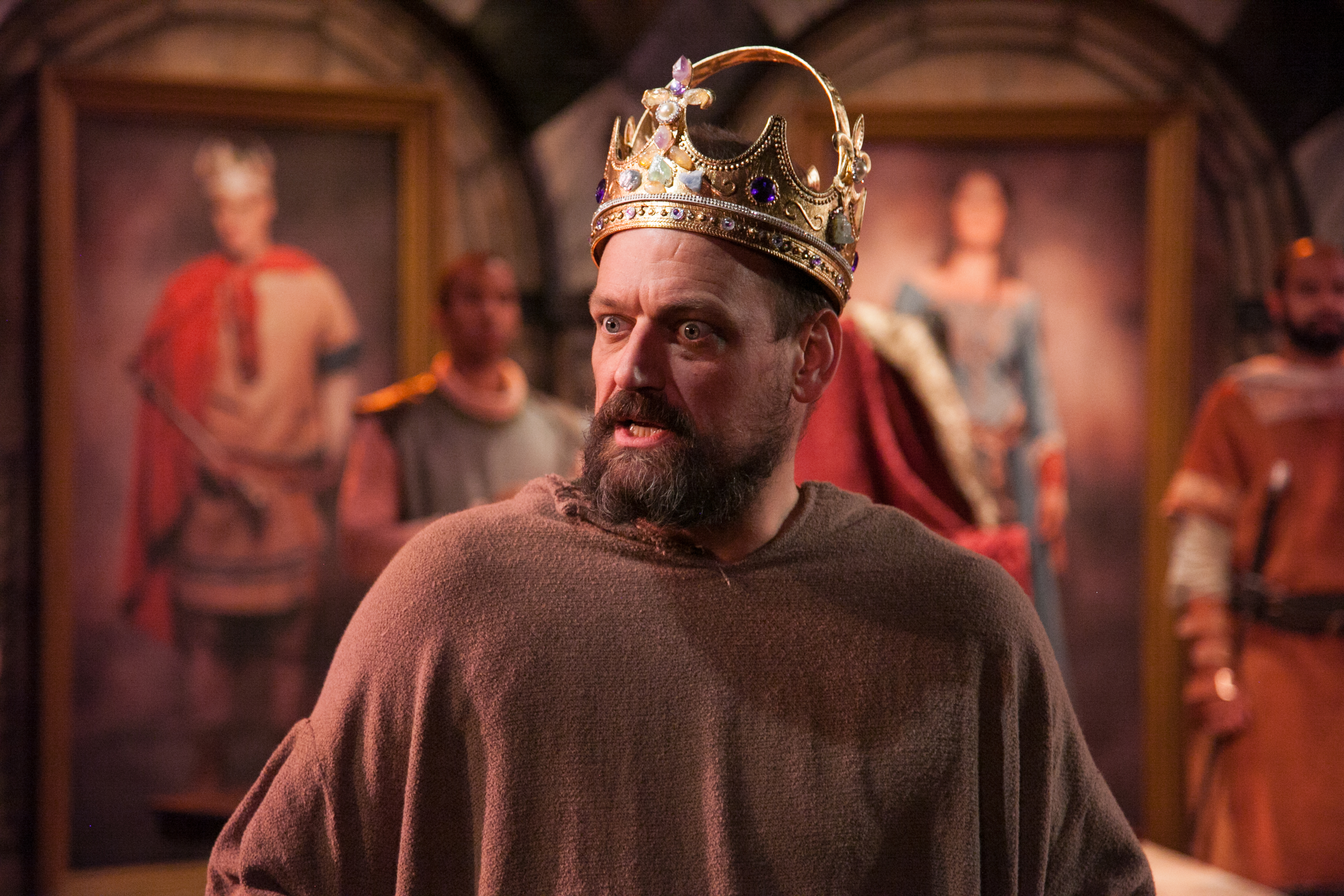 Anyone who has spent time writing or performing sketch comedy knows that there’s an invertible formula that produces endless permutations of humor: The one sane person in a room full of crazies (as in the narrators of Kafka’s novels) or the one insane person in a room full of normals (as in Will Ferrell in “Elf”). In Luigi Pirandello’s “Henry IV,” as in the aforementioned instances, those roles can prove to be deceptive and highly mutable. In the case of “Henry IV,” sanity, it would seem, is not all it’s cracked up to be.

Pirandello delights in the relationship between insiders and outsiders. Driven to madness by the perception of his own image in the eyes of others, Henry is the outsider in command of a kingdom of his own devising. There is a lovely bit of dramatic irony in forcing the so-called sane relations of the mad king to visit him in his plywood castle where they collectively shed their “real” identities for often under-defined or even interchangeable characters. For his part, Henry makes up the rules as he goes along, bending and distorting reality seemingly at his own will but always with the sharp intention of probing the ugliness of those who he feels betrayed him, each word and phrase laced with arsenic and barbed with meaning.

“Henry IV” has quite a bit going on and deserves to be seen multiple times to fully grasp its many levels of wit and dramatic substance. Director Nick Sandys has assembled a game cast that finely balances the royal formalities of nine hundred years prior with anachronisms of the present.

What truly elevates this production is Mark L. Montgomery as Henry. A self-described “interesting case,” Montgomery’s Henry is truly unknowable to all but himself. From the expressive arch of his eyebrows to the neurotic twisting of his fingers, Montgomery is a volatile element, a vindictive Don Quixote. At any given moment he may bond deeply and permanently with anyone or explode in a fiery rage.

And yet what fun his madness is! A delightfully antithetical play, “Henry IV” should prove to be as assuring to the unsure as it is unsettling to the settled. (Kevin Greene)