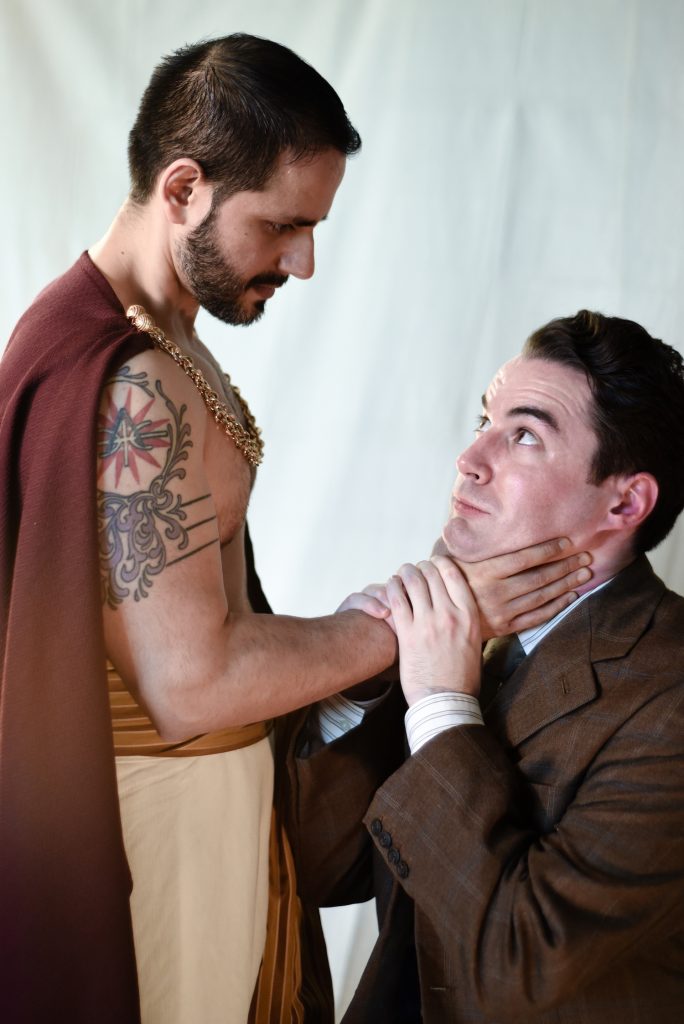 “The Epic of Gilgamesh, According to Mr. George Smith, Associate Curator for the British Museum (Deceased)” is a mouthful of a title, befitting the nineteenth century, when working-class Victorian engraver-turned-Assyriologist George Smith made several journeys at the behest of the British Museum to excavate stone tablets in the ancient Mesopotamian city of Nineveh, which contained a portion of one of the oldest works of literature.

As conceived by The Plagiarists’ artistic director Gregory Peters in his new play, Smith’s adventure combines history and science fiction to reinvigorate an epic hero and his Western discoverer in two hours that flash by. Derik Marcussen’s minimalist set in the cramped space of the Berger Park Coach House is transformed into a cedar forest, an ocean, an empire.

As Smith, Bryan Breau is an engaging narrator, always quivering with a keen, boyish delight in discovery even posthumously. Smith’s unschooled genius for deciphering cuneiform script is immediately seized upon by the literati at the British Museum and the paparazzi at the Daily Telegraph who together send him on expeditions from which one returns laden with antique treasure or not at all. He finds chips of lapis lazuli etched with the stories of a great flood and of Gilgamesh (Raef Carter), an insolent hero not entirely adored by his people and not entirely trusted by the gods, who send a wild man, Enkidu (Daniel Chenard), to depose him.

But Enkidu is not Gilgamesh’s worst enemy. Like his discoverer, the belligerent demigod relentlessly roams the world determined to find and triumph over the unknown. Part bildungsroman, part tableau vivant, it would be hard to find a more entertaining history lesson than “The Epic of Gilgamesh”—and yet, like any story that makes you laugh and cry, the most unexpected place it transports you is back where you already sit. (Irene Hsiao)