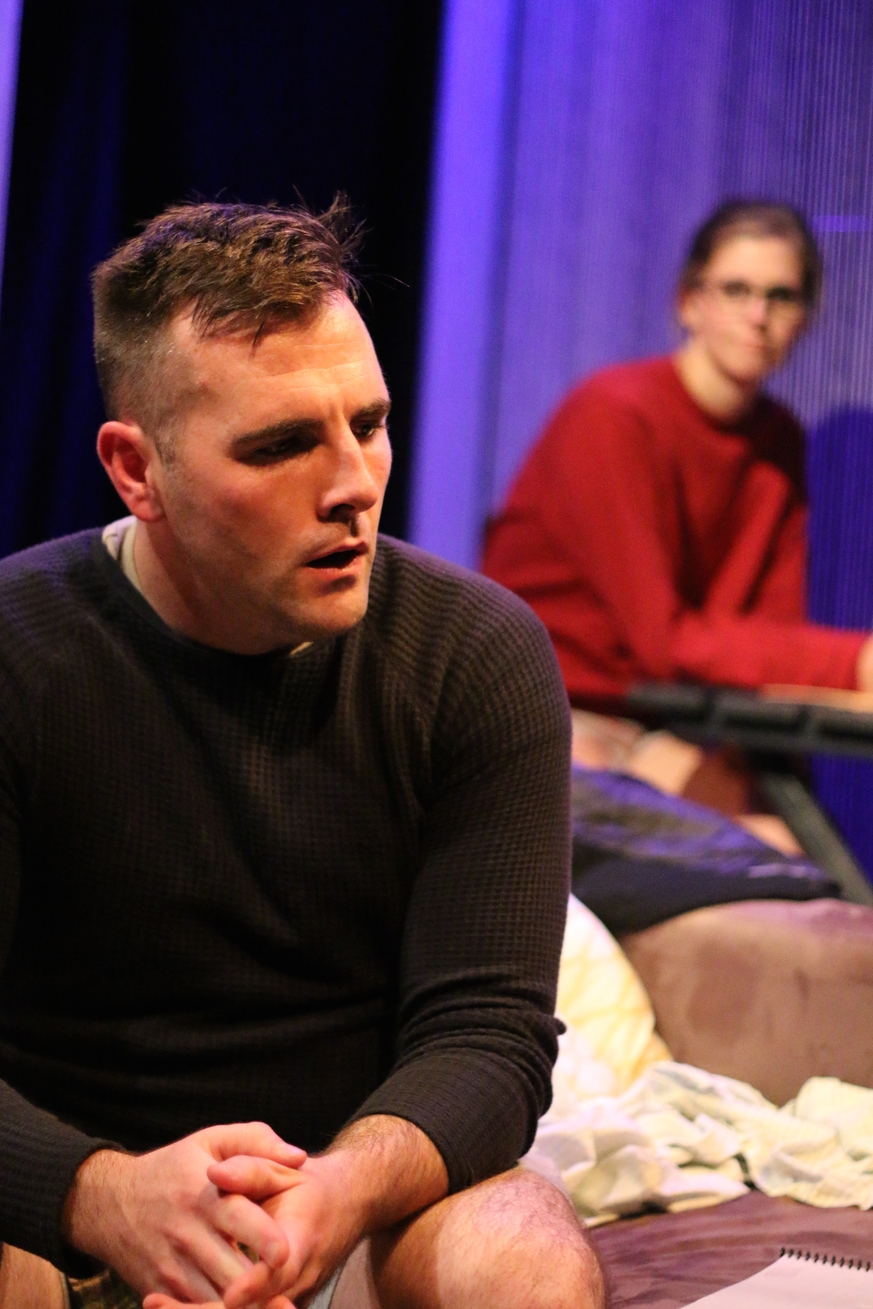 Christopher Shinn’s 2006 “Dying City” is a frustrating, too much-too little kind of play. Its seventy-five minutes are packed with so many ideas and themes that they ultimately cancel each other out. The work is set against the backdrop of 9/11 and the subsequent invasion of Iraq, but Shinn gives these weighty topics a high-toned soap-opera treatment, full of histrionic self-pity but lacking in cathartic insight.

The two-person show features Laura Matthews as Kelly, the traumatized widow of Craig (Mickey O’Sullivan), a soldier who has died under ambiguous circumstances in Iraq. A year after Craig’s death, the liberal, anti-war Kelly is visited in her cramped New York apartment by Craig’s identical twin Peter (also played by O’Sullivan), a gay man and successful actor who wishes to reconnect with her. O’Sullivan—an actor with star potential—is outstanding in the dual roles of the laconic and enigmatic Craig and jittery, needy Peter. Matthews sometimes allows her shell-shocked uptightness to lapse into a vibe-killing apathy but she is moving and convincing when the willed coolness cracks and the rage and hurt well up.

Under the crisp direction of Elizabeth Lovelady, The Comrades execute well on every front: From Elyse Balogh’s smart, simple set to Patrick O’Brien’s jangly harp interludes to Emma Deane’s low-key lighting. But the production cannot overcome the script’s over-complexity and opacity. Just counting the issues raised here—PTSD, blind patriotism, family dysfunction, homophobia, pop culture vs. high art, coastal elitism vs. heartland populism, etc.—is no easy task. Rather than sharpening its focus and digging down, the story constantly widens and ramifies, stalling any dramatic momentum that the non-chronological presentation might have developed.

Emotionally bloated and equivocal, “Dying City” is not, artistically speaking, a play worthy of revival. But it does succeed in recapturing that moment of when some Americans saw the Abu Ghraib torture victim photos and when a still-traumatized nation awoke to the fact that it had been suckered into a cynical and stage-managed war, leading to a sense of disgust, disillusionment and betrayal that is still playing out. “Dying City” mirrors the angry, impotent confusion of that time. (Hugh Iglarsh)

The Comrades at the Heartland Studio, 7016 North Glenwood, the-comrades.com, $15. Through October 30.