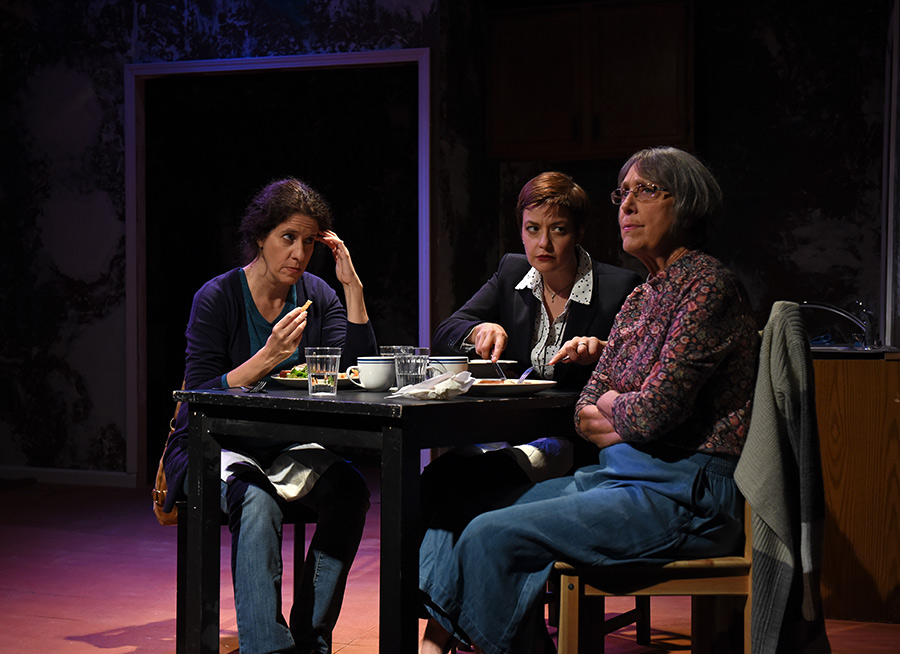 A good motto for Robert Tenges’ new play, “Dead Children” would be that old chestnut from Disney’s “The Lion King”: It’s the circle of life. Only, here, that circle would seem more like a noose. Tenges’ characters mostly live dead-end lives in dead-end towns, just like their parents did and just like their children will too. The circle of their lives is something that these people want desperately to escape.

The play begins with a separation as husband Tom (Erik Wagner) and wife Renata (Kirsten D’Aurelio) decide to part ways. It’s not an angry separation but the break is definite. Tom moves out and stays with his sister Petra (Shawna Tucker), a woman whose life seemingly revolves around church—the same church in which she and Tom were raised. Tom reconnects with his old girlfriend, Mary Jo (Victoria Walters Gilbert), who’s had a child, bottomed-out and gotten sober (with some relapses) in the years between.

Renata, meanwhile, is in a far stickier situation: Her father is in a coma and her mother, Gwen (Barbara Roeder Harris), is starting to suffer from dementia. It’s hard to tell whether or not the illness is making Gwen meaner, as she was pretty nasty to begin with—at one point Renata takes her sister Kelly (Elizabeth Bagby) through a walking tour of the literal scars their mother inflicted on Renata’s young body.

“Dead Children,”which is being produced by the side project, is the fifth collaboration between Tenges and side project artistic director Adam Webster. The play itself, however, is being performed at Chicago Dramatists through the company’s Grafting program. It’s clearly a fruitful partnership, with Webster’s controlled, minimalist direction perfectly drawing out Tenges’ slow-burning realism.

At times, it can feel like the staging is almost a bit too minimalist—scenes that might work in the side project’s uber-cramped environs get lost in the slightly larger Chicago Dramatists space—but that complaint is a small one. The play is an assured, well-acted and heart-rending success. “Dead Children” might certainly be a slow, slow burn—but there are plenty of fireworks on the other end. (Alex Huntsberger)

The Side Project at Chicago Dramatists, 1105 West Chicago, thesideproject.com, $20-$25. Through October 23.