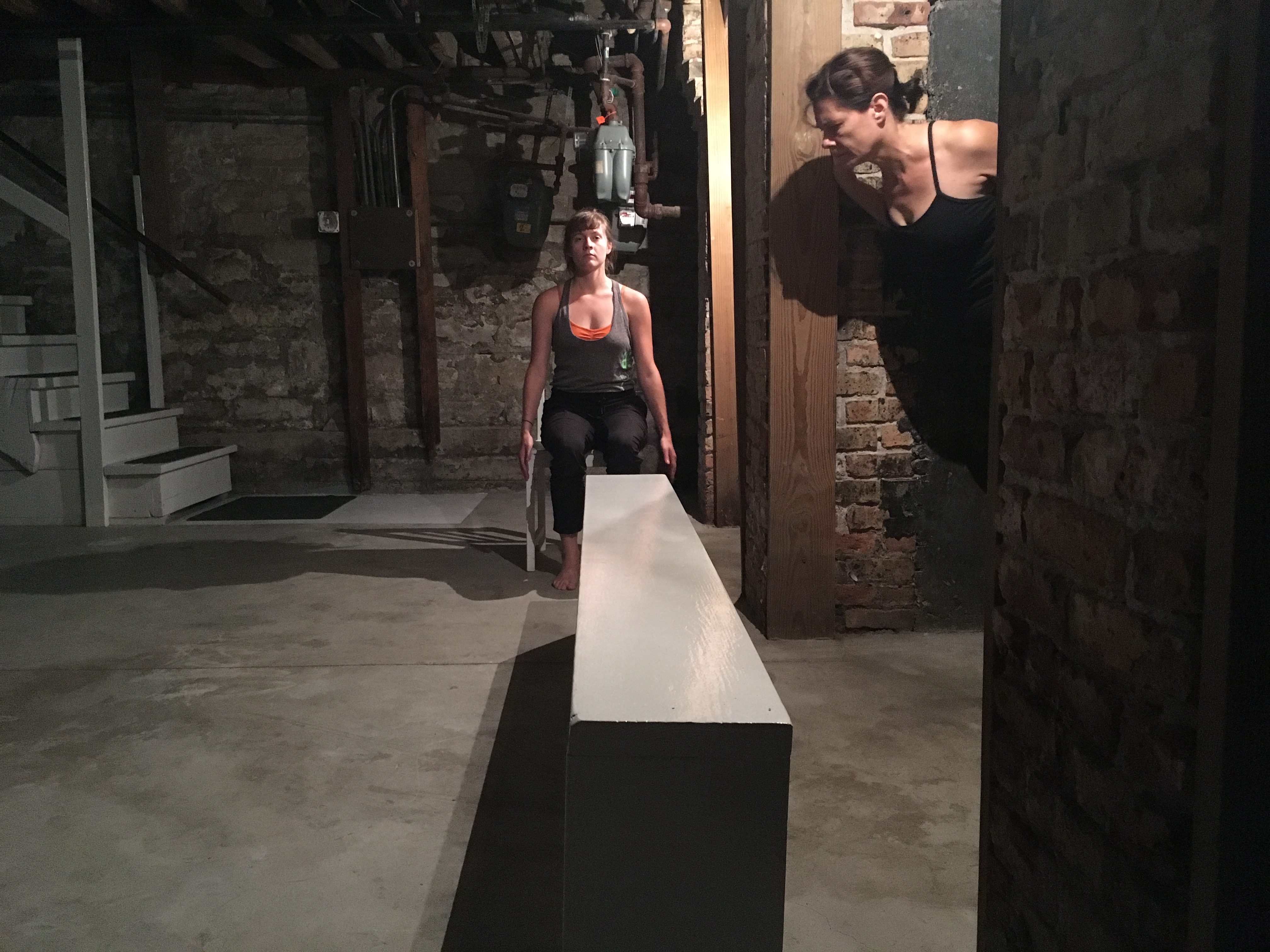 Michelle Kranicke and Molly Strom in rehearsal for “Valise 13”

Zephyr produces some of the most momentous, profound movement work in Chicago, and their next offering is poised to further reinforce that standard. Drawn from the Wallace Stevens poem “Thirteen Ways of Looking at a Blackbird,” the reference is meant to evoke the movement, analogous with the push and pull of bodies through architectural space and the experience of different selves as they process cultural experience. “Molly Strom and I do become different personas throughout the evening,” says Zephyr Dance founder Michelle Kranicke, who conceives of the work as tiered in meaning: “First, the exploration of autobiography and the idea that, as we move through the world, we bring a limited number of objects, and movements, into various specific circumstances and then we transform and/or construct ourselves through various personas for each situation or context. The gaps between these contexts and personas are not often clear and reconcilable. Second, the idea of ‘Valise’ involves the critique of not only one’s historical body of work, but a critique of the institutions themselves and how they display this work.”

Architect David Sundry, Kranicke’s husband and collaborator in the performance, is engaged in a renovation of the gallery with director Joseph Ravens. “Valise” draws on the duo’s previous performance investigations into the space, including 2013’s “The Balance In Between,” wherein a string pulled forty minutes into the event merged audience and architecture. For that, an external pavilion was added to the entry, “reminiscent of an apse,” explains Sundry, and that “shielded the candelabra in the front window of the gallery—the source of the mason’s line—and the eventual entanglement. The colored mason’s line emerged from the candelabra stand and stretched forward horizontally for thirty feet and joined the ceiling, forming brightly colored catenaries. The string was eventually pulled, creating new spaces, entangling performer and viewer and shifting the visual perception of the room.”

Expect similarly shifting perceptual play this time around, with audience members and architecture melding to create the space of the dance Kranicke and Strom move in response to. “On some level we have created an environment in which movement, dance and other media are at times variously occupying the space,” explains Kranicke, who also points out how her collaboration with Sundry allows him to think “how architecture, as a discipline in itself, interacts with the discipline of choreography, as well as the other related art forms, i.e. film, performance, static art object, etc.” Such a simultaneously highly textured, expansive and deeply coherent approach promises a wondrous experience. It earns this critic’s highest recommendation. (Michael Workman)