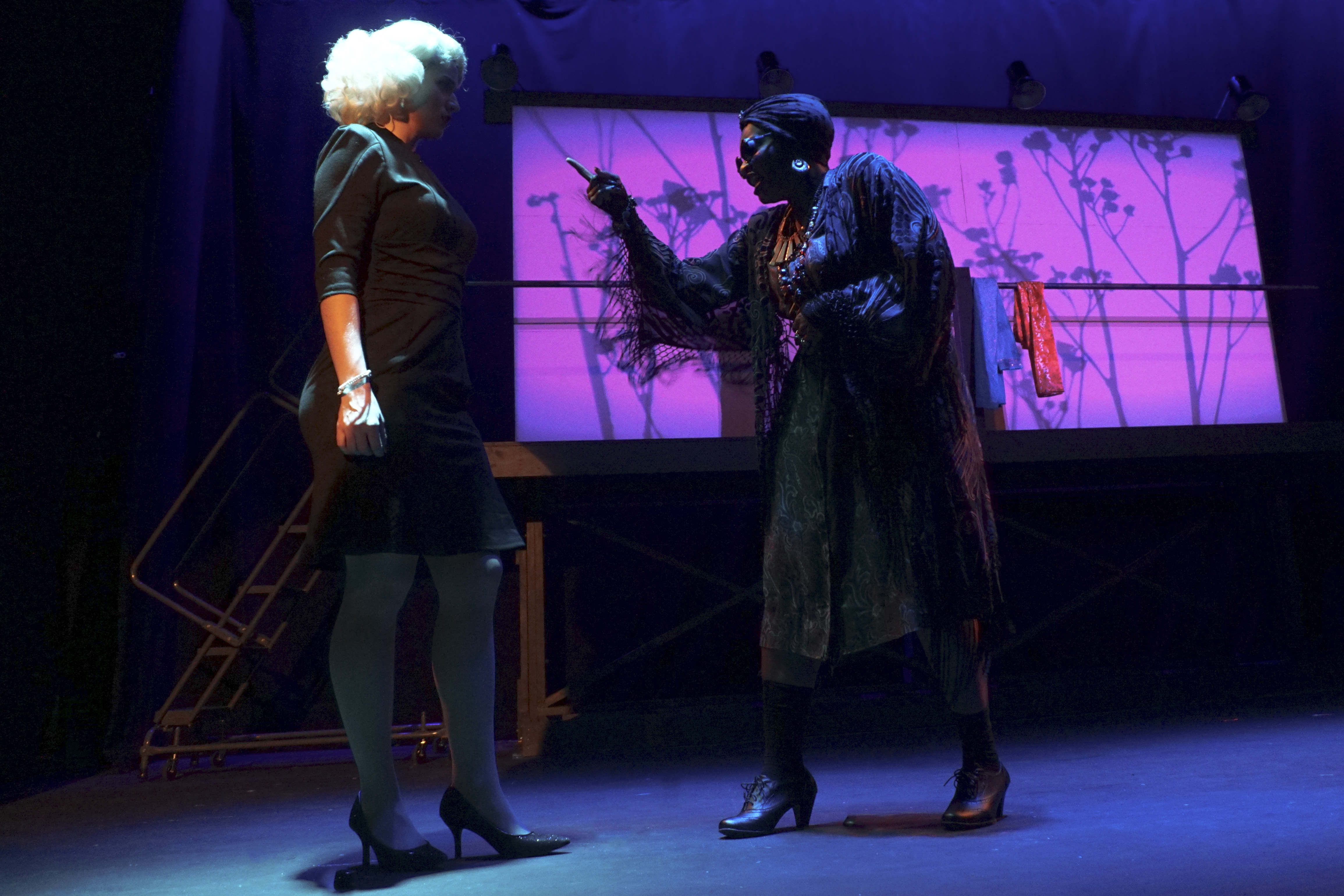 Van Cleave has asked Caine to locate the son she gave away many years ago after her brutish lover, Mayor Lawton (Jason Richards) made her get rid of him. Anybody with even a passing knowledge of Greek mythology knows what happens next. And the problem with “Wicked City” is that it never does anything over the next hour or so to subvert those expectations. If one of the pleasures of a good noir mystery is all the twists and turns, then why use a story—even ironically—that everyone already knows?

Now, “Wicked City” could have compensated for this defect by ramping up either the comedy, the music or both. After all, the musical clearly wants to be a parody of film noir tropes. But it never fully commits. This is odd, as the team behind the show—book and lyrics by Chad Beguelin, music by Matthew Sklar—has some serious chops. Their work on “Elf” and “The Wedding Singer” landed them Tony nominations.

But the jokes are too few and too half-hearted. The music is jazzy and fun but altogether unmemorable. And though the show is generally well sung, director Christopher Pazdernik’s flat staging and a set that does little to create any sense of mood or place—despite some fine video projections by Brock Alter—makes it feel small, slight and altogether wan. There just isn’t that much there.

“Wicked City” is the inaugural production from a new company, Chicago Theatre Workshop, that promises to produce and develop original musicals as well as non-musical plays that also feature music, a distinction that will probably only make sense to ex-theater majors. The rest of their season, featuring Irvine Welsh, James Lapine and William Finn looks quite intriguing. Audiences should check back then. (Alex Huntsberger)