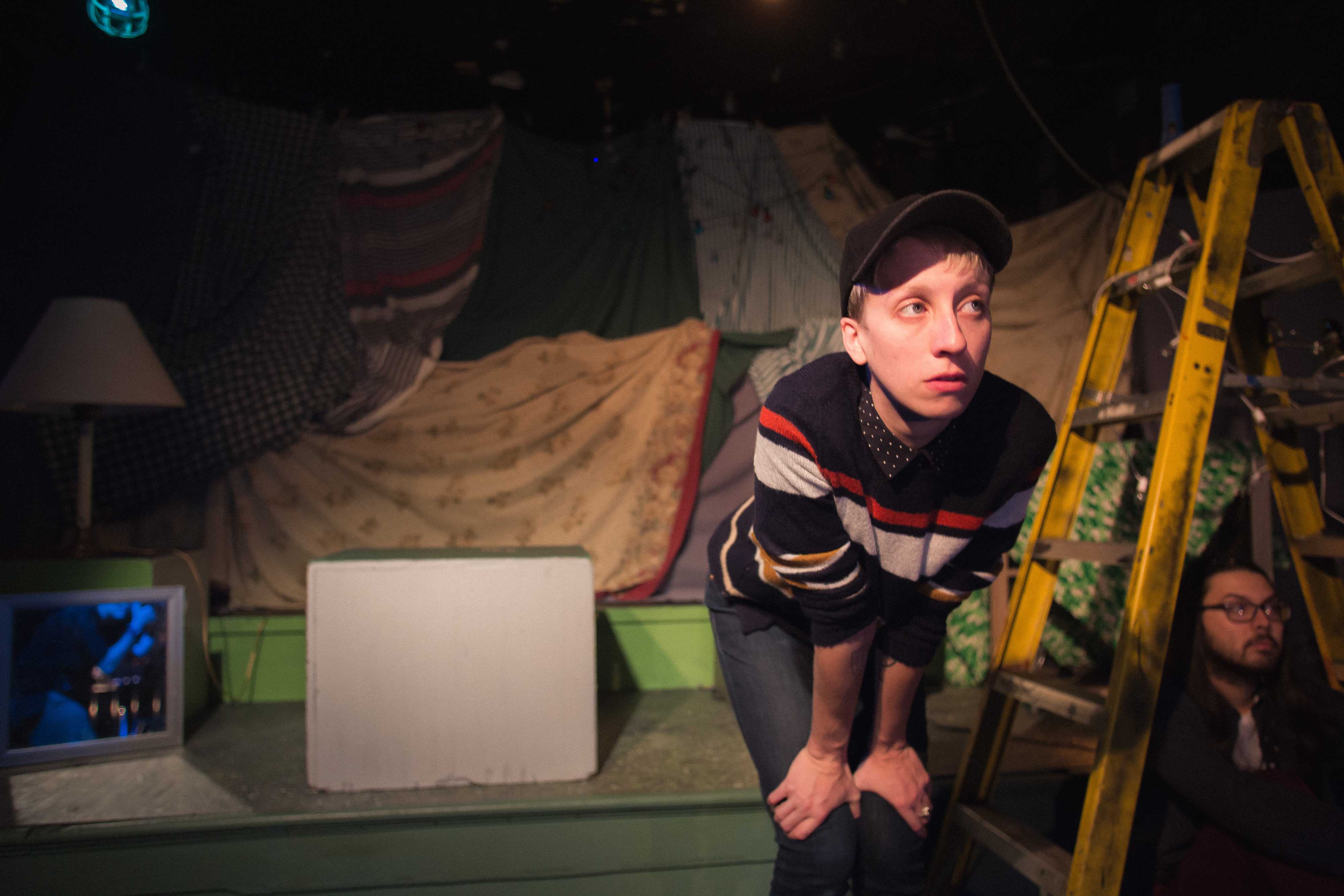 “Saturn Returns” is a lot of things. It’s associative group storytelling; leapfrogging across time, space and form. It contains many of the mechanisms of Neo-Futurism as practiced here in Chicago (the alternation between literate detachment and confessional intimacy, the hybridization of mediums, performance as self-discovery) and as such will seem familiar even as it makes itself alien, oblique and narratively unkempt.

In the beginning, “Saturn Returns” creator Tif Harrison emerges as the show’s ideological leader guiding her protégés (Kurt Chiang, Lily Mooney, Kirsten Riiber and Andrew Tham) through a series of lectures on the nature of the Saturn Return: the completion of Saturn’s orbit around the sun that also marks a turning point, sometimes not registered until much later, in the lives of humans. Her pupils are skeptical and frequently turn the table on Tif who is subjected to exercises that pit determinism against free will.

We learn a lot about the folks on stage, as is the custom at The Neo-Futurarium. A few things unite them: loss, disease (specifically cancer), bugs, loneliness. Other fascinations and/or obsessions include: music, astrological signs, memory, Isabella Rossini. There are stark differences between performances styles, which vary distinctly from person to person but also from scene to scene as well.

Lack of cohesion is the most disorienting feature of “Saturn Returns,” though it appears after a while that Harrison is intentionally courting this effect. For those who accept the random, gyroscopic nature of the universe and see it reflected in hotdogs in sailboats going “wee,” the performance’s regular deviations into meta-ramblings could be interpreted as an astute summation of the impossibility of knowing any individual completely or even following our own internal lines of logic. I, for one, found myself intermittently moved though far more frequently lost.

As it stands, “Saturn Returns” is a bit clumsy, occasionally endearing though more often showing signs of being under-rehearsed. Within its unwieldiness are kernels of truth though they curiously appear no more treasured than the myriad distractions that entertain even as they whittle the impact of this personal story of grief and belief. (Kevin Greene)