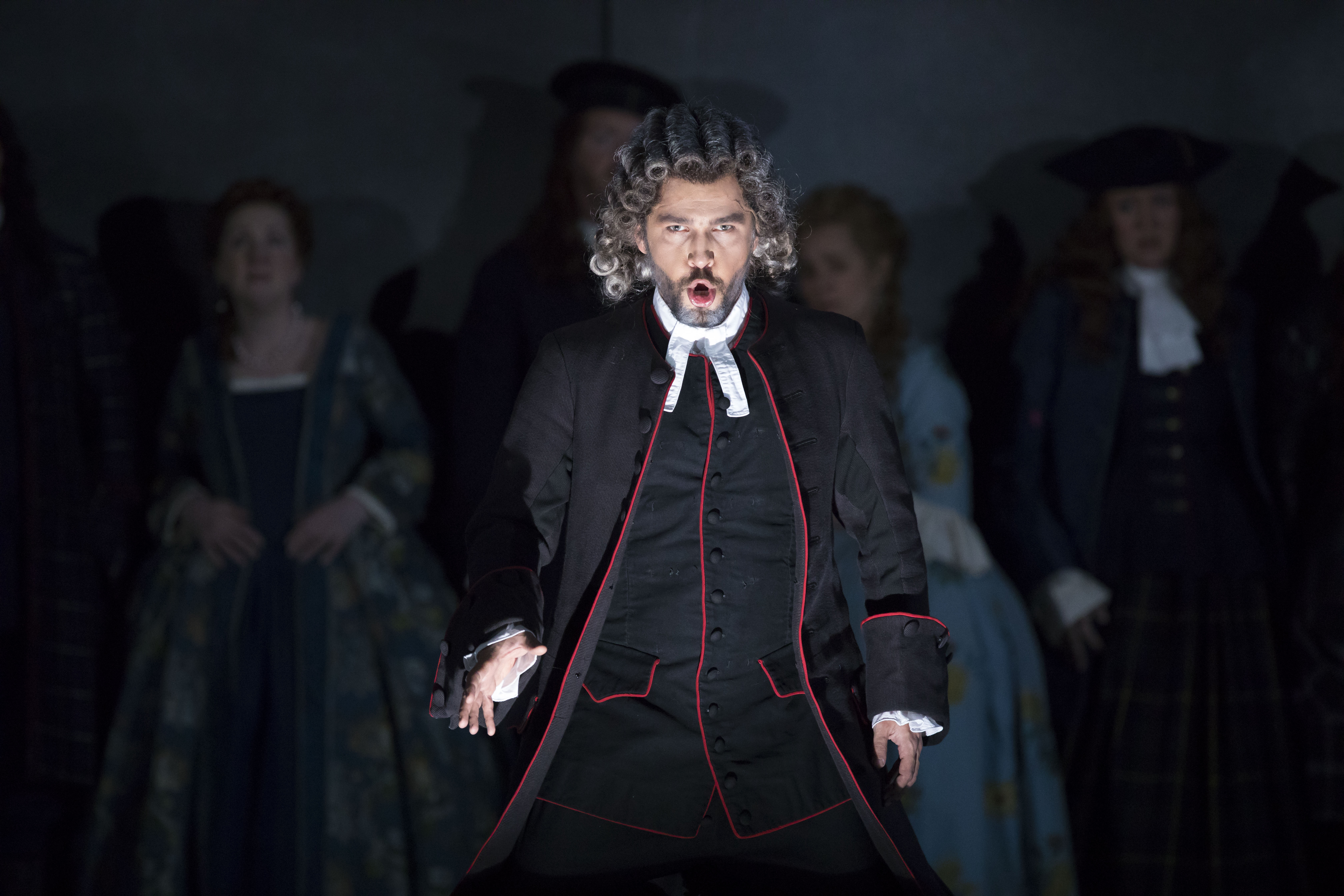 In any relationship, petty disharmonies can cause major disruptions. Lyric’s production of “Lucia di Lammermoor” seems entrenched in artistic quagmire. With horizontally and vertically sliding panels moving slowly into varied positions, a simplistically stark lighting plot, character-physicality that appears meticulously directed rather than guided toward something organic and scarves given more stage time than the supporting characters, all underscored by Donizetti’s most famous music, I found myself wondering if the director and designers have run aground, each telling a different story.

Albina Shagimuratova (Lucia) is possessed of a huge coloratura voice and if I missed the color that a lyric-coloratura would have essayed in the first aria and the sextet, the mad scene’s high-flying fioritura was truly stunning. Shagimuratova popped every unfairly expected high E-flat with razor-sharp accuracy. Handsome Piotr Beczala (Edgardo) gave a tremendous performance, ardent and sure of voice, all the way through the final aria, which is the true test for the tenor, sitting in the lower-middle of the voice at the end of a long opera. Beczala’s voice has such chiaroscuro and his technique is so solid, he could be the successor to Placido Domingo in the lirico-spinto repertoire.

Young singers Adrian Sampetrean (Raimondo), Jonathan Johnson (Arturo) and Matthew DiBattista (Normanno) are all attractive of voice and person and are well-positioned for long and decorated careers.

Conductor Enrique Mazzola led Lyric’s orchestra with great verve, giving the singers their heads when they needed a little more time (or a little less) and stepped in to pull any moment of confusion into discernment. If I couldn’t see much of Lyric’s chorus, positioned in the back of the stage (and sometimes behind panels), they sounded terrific, managing the challenge of keeping in concert with the conductor visually rather than acoustically, given the distance between their location and the pit.

It is my fond hope that this production will find an equilibrium that will bring the visual and theatrical elements in line with the high level of the music.(Aaron Hunt)