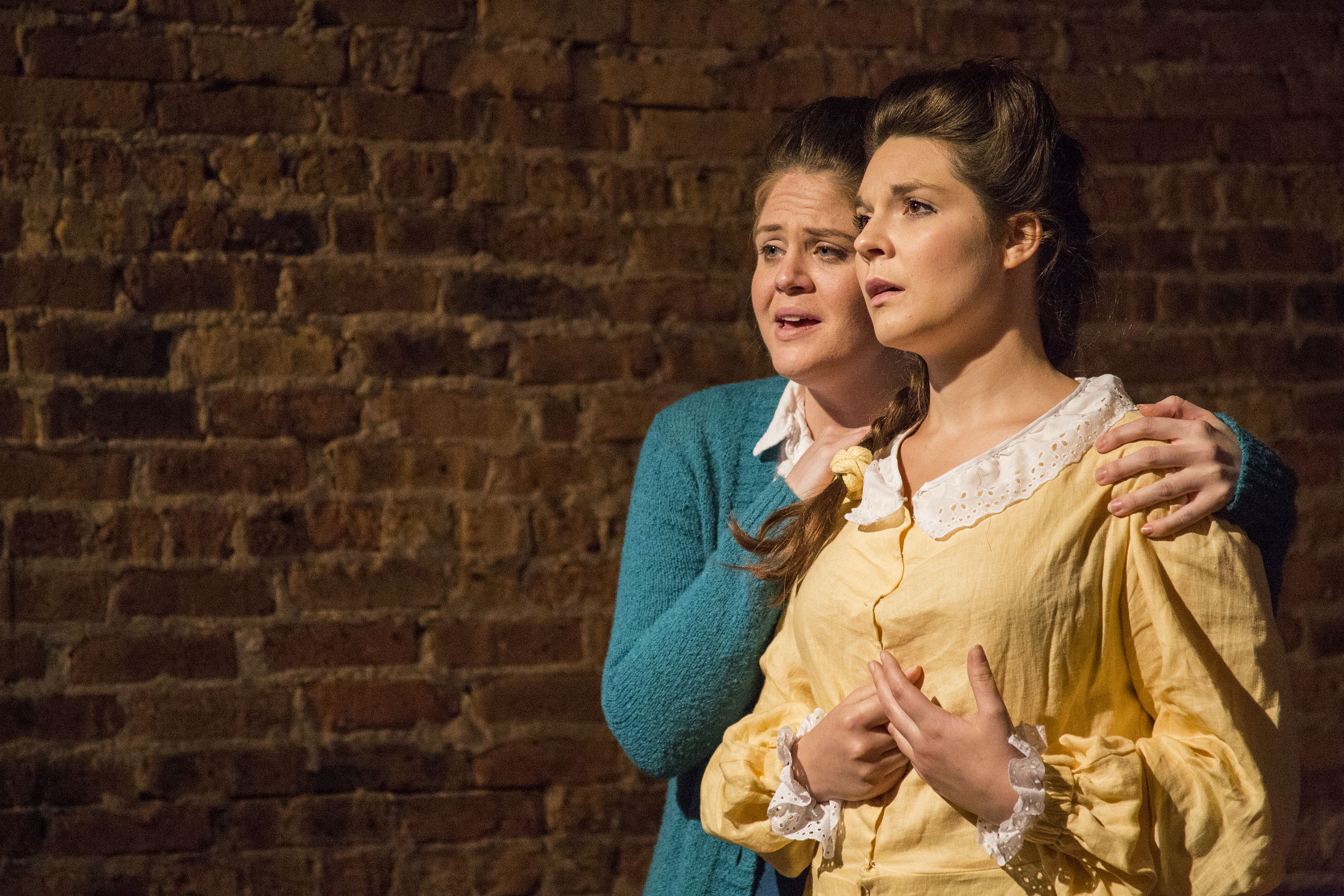 Third Eye Theatre Ensemble continues an exploration of mothers in “operatic” situations and the ways in which their circumstances shape the lives of their children. With its production of composer Nico Muhly’s “Dark Sisters,” the company completes a trilogy begun with its inaugural 2014 production of “The Medium” followed by “Sumeida’s Song” in 2015. “Dark Sisters” tells a tale of emotional, spiritual and sexual disenfranchisement, drawing its audiences into the lives of the wives of a polygamist prophet-husband of the Fundamentalist Church of Latter-Day Saints.

Within the fledgling community of storefront opera, where several companies also offer contemporary pieces staged in English, Third Eye continues to earn its highly prized niche as a “theater ensemble,” stacking up productions that thrive artistically at the highest level of stagecraft. It is no surprise that their three major productions have all been guided by the same director, Rose Freeman, and profited from the talents of many of the same singers/actors. The incomparable musical director Jason Carlson prepared all of these tricky scores with grace and assurance.

Freeman leads her cast up the rocky mountainside of injured love and they never looked back. While all the roles are double-essayed, the opening-night cast consisted of Kelley Hollis, Meghan Guse, Melissa Arning, Sarah Litchfield and Mary Lutz Govertsen as the five sister-wives. Each artist burned with an inner monologue that decried their proscribed sameness and sang with truth’s fire, to hypnotic effect. Hollis, as the wife who escapes yet cannot save her daughter (Angela Born in an aching performance of love and sacrifice), keeps the audience from utter despair as her soul’s wings strengthen.

Freeman’s program notes conclude: “We are not so different from the people in the FLDS world, cast into a sea of loneliness caused by a marriage to a patriarchal worldview and told we are the happiest people in the world.”

Let’s pray that Third Eye continues to hold us up to the flame of our own confusion and then help us to truth. (Aaron Hunt)