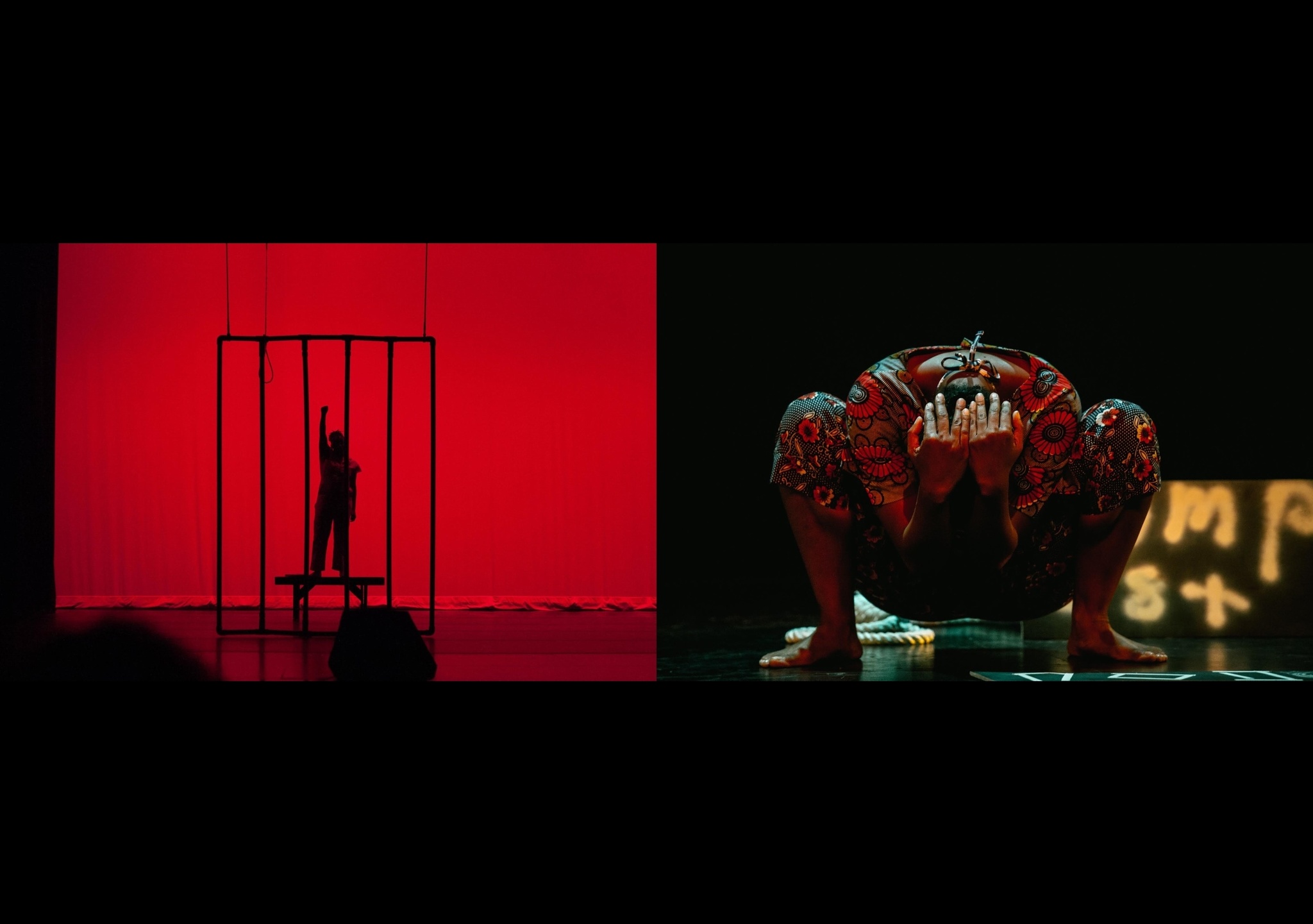 “The Body Wails, The Body Restores” evokes some of the most spiritually transformative, blood-drenched moments in the struggle for racial equality, turning its artistic gaze specifically to the suffering of black women. Vershawn Ward presents her solo piece “#SAYHERNAME,” which investigates the “criminalization of female black activists Angela Davis and Assata Shakur, drawing parallels to the present day arrest and subsequent death of Sandra Bland.” Lela Aisha Jones’ “Continuum of Action” is influenced by such race-historical markers as the slaughter of the Cradock Four, activists executed in 1985 for working to dismantle the white-supremacist rule of Apartheid South Africa, and the 1979 Truth and Reconciliation Commission transcripts, created after the Greensboro Massacre in North Carolina, in which members of the Communist Workers’ Party, demonstrating against the KKK, were killed by members of the Klan and the American Nazi Party.

These influences are channels for intensely personal reflections. “I identify as a diasporic black woman, a child of the diaspora,” explains Jones when asked about the sources of her movement work. Of her work, she says: “how intimate can I get with my pain, associated with the pain of people trying to do something different? How can I get close to my anger around it and what happens when I make myself vulnerable to that, and how do others respond? I think seeing someone else be vulnerable is what made me think it was valuable.”

Central to that effort is seeking connections with larger culture transformations, which has led Jones to organize solidarity marches through Dancing for Justice Philadelphia. “I think the work I’m doing is critical race artistry,” she explains. “I do a good amount of mulling over and researching the subject matter that I bring to the performance, and I read a lot about race but really from a place of how we embody it and make decisions about who we are, and what we will fight for, and what we will discover. How we commit violence—emotional, psychological, spiritual, physical—to or on one another because of it?”

As a dancer, Jones seeks to evoke the personal nature of historically systemic racial violence paired with the power of art-making that could transform that pain to resolvative purpose.  “The body holds and archives everything we experience in ways we don’t even know until we sit down with it and listen to it,” she says. “It needs to be transformed, sent out, surveyed, engaged, let go, reinvented, repurposed…and that is our work to do.” The evening will also include the premiere of “Body of Evidence,” a new ensemble work by Red Clay Dance guest choreographer Bridget L. Moore. (Michael Workman)

Red Clay Dance at Links Hall, 3111 North Western, (773)281-0824. Friday-Sunday, October 28-30 at 7pm. Tickets $20, $15 students and seniors. After the performance on October 28, Ward and Jones will participate in a discussion moderated by Onye Ozuzu, Dean of the School of Fine and Performing Arts at Columbia College Chicago.