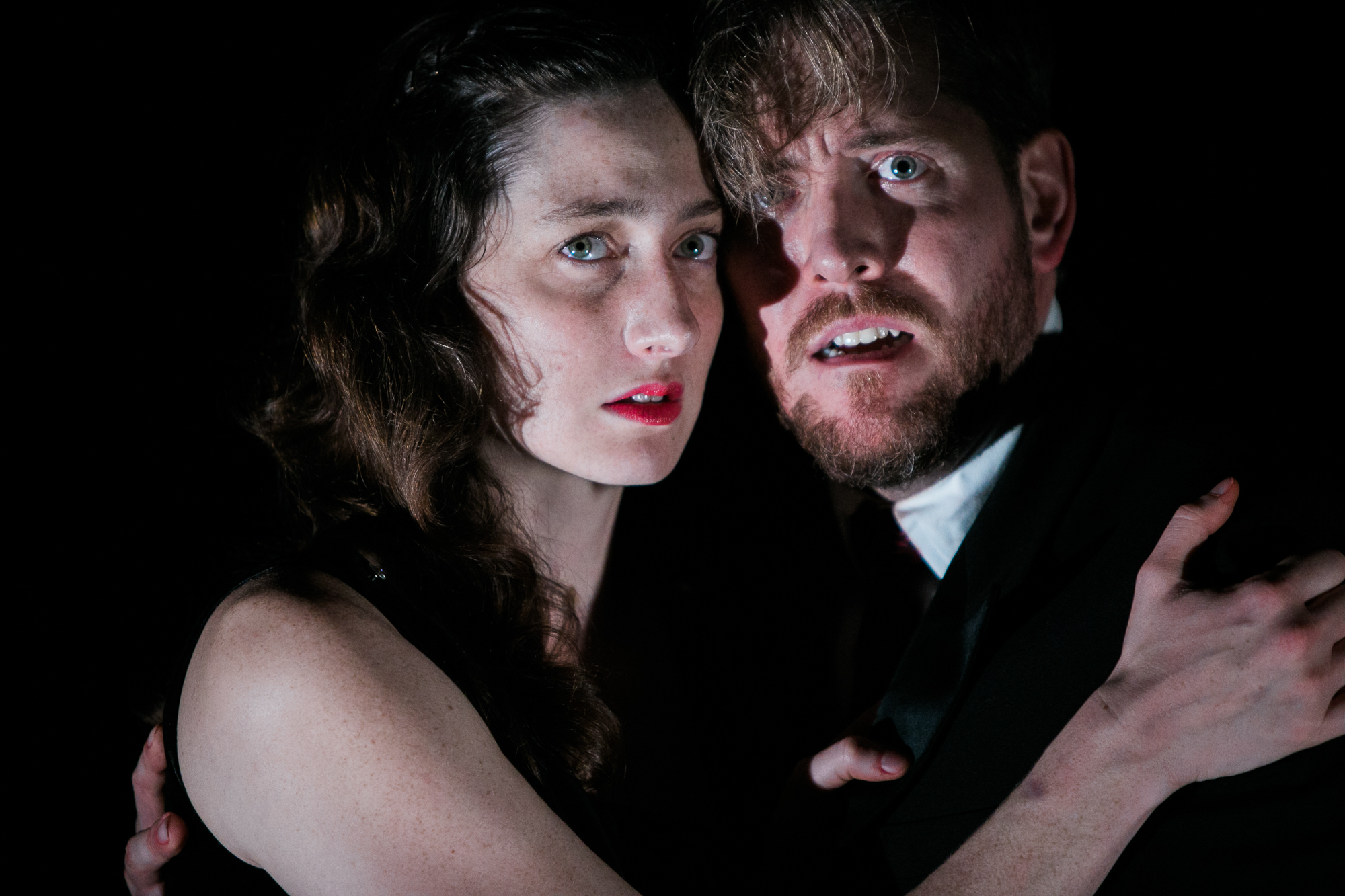 With this modern-dress version of “Macbeth,” Theatre Y reconfirms its status as one of the city’s most adventurous troupes and a conduit to the European performance scene. For this production, the company snared veteran French theater artist Georges Bigot to direct. He and his cast of eighteen give us a Scottish play that feels very new yet is faithful to Shakespeare’s words and thematic intentions.

In a prefatory note, Bigot refers to “Macbeth” as “a tragedy where each word is a painting.” And some of the tableaus he has created are striking indeed, from an initially exultant Lady Macbeth dancing to the strains of “Que Sera, Sera” as she learns of the witches’ grandiose but double-edged prophecy, to her final appearance as a sleepwalking zombie reduced to a guilt-haunted living death.

The troupe rehearsed the play for a year, trading parts for most of that period. The result is a tight, flowing ensemble in which actors freely double as musicians, using a variety of percussion instruments to create a creepily effective background soundscape, designed by KG Price. In other scenes the cast turns into a kind of mechanical chorus line, depicting the forced normality of protocol masking the subsurface violence and terror.

At moments when the ravens are cawing, the drums are beating and the night seems all-engulfing, the production achieves an arresting and almost hallucinatory intensity, combining movement, music and Shakespeare’s heightened language to return to theater’s archaic, ritualistic roots. Occasionally the primitive mood clashes with pop-culture allusions, including clunky references to Stanley Kubrick’s “A Clockwork Orange” and “The Shining.” And while Brendan Mulhern and Katie Stimpson are both riveting as the murderous Scottish power couple, many of the characters seem more like eager, well-scrubbed grad students than hardened thanes and kerns. The witches in particular disappoint, their effort to break through the fourth wall and connect directly with the audience marred by a teasing self-consciousness.

Performative gimmickry is hardly necessary for a play like “Macbeth,” with its timeless depiction of the unholy trinity of evil, madness and power. Despite its flaws, this is a must-see production in an election season that often feels like a real-life Halloween horror show. (Hugh Iglarsh)