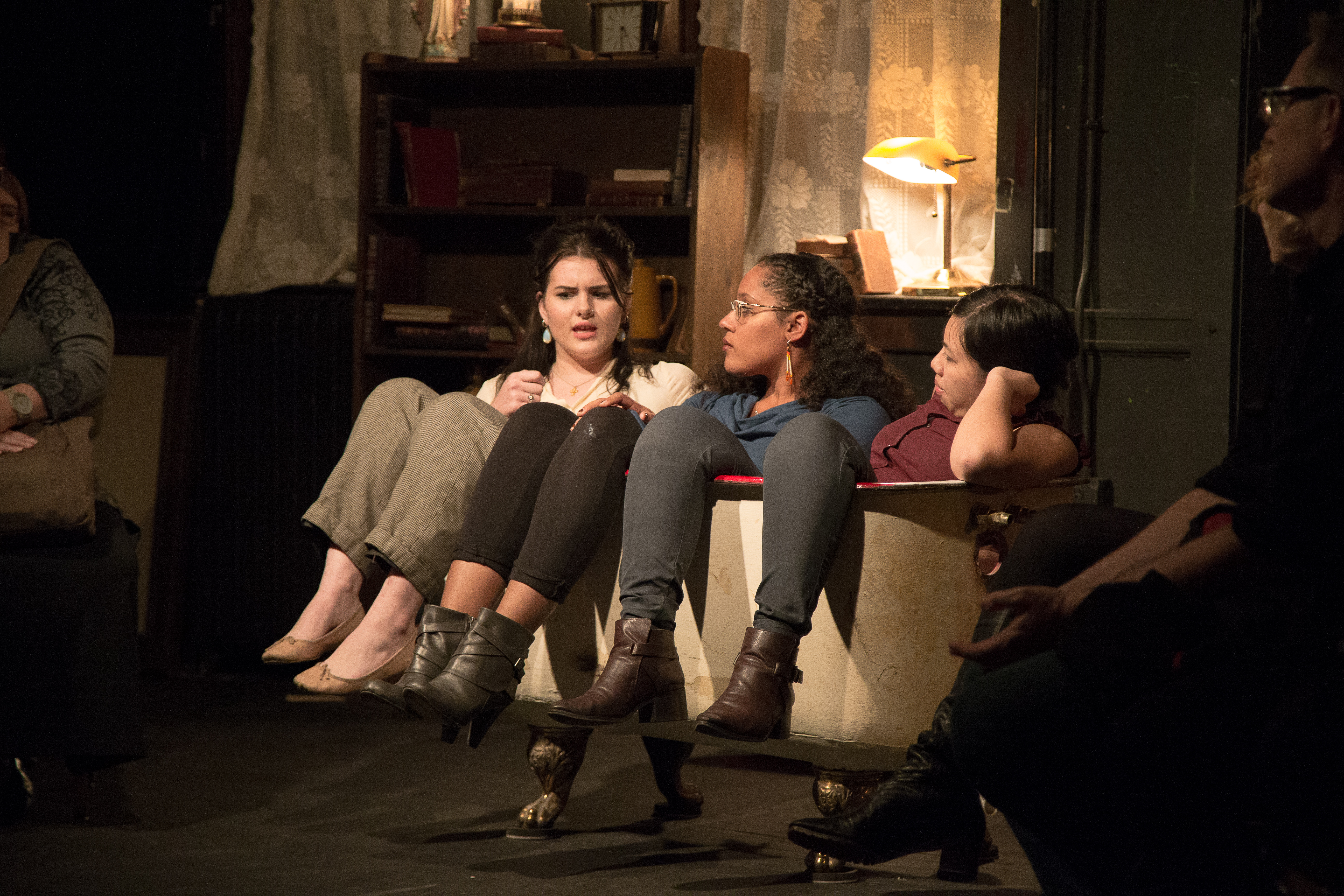 Presented by Free Street Theater and directed and developed by Bobby Biedrzycki and Coya Paz, “100 Hauntings” is a fun show of ghoulish proportions that just might lead you to checking every nook and cranny of your house for ghosts.

Developed from interviews with more than 300 people, “100 Hauntings” tells the story of the ghosts that haunt Chicago. I won’t mention any particular intersections or places, you’ll have to come to the show to find out. But I’m telling you now, you might want to watch your back because there are hauntings all throughout the city and they might be a lot closer than you think.

What is most intriguing about this production is not just the well-collected history of Chicago’s hauntings but its social and political slant. Paz and Biedrzycki, along with the other members of the development ensemble, give hauntings a meaning we wouldn’t otherwise associate with the prevalent definition of the term. They beautifully articulate how housing discrimination as well as the blood spilled on the Chicago pavement still loom over this city.

It’s one of those moments that reminds you ghosts are more than the sheet covered figures we were taught to believe in as children. The body of Laquan McDonald, the teen shot sixteen times by police, could very well be in our midst. More than scary, it’s tragic. And the question becomes, what can we do today to ensure fewer ghosts tomorrow? It’s a necessary question we must answer. (Loy Webb)