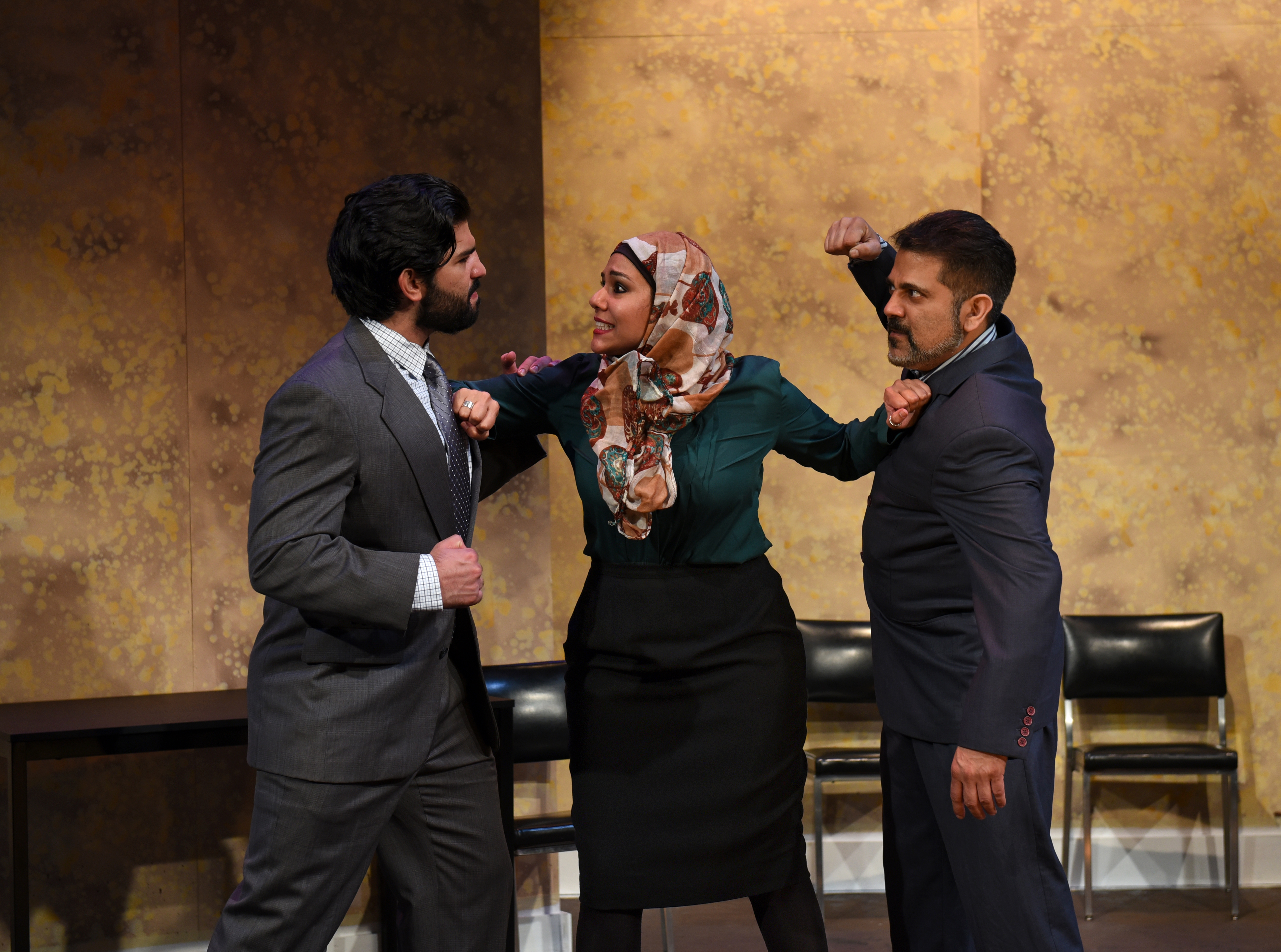 “I am large, I contain multitudes,” wrote Walt Whitman in the poem “Song of Myself,” in what is surely one of the most famous renderings of a word whose usage celebrates contradictions within a self that range far beyond the fixed limitations of identity.

In John Hollingworth’s “Multitudes,” each character occupies a narrow band of personality in order to present an allegory of contemporary life in the uneasy age of unconcealed suspicion and a superabundance of social media. The scene is the city of Bradford, six times declared the “curry capital” of Britain, where tortured politician Kash (Kamal Hans), the son of Pakistani immigrants, wants the happy and peaceful coexistence of all colors and creeds. He is burdened by his histrionic girlfriend, Natalie (Kelly Lynn Hogan), and his brooding, equally tortured daughter Qadira (Luisa Blanco).

As if native to the same spiritual wasteland, Natalie is a seeker anxious to find a home in Islam, mouthing Arabic words she can’t understand, while Qadira, traumatized by the death of her mother, is a would-be jihadi hunting for social acceptance and personal meaning in extremism. To ensure that every social ill can be embodied in a feminine form, the villain of the story is Natalie’s mother, Lyn (Liz Carlin Metz, who also directs), local council chairman for thirty years, who bawls xenophobic slogans like an indignant ox.

“I’m supposed to know everything—all the brown thoughts,” Kash frets, anxious about his prospects of enlisting in the minor cadre of Muslim members of Parliament, even as he protests (in consideration of the “delicate” sensibilities of the presumably white public at large), “I can’t have a Muslim girlfriend as a Muslim!” But isn’t his struggle also Hollingworth’s own as he attempts to document the immigrant’s incessant labor to assimilate without being able to acknowledge or penetrate the depths of individuality?

A project with sincere liberal intentions, “Multitudes” reflects certain realities of our neoconservative sociopolitical moment. Rasaka and Vitalist execute the material well, but the piece is at best a conversation starter rather than a work that enlightens or defines. (Irene Hsiao)