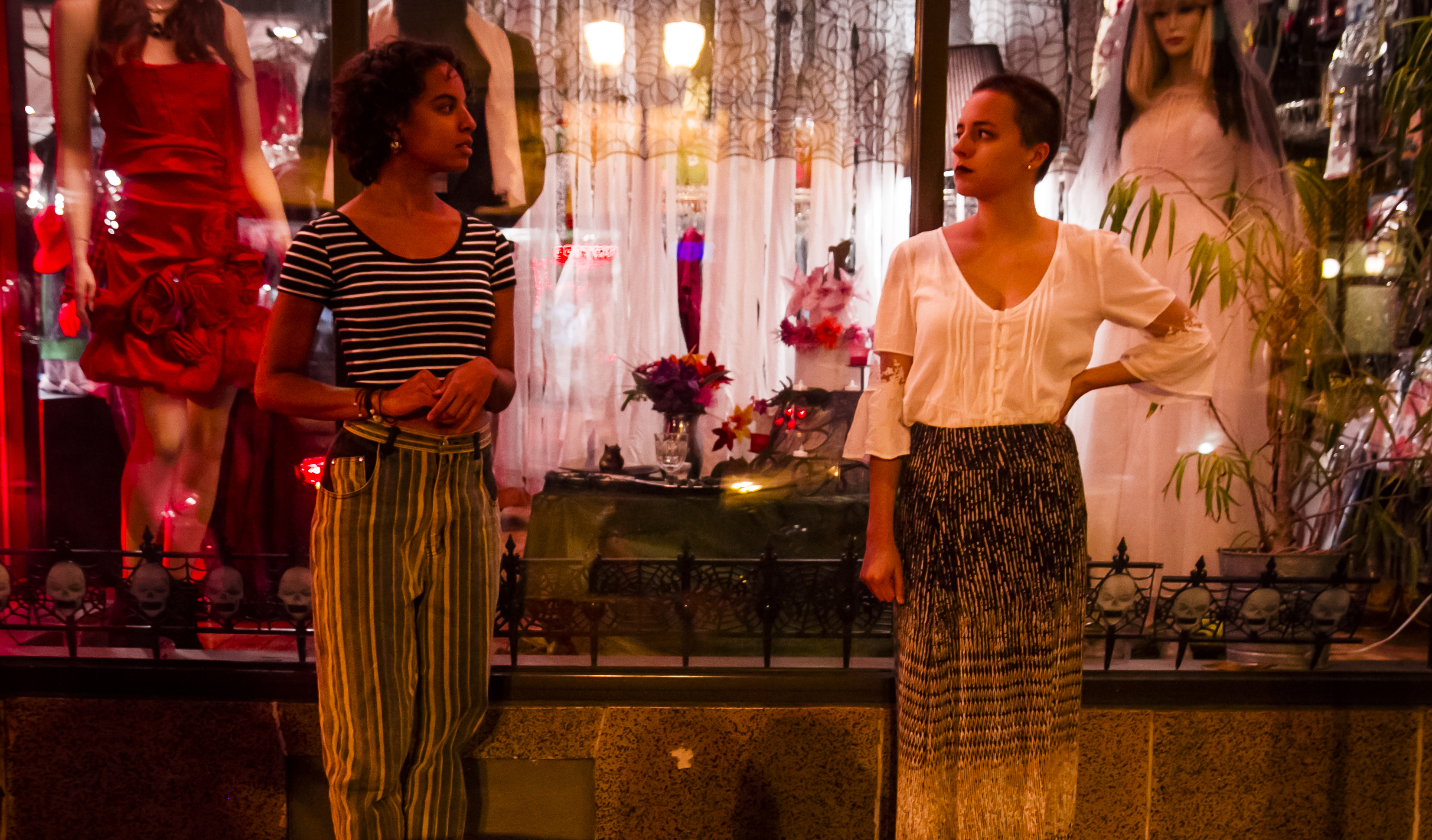 For a play that is built around the same trope as the film “Freaky Friday,” writer-director Olivia Lilley’s play “Mary Shelley Sees the Future” takes itself far too seriously. With its minimalist staging, earnest realism and emphatically underlined theses, it is the kind of play that is agreed with far more than it is enjoyed.

Mya has to deal with England in 1822, a time and place when women practically lived their entire lives under lock and key. Trapped on the family estate, Mya has to fend off her overbearing father, William Godwin (Rebecca Fletcher), with one hand and the gossipy tales of her “frenemy” Jane Williams with the other. Above it all hangs the legacy of Shelley’s mother, Mary Wollstonecraft, a writer and early feminist.

The play, staged in promenade, is stripped down to its barest bones: some period costumes, a few props, chairs and a mattress. The room itself, Outerspace Studios, doesn’t offer much adornment either; it’s a blank white room with windows at one end and a kitchen at the other. Unfortunately, rather than letting the audience focus in on the story at hand, this minimalism allows them to see right through Lilley’s thin, transparent script. Minimalism so often strives for “addition by subtraction,” but this is just plain subtraction by subtraction.

The cast on the whole is strong. Tindall and Patin make a fine pair of fish-out-of-water heroines. Fletcher’s gender-bending performance as Godwin adds some nice fire and Peter Wilde as Mya’s trans friend Pete is equal parts sass and heart. Each provide bright moments within the play’s wan period drama and undercooked mumblecore. Given a script with a little less self-importance, they probably could have provided even more. (Alex Huntsberger)

The Runaways Lab Theatre at Outerspace Studios, 1474 North Milwaukee, runawayslab.org, Pay what you can. BYOB. Through November 13.