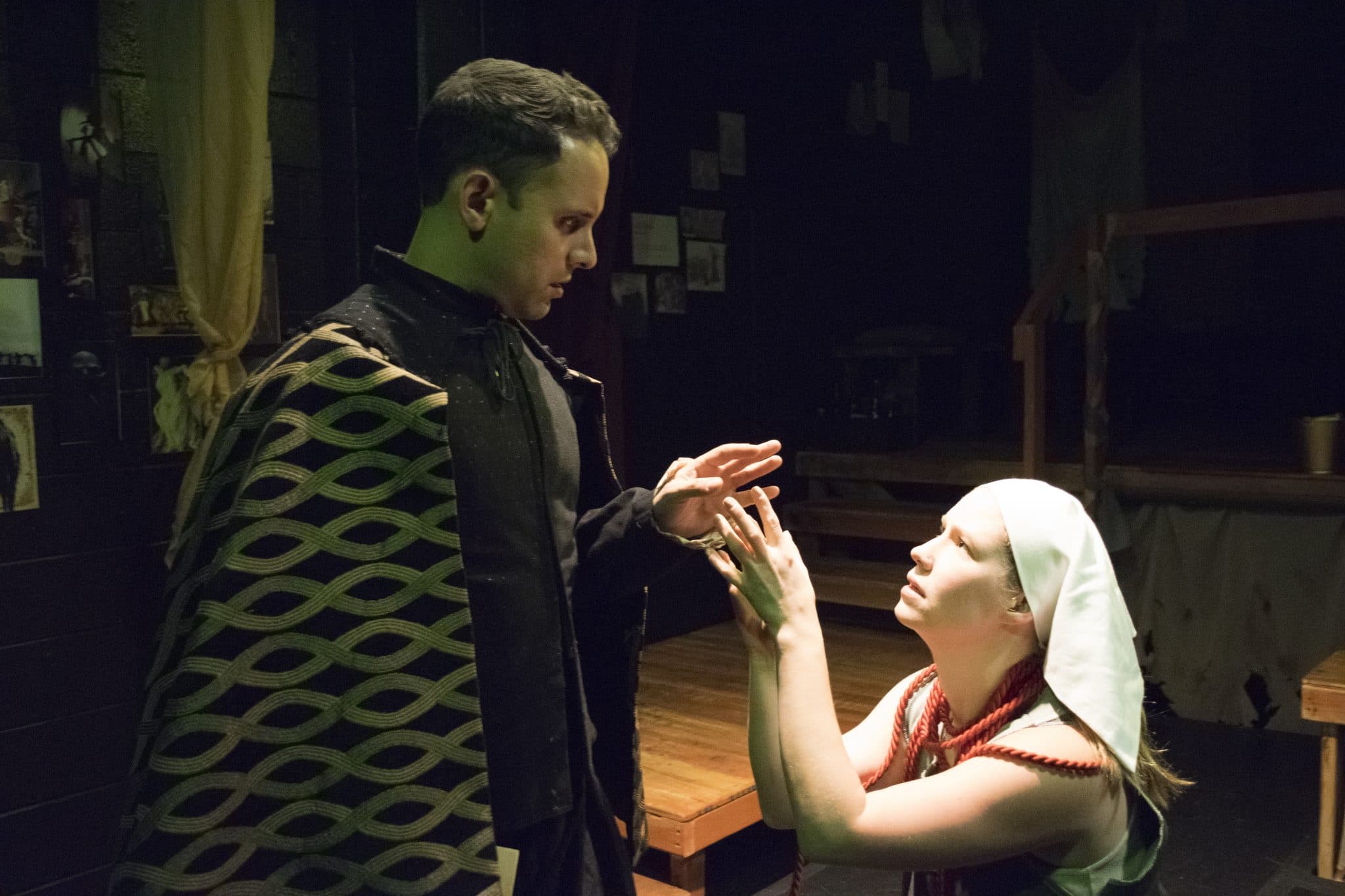 Based solely on the involuntary shimmying of several hundred citizens in the town of Strasbourg, France, Right Brain Project’s “The Dancing Plague” is an ambitious drama. The cast outnumbers the audience in a tight space, the spectacles are vast and the thematic spectrum is epic in scale.

The story’s hunt for a cure borrows from medical dramas (“House” comes to mind). Each of the three primary personalities we follow represents both a social institution and basic moral alignment: Albrecht (Johnny Kyle Cook) is the hedonistic, corrupt archbishop and Paracelsus (Jeremy Trager) is the doctor and knowledgeable fetishist. Rounding out these two is our hero, Gertrude Keyersburg (Jamie Bragg), pragmatist and problem-solver extraordinaire. High tensions between these three are punctuated by ventures into the green haze that the plague victims occupy.

Again, ambitious. There’s criticism of the church as authority, countered by praise of genuine spirituality. Other conflicts include folklore versus religion, pride and ego in government and intellectualism for its own sake. There’s also some shoehorned light feminism.

Neither does the script’s dialogue, which is stilted and filled with language that tries to recall eighteenth-century English and poetics that are almost Ruhlian. The actors stumble by no fault of their own. It’s difficult and awkward.

Fortunately, there are some talented players who drive things forward. There is the aforementioned Cook (he seems to really enjoy playing the villain) contrasted with Bragg’s no-nonsense feminist. She is compassionate and determined. This show is lucky to have her on board; she carries much of the show on her back.

It’s not a boring show to watch. The spectacles, when they work, work well. Albrecht’s carnivale at the act break is exhilarating and makes you excited to return. However, hoping for the omnipresent potential to pay off becomes tiring. (Jay Van Ort)