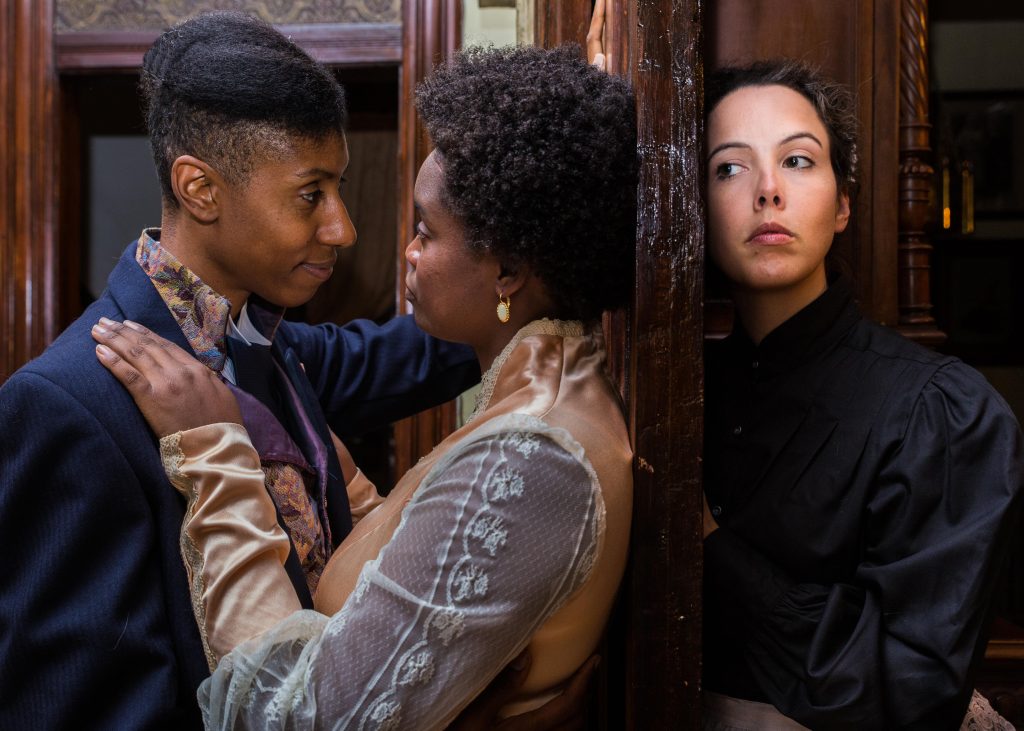 On paper, Pride Films and Plays’ world premiere “Resolution” sounds intriguing: an affluent black couple at the turn of the twentieth century have a secret that, when discovered by their maid, threatens to undo the life they’ve worked so hard for. And yet in execution, the play seems content to ride its own coattails, a perfect example of how the seed of a promising premise can be wasted on poor soil.

“Resolution” overcorrects morally at every turn. Rather than delicately play at the heartstrings of its (presumably liberal) audience with subtle allusions to the counterpoints of inequality and bigotry, playwrights Heather McNama and Nancy Nyman strum with forceful insistence on the monochord of “it’s not fair.” The play forgoes discourse for the safety of self-righteousness, ironic given the maid’s own certainty in her decision to destroy the couple’s life because God, in his divine wisdom, apparently can’t stand “perverts.”

There are fine performances here but they might as well be in voiceover for how much telling (and how little showing) occurs. What this play needs more of is Edward Fraim’s silent torture or Aneisa Hicks’ imploring eyes as opposed to the seemingly endless string of monologues that cover a narrow band from preachy to melodramatic.

“Resolution” is billed as a thriller but it lacks the suspense and, by extension, the satisfaction of that genre. Things go to full dramatic boil before they even begin to simmer. At seventy minutes, this play is both too much and too little. The abundance of explication needs to be supplanted by actual emotional investment. As it stands, the stakes are unclear to the point of being nonexistent. As a result, the play’s false ending has as little resonance as its gleeful deus ex machina.

It strikes me that McNama and Nyman, who are both white, may be uncomfortable writing black protagonists who are not exemplary, hence the attempts to keep this play’s lead couple blemish free. However, in doing so they rob these figures of the humanity that would actually make them more relatable. Here they are simply martyrs. In which case, what is there to really resolve? (Kevin Greene)