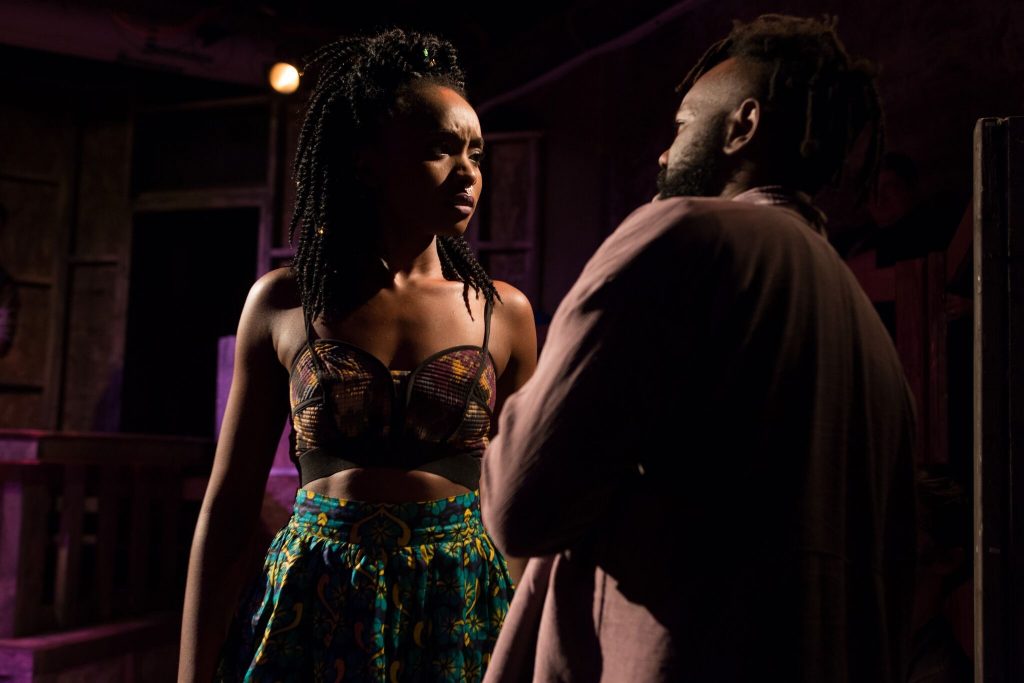 Describing the sensorial impact of Kristiana Rae Colón’s work is like trying to express the experience of being struck by lightning. You can break it down to its elements, reassemble it for purposes of diagrams and analysis but good luck getting that fire into a jar.

Her third premiere in as many months (following “good friday” at Oracle and a staged reading of “Florissant & Canfield” at the Goodman New Stages Festival), “Octagon” is the most personal and affecting work of them all. It deepens the playwright’s thematic concerns of media as a conduit for social change, the limitations of protest and the petty narcissism of artists, while exacting truth brutally and brutality truthfully.

As a theater artist, Colón is unmatched in a city that has no shortage of local talent. A master of simultaneous dialogue, her writing is disruptive both socially and dramatically. It shakes audiences from the comfort of conventions with furious, ugly beauty, the theatrical equivalent of watching Pollock paint. Like “Florissant,” “Octagon” blurs the lines between documentary realism and subjective nightmare. It becomes impossible to distinguish between hallucinations and machinations, the dreamers and schemers looking and sounding so alike that they themselves don’t seem to know which they are.

A play about performance, Colón and director Tara Branham (reunited after their fruitful work on “good friday”) make serious demands of their cast, which are met with astounding verbal athleticism and emotional elasticity. Travis Delgado’s internalized anguish emerges as desperate gasps for air. Sydney Charles might as well be performing Jedi mind tricks such is her ability to command scenes with the mere flick of her eyes. Then there is the man eater: KiKi Layne. You could write essays about the sexual politics of “Octagon” or you could just watch her move with viperous sensuality amongst the wounded animals that are the men of this play.

Colón builds worlds with her work and, like the one we live in, they are incomplete, imperfect, far-reaching and, in many ways, beyond comprehension. If this play is any indication, the jury is out on whether poets, a group that she obviously feels great affection for, can be trusted. But one thing is for sure: the words are true. So even if you can’t believe the poet, listen to the poem. (Kevin Greene)