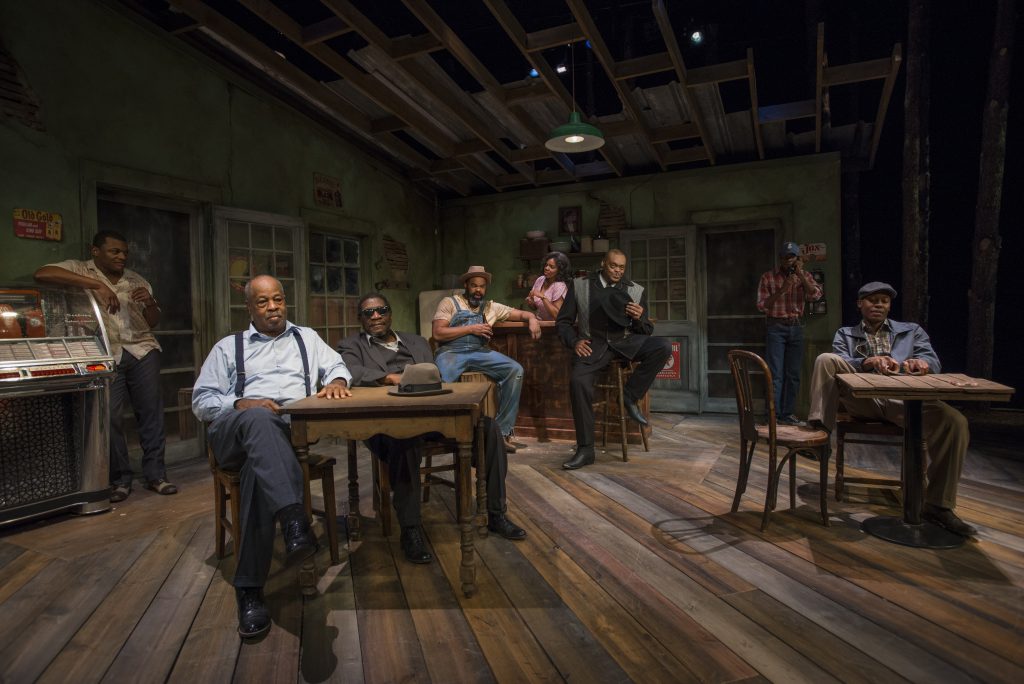 There is a cost to living by a philosophy. Especially one that pits the value of the self against that of the community to which it ostensibly belongs. Such is the ideological (and eventually deadly) confrontation that squares off at the Top o’ the Hill Café in Eugene Lee’s “East Texas Hot Links,” a play that owes as much to Charles Darwin as August Wilson.

As the play’s pariah, Namir Smallwood follows up his memorable turn as Tom Joad in The Gift’s revival of “The Grapes of Wrath.” He is joined by Tyla Abercrumbie as a no-nonsense barmaid endlessly pursued by a smooth-talking, lascivious Kelvin Roston Jr. Wisecracks, wit and wisdom abound from Willie B. and Alfred H. Wilson while A.C. Smith delivers the play’s reckoning with Wilsonian supernatural insight.

They are guided with an easy touch by Ron OJ Parson, a director skilled at the movement of players into and out of the line of dramatic fire. At ninety minutes, “East Texas Hot Links” feels both dense and mercurial. Like the unpredictable Antoine Pierre Whitfield, this production moves with effortless unpredictability between vigorous charm and bone-snapping pressure.

What this play presents is a uniquely intimate group portrait deeply grounded in specificity. This is the 1950s. This is Texas. But it also is so much more. It is several tragedies all at once, not the least of which invokes the sense that there is no peaceable outcome possible to this conflict though the outcome that does occur is horrifying beyond description.

As XL Dancer, Smallwood plays the embodiment of greed in the eyes of his cohorts. And yet, they are unable to provide a model that appeals to him and the other young black men of this play who he ironically pits himself against. And so the play’s dramatic turning point isolates Dancer, who doubles down on his conviction that the keys to his salvation lie in the pockets of the white man. What he fails to assess is how an employer can do more damage to him than a surreptitious clansman (not that the two aren’t necessarily one-in-the-same).

“We devour each other,” the old blind man states early on, adding another link to his food-chain hypothesis. And while wanting someone to die is undeniably different than not caring if they live, “East Texas Hot Links” speculates despairingly on the possibility of a third option between malice and indifference. (Kevin Greene)