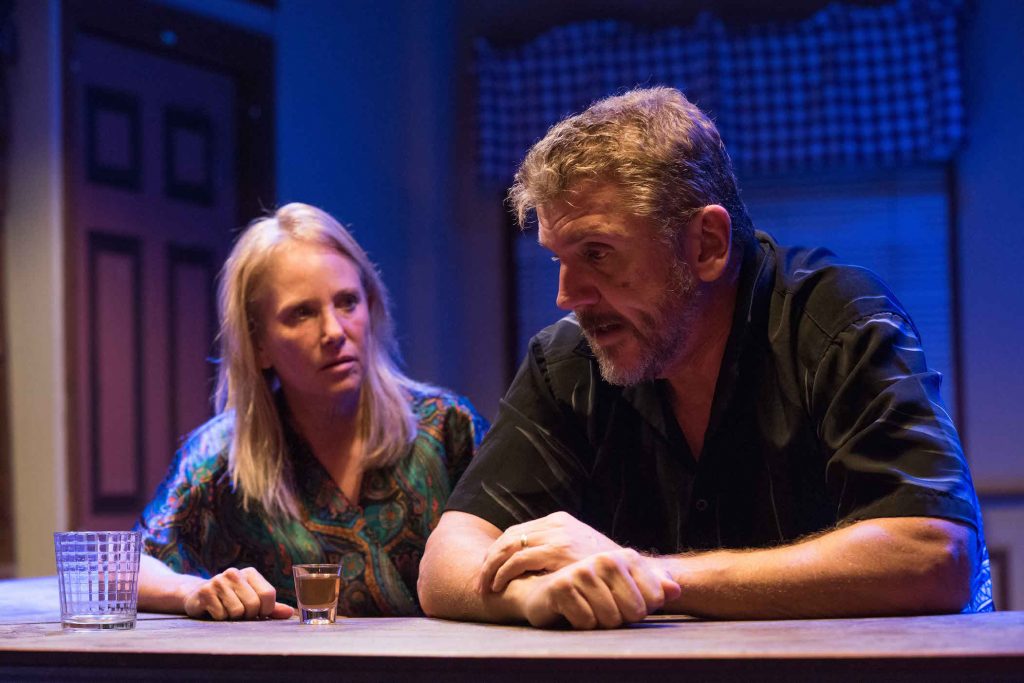 The Romantic poet William Wordsworth praised “humble and rustic” life for the plainness of its expression, a result, he said, of the way the passions of its inhabitants were incorporated with the “beautiful and permanent forms of nature.”

In contrast, Mia McCullough’s 2001 play “Chagrin Falls” makes clear that the emphatic intensity of country life emerges from its proximity to death. Residents of the titular Oklahoma town have two options for industry: slaughterhouse or prison. As young prison guard Thaddeus (Cody Lucas) notes, “I can either keep people in cages or kill cows. I never met a cow that did me wrong.”

However, the limited number of options hardly makes them simple, as in the case at hand: the execution of a man who has raped and murdered an eight-year-old. All those involved, and some who aren’t, congregate at the motel owned and operated by the tough, tiny Irene (Denise Hoeflich). As graduate student and would-be reporter Patrice (Jennifer Cheung) rapidly discovers, it’s impossible not to be involved, even as a vegetarian, pacifist, bystander and foreigner. The world she observes seems unrefined and parochial, its residents ignorant, pitiable and barbaric.

As Thaddeus points out, no one wants to take responsibility for ugly acts and ugly feelings, the deaths society demands for vengeance or sustenance, the little ways the dirty business of living is pushed out to the edges of the habitable realm. Everyone, from the reverend (Joe Lino) to retired veteran Riley (Robert Koon), is a killer, even without their hand on the switch or the shot in the arm someone else has tied down.

Under Sommer Austin’s direction, The Agency Theater Collective presents a production that punches. Every resident of Chagrin Falls seems like they were born behind the bar of Irene’s motel. The relationships are intense and temporary as romances, fraught with untidiness and loss, dark as the guts we pretend not to see and claim not to have. (Irene Hsiao)