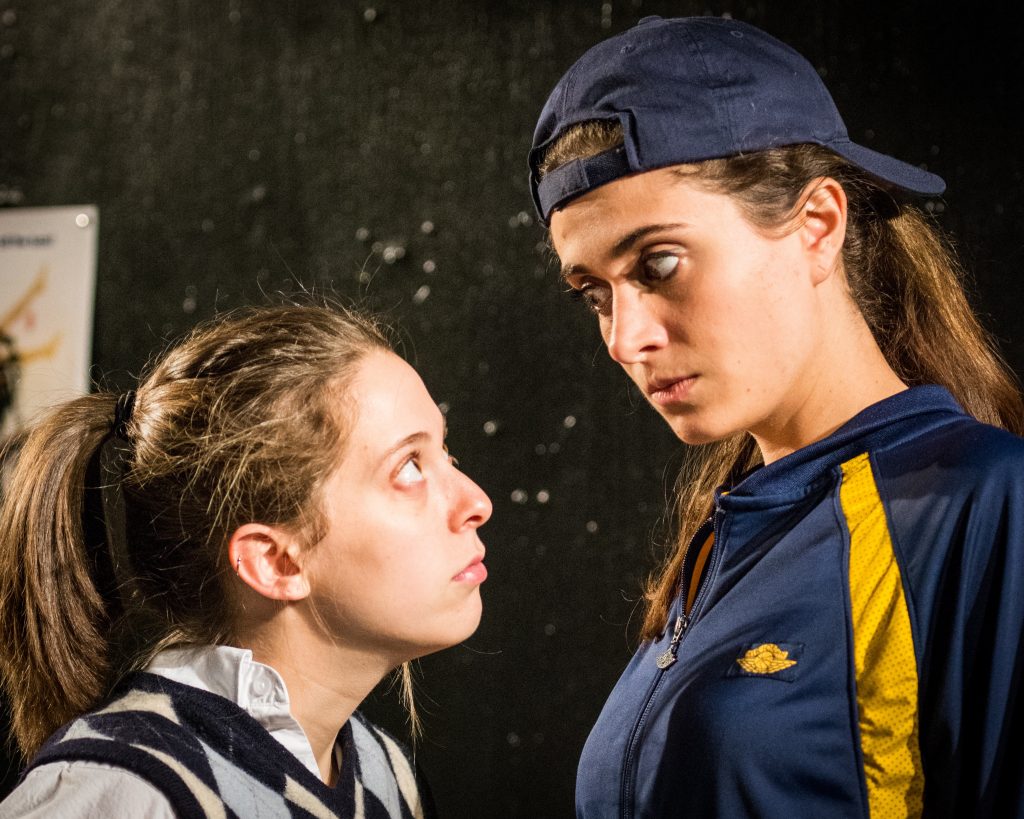 Before the Oscars, the celebrity girlfriends and all the other trappings of fame and fortune, Matt Damon and Ben Affleck were just two childhood friends hoping to make it big in Hollywood. And then, with no effort on the part of either actor, the script for “Good Will Hunting” fell from the sky and made the two instantly famous. Or at least that is how Mindy Kaling and Brenda Withers imagine it went down in their quirky 2002 play “Matt & Ben.”

Besides giving “Good Will Hunting” an interesting origin story, the script also fleshes out the two friends in a mostly unflattering manner. Ben (Nicola Rinow) is a not-too-bright struggling screenwriter who believes that his word-for-word copying of “The Catcher in the Rye” qualifies as a screen adaptation. Meanwhile Matt (Brittany Handler) is portrayed as a cowardly perfectionist who takes himself way too seriously. Often more frenemies than friends, the immaculate conception of the Oscar-winning screenplay serves as a catalyst for a deeper exploration of their friendship.

There is a surprising amount of depth in this seventy-minute production though not everything works perfectly and some of the scenes develop a bit slowly. However, the action builds smartly and a slapstick fight sequence toward the end is a well-received payoff. The two actresses are also very believable in their respective roles with Rinow’s versatility used to good comedic effect. They also are quite amusing when dispensing advice as Gwyneth Paltrow and J.D. Salinger.

It is hard to imagine a world where “Good Will Hunting” never came to be. But if Matt and Ben never got around to writing the screenplay, maybe it would have just miraculously arrived. How do you like them apples? (Noel Schecter)