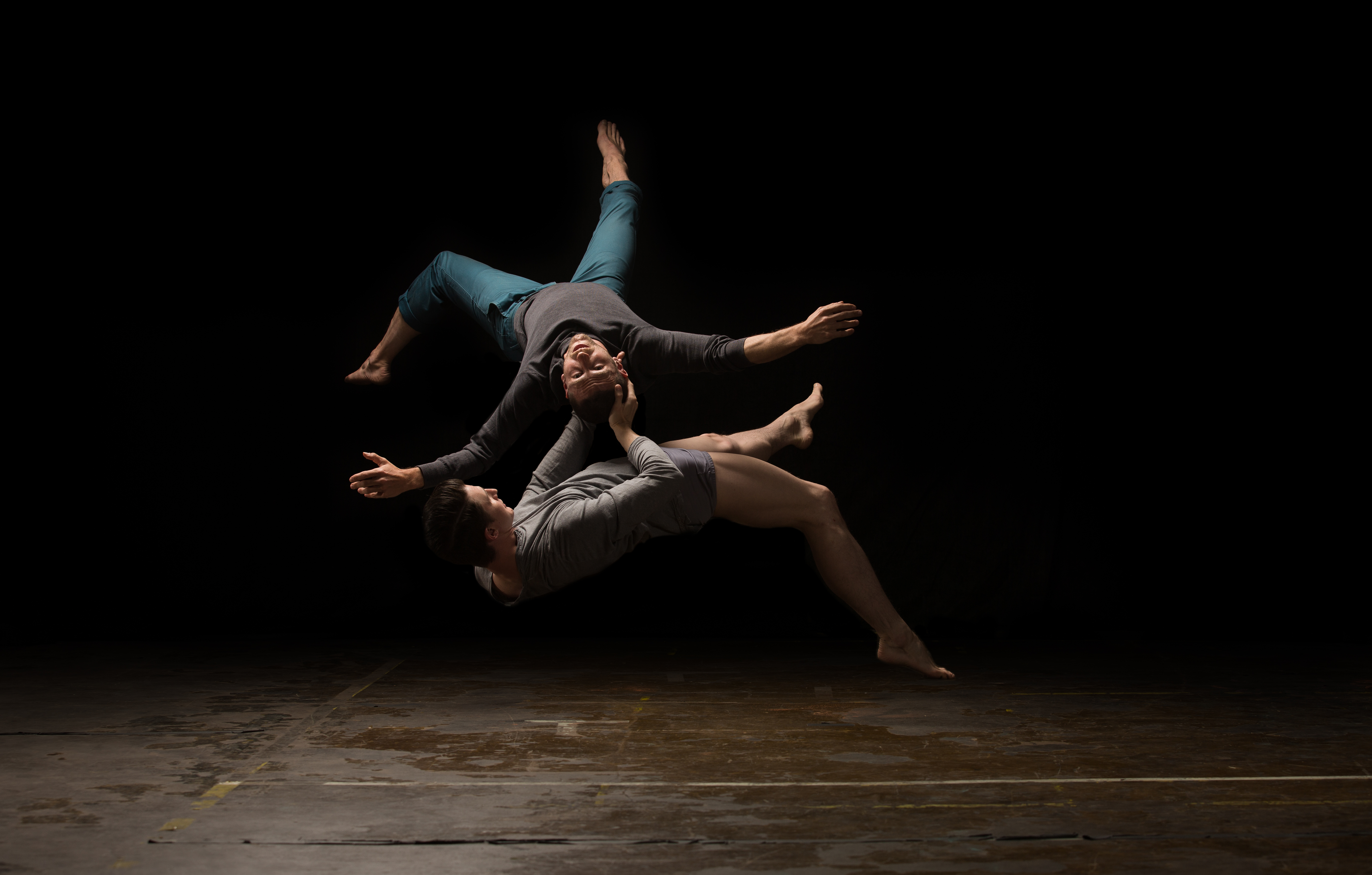 After resounding success with the reboot of “Art of Falling,” their evening-length collaboration with the Second City, Hubbard Street Dance returns to its bread and butter—edgy, innovative repertory—for their Fall Series at the Harris Theater November 17-20. At the center of the program are two choreographers who have graduated from “rising” to “top” in the contemporary dance world.  One is Alejandro Cerrudo, Hubbard Street’s first ever and now well-established resident choreographer. The other is Brian Brooks, who just began a three-year term as the Harris Theater’s inaugural choreographer in residence. Both men were among four choreographers commissioned in 2012 to create duets for and dance with Wendy Whelan, the legendary principal dancer with the New York City Ballet, and their creations again share a program on the Harris stage that is again set with virtuosic, versatile dancers. Brooks’ new piece “Terrain” is the first of several commissions for the Harris and will be danced by the full Hubbard Street ensemble (before he brings it to his own New York-based Moving Company in June). Brooks worked with the Hubbard Street dancers to construct, reconstruct, reimagine and explore the infinite directions his wavelike, intricate sequences of movements could travel. Cerrudo sets his new piece (as yet untitled) to solo classical piano pieces and works again with the design team behind his visually stunning “One Thousand Pieces” and “Little Mortal Jump.” The program rounds out with a pair of dances—one for all-male dancers, one for all-female dancers—by the great Jiri Kylian. (Sharon Hoyer)