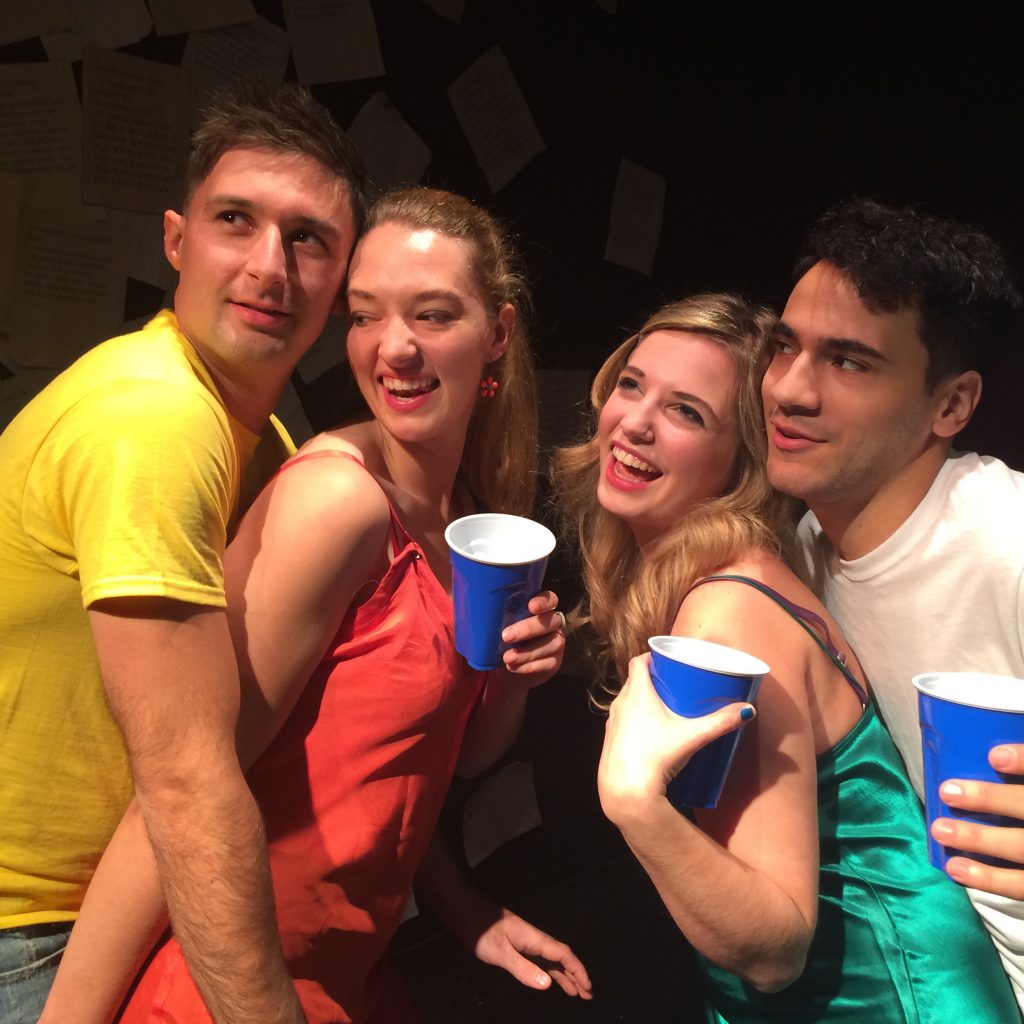 Darkness and depression were always just underneath the surface of Charles Schulz’s “Peanuts” cartoons. At least they were in the early days, before it suffered the fate of all great art and became a franchise. Charlie Brown and his friends were complicated little people, grappling with complex, philosophical issues. The strip might have been for kids but its themes could be more accurately described as “for mature audiences only.”

That warning also applies to playwright Bert V. Royal’s “Dog Sees God,” though for mostly different reasons. Here it’s because of all the drugs, sex, violence and nudity. Directed here by David Belew, the play presents the Peanuts characters (or at least their thinly veiled, non-copyright-infringing counterparts) as angsty high-school teens. And while it handles some of the same themes as Schulz—death, depression and pain—it does so with an “after-school special” level of drama.

“Peanuts” purists might want to stop reading here. The play opens with high-school jock CB (Kirk Osgood) writing a letter to his ever-silent “pen pal.” According to him, everything went to hell after his dog got rabies, killed his little yellow bird friend and had to be put down. CB’s angry that his friends don’t seem to care because they’re mostly worried about their own lives.

Between CB’s germ-phobic, hot-tempered teammate Matt (Frank Gasparro), his temporarily Wiccan little sister (Katie Hunter), the drunken mean girls Tricia (Kelly A. Hogan) and Marcy (Jennifer Allman) and the shy, musically inclined outcast Beethoven (Brandon Rivera), pretty much everyone is caught in their own awkward teenage wasteland. Don’t worry, Linus (Andy Blaustein) and Lucy (Laura Carney) show up too, albeit in the form of a stoner and a disturbed mental patient, respectively.

The production is well-acted for the most part and the ending might actually provide some much-needed, post-election catharsis, but in the end it’s never more than fine. The actors deserve most of the credit, as the unimaginative staging doesn’t do them many favors.

“Dog Sees God” was a tad shocking when it was written in 2004, but shock rarely ages well and this play is a prime example. Ten years later it seems almost quaint. It’s 2016. Donald freaking Trump was just elected president. What else you got? (Alex Huntsberger)