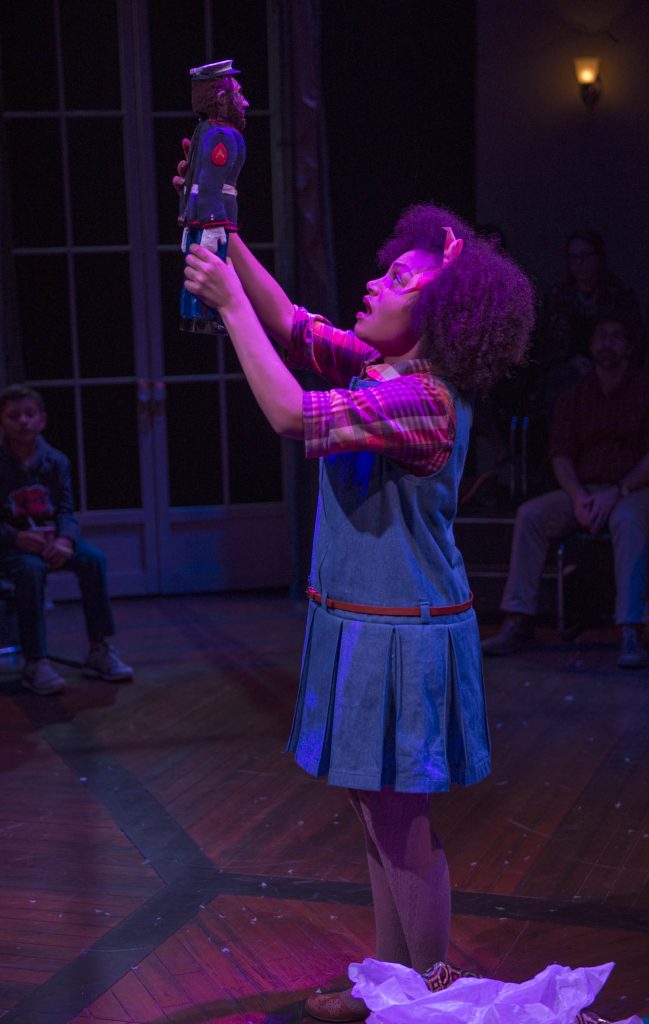 On a scale of one to “death by rusty spoon,” this past year would score somewhere between “Limp Bizkit cover band” and “the comments section of a Breitbart article.” That’s where shows such as The House Theatre of Chicago’s “Nutcracker,” now playing for the eighth straight year at the Chopin Theatre, come in.

This perennial holiday favorite provides audiences with comfort, joy and wonder—qualities of which the past year have been astronomically bereft. Once again, “Nutcracker” delivers those qualities in spades. If you’re looking for a play to close out this crappy hellscape of a year, this one’s a sure bet.

Directed and choreographed by House Theatre company member Tommy Rapley, the show is a quasi-musical that takes E.T.A. Hoffman’s classic Nutcracker story and tweaks it to add depth and pathos. Here, when the titular toy belonging to young Clara (Ariana Burks) comes to life, it’s in the form of her older brother Fritz (Desmond Gray), a soldier who never made it home from the war. The play is a joyful one but be warned: You’ll probably cry.

And while the Nutcracker is still a gift from Clara’s great-uncle Drosselmeyer (Torrey Hanson), his gift now comes with a secret purpose: To restore a much-needed sense of Christmas cheer to a household that’s still reeling from Fritz’s death a year earlier.

In place of a trip to the Land of Sweets, Clara’s battle with the sinister Rat King and his (delightfully British) minions takes center stage. Luckily she has some additional help, as the Nutcracker isn’t the only one of Clara’s toys that comes to life. There’s also the French-accented sock puppet Monkey (Ian Maryfield), the perky talking doll Phoebe (Rachel Shapiro) and Hugo (Joey Steakley), a silver, scene-stealing robot.

In addition to a newly overhauled score (played, as always, by a live band), this year’s production features a fantastic performance from the sixteen-year-old Burks, who brings a combination of toughness and vulnerability that most adult actors could hardly manage. She’s a perfect fit for a work that constantly invokes the imagery of light versus dark. The play’s willingness to embrace that darker side of life makes the triumph of the light side all the brighter. (Alex Huntsberger)