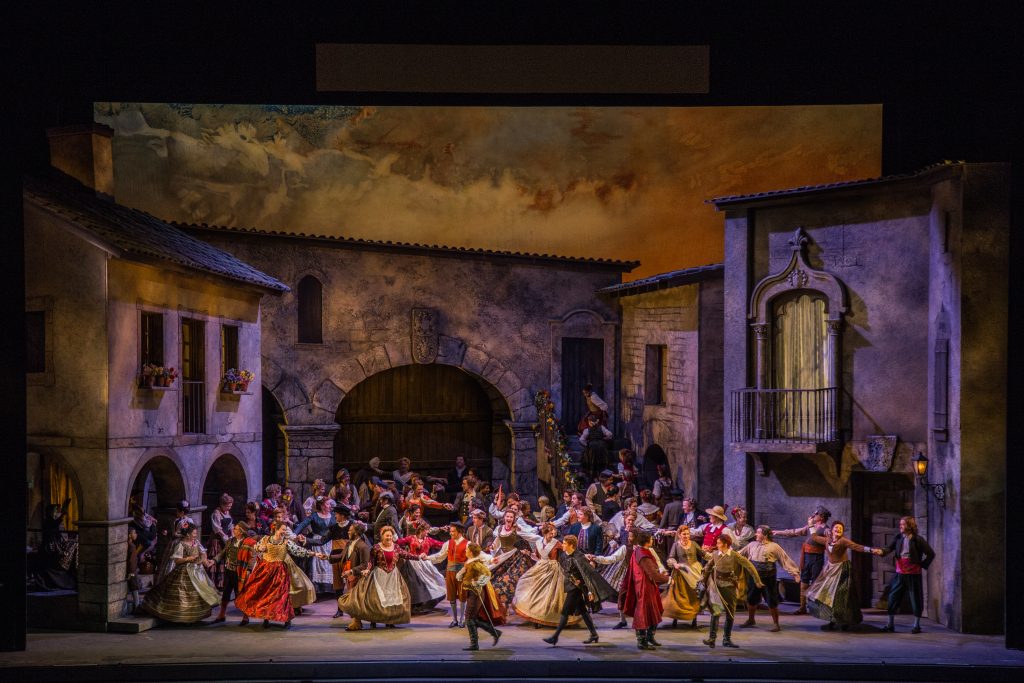 In a season that has Chicago’s French opera lovers salivating, Lyric Opera opens Jules Massenet’s “Don Quichotte” in the same week as Hector Berlioz’s “Les Troyens.” Both rarely heard gems are enjoying the highest level of singing and overall production.

Just as “Troyens” was Berlioz’s love-child, Massenet, the operatic son of the overarching artistic school of impressionism, put aside other works to lavish his affections on “Don Quichotte.” Composing mostly in bed as he wended toward an arthritic death, he identified with the infirm, gallant Don Quixote in love with his Dulcinea. Massenet was in love with mezzo-soprano Lucy Arbell, for whom he fashioned the role of the beautiful Dulcinée. With frequent librettist Henri Cain, Massenet constructed a sequence of musical poems paying respect to Cervantes’ novel, elevating the role of leading lady from unassuming rustic to hot-and-cold urban beauty.

Director Matthew Ozawa’s production is as fleetingly ethereal as Massenet’s music. It relies on the fuzzy, transitory pictures created by set designer Ralph Funicello, with counterfeit mounts on wheeled platforms (pinwheels with apologies to their windy cousins) and tree limbs and rocks of early Disney cartoon quality. In their style of acting, the singers observe the old-fashioned operatic manner of the slightly elevated, a less-than-natural effect that softens the death knell.

Bass Ferruccio Furlanetto essays the feverish errant Quichotte. Furlanetto (in his late sixties with a forty-plus year operatic career to his credit) is internationally identified with the role and delivers with a large, colorful and emotionally connected voice. Nicola Alaimo is just right for the role of Sancho but his lyric baritone instrument shows to disadvantage here, often scored in the same range, in dialogue and harmony, with the thunderous Furlanetto. An acclaimed interpreter of Carmen, mezzo-soprano Clementine Margaine owns the tempestuous role of Dulcinée as well.

Conductor Sir Andrew Davis has a busy stick this week with both French openings hanging on his ictus. He gently whips soloists, orchestra and chorus into serving this airy soufflé. (Aaron Hunt)