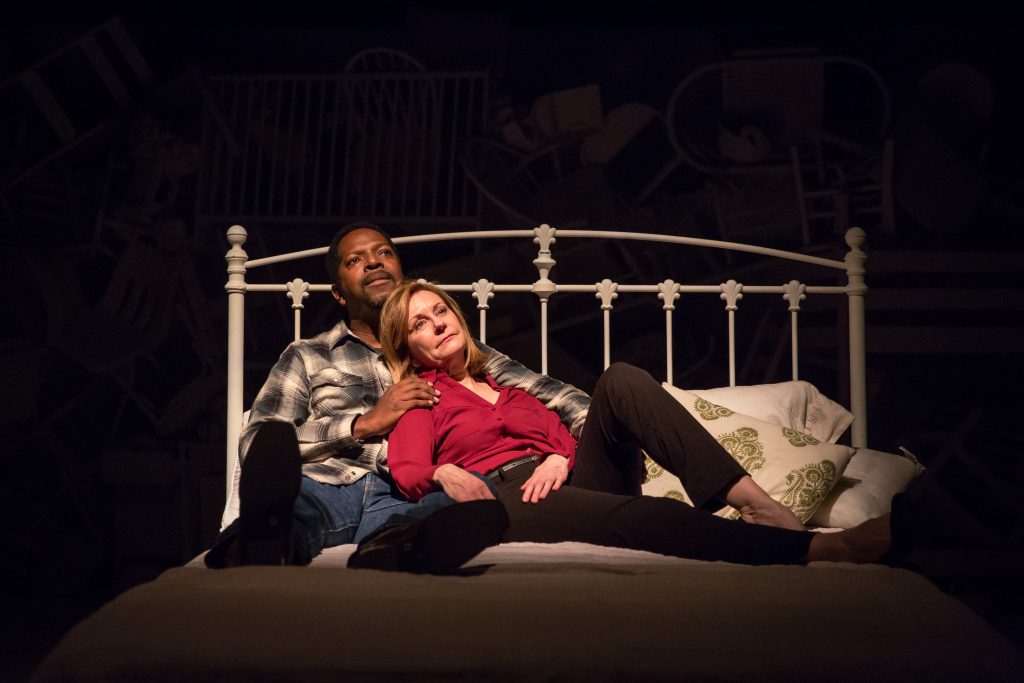 For me, anxiety is a waiting room: A state of endless, paralyzing uncertainty. The themes and settings of Karen Hartman’s heartbreaking “Roz and Ray,” currently receiving its world premiere at Victory Gardens, suggest that her concerns about the unknown take a similar form. And while the specifics of her new play, namely the relationship between a single father with twin hemophiliac sons and an ambitious, nurturing and, ultimately, deeply conflicted doctor set against the backdrop of the burgeoning AIDS outbreak of the 1980s, feel like history in the era of Truvada and “Dallas Buyers Club,” they nevertheless resonate in our current state of deep-seated political distrust and economic pessimism.

“Roz and Ray” uses the relationship between its titular leads as a lens through which to view the effects and scope of the AIDS epidemic. Hartman conveys a great deal of information by clothes, reflecting her thorough research in the garments of affection. Her play is a lesson in history, science and capitalism but it is foremost a love story.

“Roz and Ray” has two undeniable strengths: Mary Beth Fisher and James Vincent Meredith. Securing a pair of our city’s finest actors for such an intimate production is a coup rivaling being the home of the Chicago premiere of “Hand to God,” though one that will almost certainly be less widely appreciated.

Within the past year, Fisher and Meredith have both played larger-than-life characters, the former in Court Theatre’s “Long Day’s Journey Into Night,” the latter as the lead in Chicago Shakespeare’s “Othello.” Here they channel their respective gifts for intensity into characters that long to be free from the ties that bind them, raging against a largely invisible injustice that renders them emotionally impotent.

Further cementing his directorial style with the minimalist aesthetic of his theater, VG artistic director Chay Yew’s touches are light. Despite some strange lighting choices and the transition between office and bedroom being a little clunky, the intermission-less ninety minutes this play occupies are well paced even as it jumps between decades.

Coinciding roughly with an exhibition at the Alphawood Gallery that explores the impact of AIDS on American art and culture, “Roz and Ray” serves as a contemporary reflection on a historical crisis. And while it’s not likely to cheer anyone up, it captures the experience of trauma on several planes and demonstrates how to move forward, lessons not likely to be devalued any time soon. (Kevin Greene)