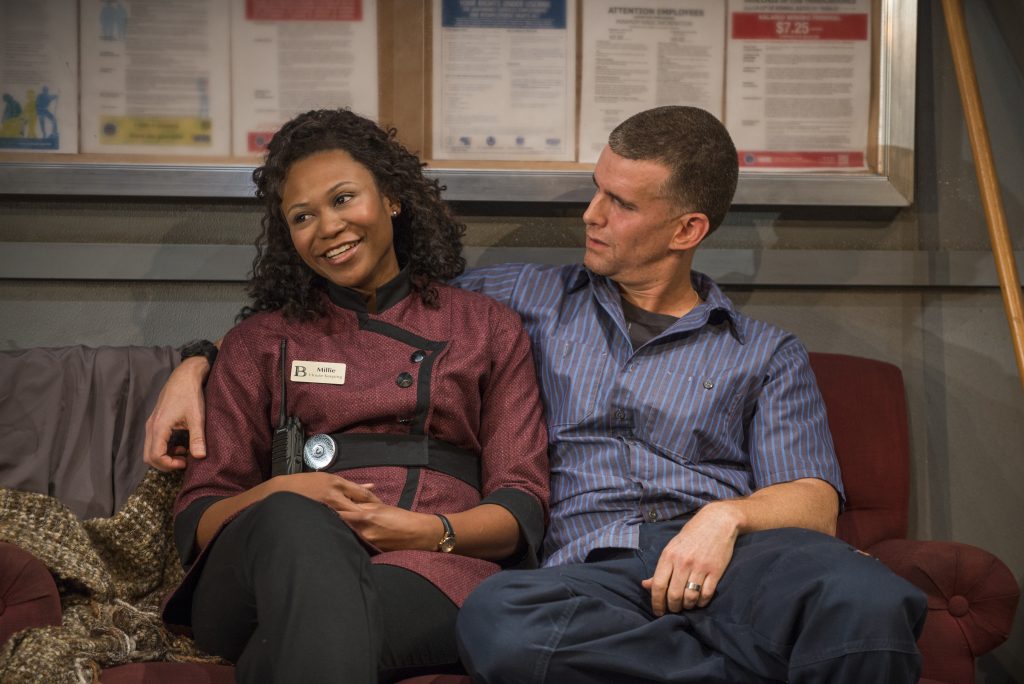 The great strength of “The Fundamentals,” Erika Sheffer’s new dark comedy, is its utter refusal to accept what it actually is: a morality tale. It takes the sharp, clean lines of class conflict and scuffs them blurry. There are no saints here, no martyrs, no devils. Only people, workers and management both, doing their best in a dehumanizing system that practically rewards greed, avarice and betrayal, where human beings are reduced to lines on a spreadsheet. In this world (correction, in our world), climbing the corporate ladder isn’t so hard, as long as you use someone else as a step stool.

Set in a luxury New York City hotel, “The Fundamentals” stars Alana Arenas as Millie, a good-hearted maid trying to better her lot in life. Having recently been turned down for a job as a front desk clerk—a job that went to Stellan, an aspiring actress played by Caroline Neff—Millie has instead been named “front desk liaison”—the kind of “new title” non-promotion that makes corporations tick.

Along with her friend and nominal manager, Abe (played by Alan Wilder), Millie is an outlier: Fundamentally good and fundamentally honest. The same can’t be said of her husband, Lorenzo (Armando Riesco), a gambling addict who works in maintenance and steals iPads from guests to pay for his “luxury toothpick” business scheme. And it also can’t be said of Millie and Abe’s boss, Eliza (the brilliant Audrey Francis), whose ruthless dedication to the bottom line is apparent behind her false, rictus grin. But Millie persists in her quest to rise through the ranks. She soon learns that the easiest (and perhaps only) way to get ahead is at the expense of others.

As directed by Yasen Peyankov (who helmed Sheffer’s “Russian Transport” for Steppenwolf in 2014), the play is a great vehicle for the charms and abilities of its cast members. Sheffer’s script competently lays out many shades of gray that the actors—Arenas and Wilder especially—do a wonderful job filling out. But the highlight of the show is the series of hilariously disingenuous—and one-hundred percent accurate—corporate training videos designed by Stephan Mazurek. If the play spends a lot of its two-hour-and-fifteen-minute runtime muddying the late-capitalist waters, Mazurek’s videos make them crystal clear again. (Alex Huntsberger)