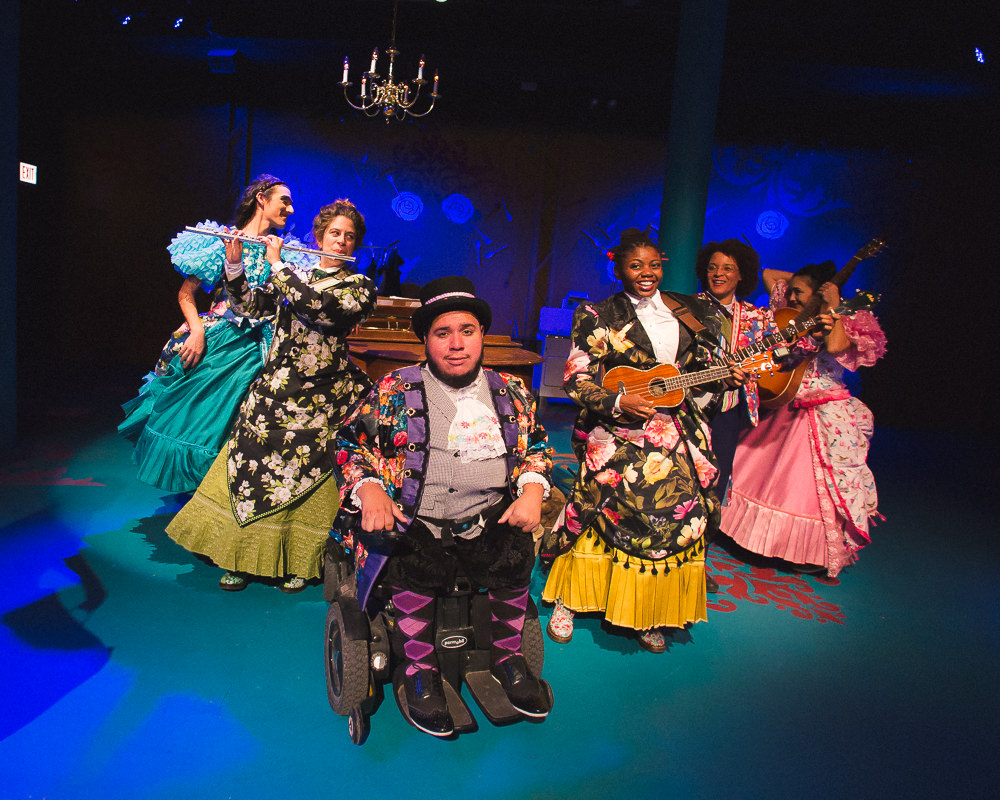 It is more than a little tempting to describe “Cinderella at the Theater of Potatoes” more by what it’s missing rather than by what it has. For starters, there is no Prince Charming. Also absent are glass slippers, a Fairy Godmother and an overgrown pumpkin. Based on Pauline Viardot-García’s “Cendrillon” and adapted beautifully for The Hypocrites by Andra Velis Simon, this family-focused musical trades in the familiar for an unabashed feminist perspective. Beginning at the “Theater of Potatoes,” a traveling European salon where the price of admission is one potato, the focus here is more on people picking each other up than it is on tearing one another down.

This is never more evident than in the depiction of Cinderella’s stepsisters, played beautifully by Elle Walker and Aja Wiltshire. Not inherently cruel, they are more the product of their overbearing and snobbish father (Joel Rodriguez). And, in what might be a first for any Cinderella production, they are even allotted a healthy dose of character development. Meanwhile, Cinderella (Amanda Raquel Martinez) accepts her lot in life but wishes she was better appreciated by the household. When an opportunity presents itself to showcase her repressed musical talents at an open audition for a new opera, she is more in need of self-confidence than magical intervention.

As empowering as this message is, it is the impressive talents of the cast that make this a memorable theatrical experience. Charged not only with delivering operatic performances, they also play a variety of musical instruments. They succeed on both counts. Amanda Raquel Martinez is especially impressive in the title role. Sean Graney’s playful direction nicely ties two acts together in under ninety minutes and the production even manages to dole out a dollop of soup to everyone in the audience. This is truly family entertainment at its best and very much a worthy replacement to its Disney cousin. (Noel Schecter)