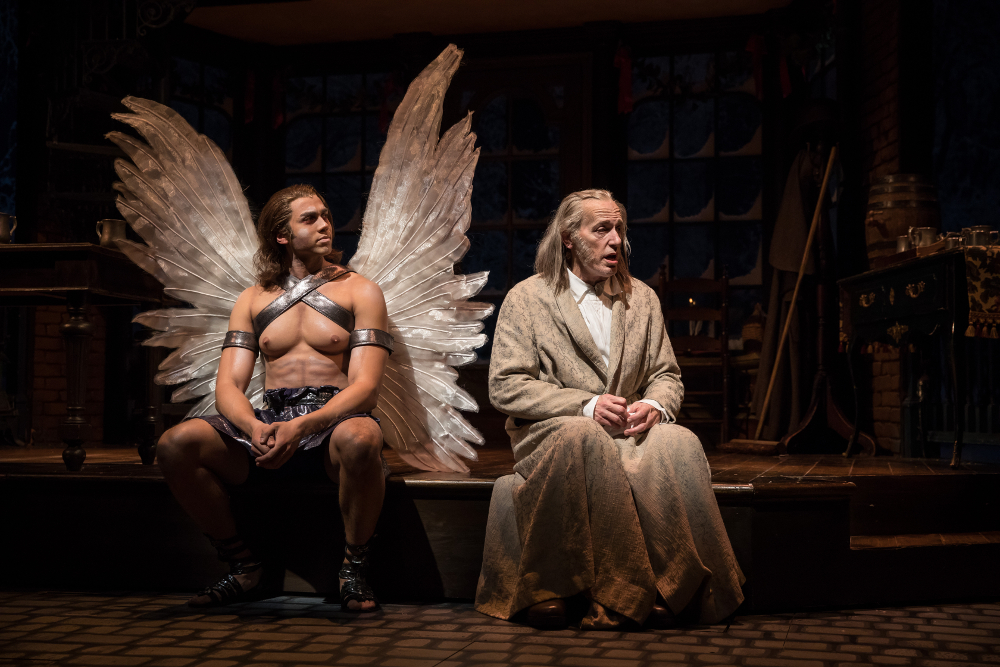 As far as Christmas sweets go, Charles Dickens’ “A Christmas Carol,” as adapted by Tom Creamer and directed by Henry Wishcamper at the Goodman, is something of a fruitcake—aggressively festive, chock full of calorically dense goodies, a little out of date, more of a spectacle than a main dish and, of course, absolutely sopping in spirits. Yet, done in the earnest style of an overblown holiday pageant, it is delightful to look upon.

Now in its thirty-ninth production, with Larry Yando reprising his role as the miserly Ebenezer Scrooge for the ninth year in a row, this Carol runs like clockwork. Every snowflake falls upon its appointed mark, every ribbon and trim turned just so and whole habitations roll up and retreat with nary a squeak.

The production opens on the splendid set designed by Todd Rosenthal, which brings a picture-book image of Victorian London to life. In its rooms, the characters, now as iconic as those in the Nativity, enact a story of the spirit of the season with determined excess. There’s the manic bellowing of the chain-laden ghost of Marley (Joe Foust), the bare-chested, long-maned and winged Ghost of Christmas Past (Travis A. Knight), swooping over the stage like a twinkling animated GIF, and the glitter-hurling, giggling bombshell of the Ghost of Christmas Present (Kim Schultz, who doubles as Scrooge’s unsavory charwoman).

As Scrooge, Yando is as crabbed and nasty and then campily remorseful as you might desire. Every child in the production is a merry moppet. Dazzling eruptions, whether indicative of supernatural manifestations or the blossoming of the thousand stars ordinarily obscured by fog, are among the theatrical effects that were met with applause. Even so, the genuine warmth of the story shines through. It would be difficult to leave the theater unpossessed by joy, goodwill and generosity.

Remembering that Dickens subtitled his novella “A Ghost Story of Christmas,” the production does contain a few scenes that may startle younger audience members. Intentionally or not, the frosty temperature of the house intensifies the experience of the wintry fable. (Irene Hsiao)