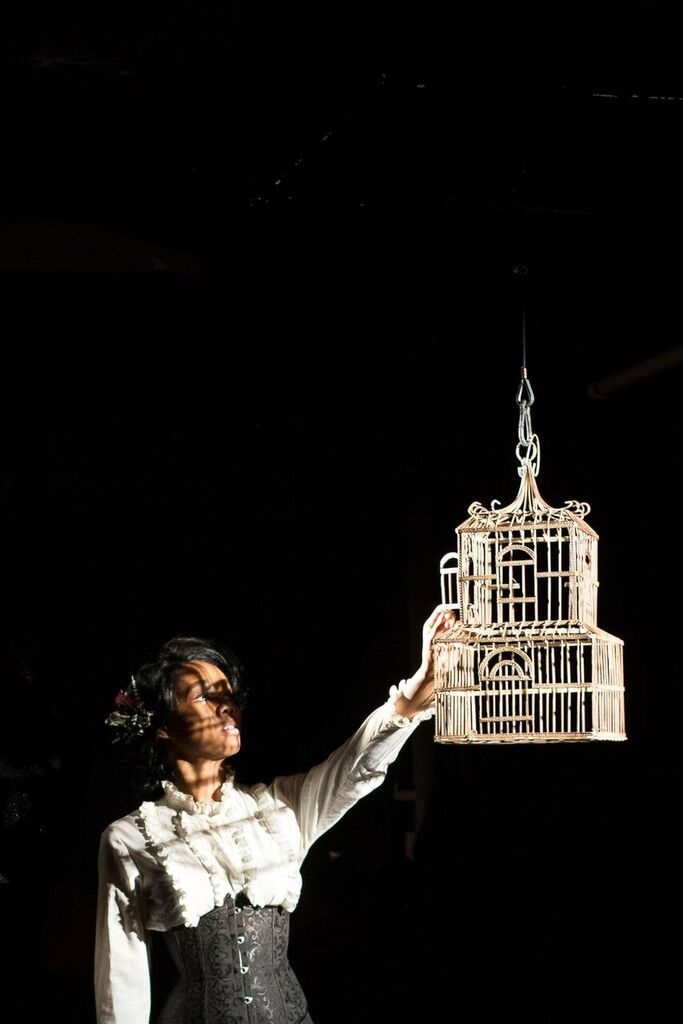 Nigel O’Hearn added an “a” to Henrik Ibsen’s “Hedda Gabler” and in doing so turned a late-nineteenth-century play into a noun. What exactly is “a Hedda Gabler”? Loosely defined, a Hedda Gabler is a conniving and manipulating woman whose ambition is severely limited by her station in life. The brains behind the men in their world, these women sacrifice and give (often in an unconventional and/or sociopathic manner) but rarely receive the positive recognition they deserve. Lady Macbeth and Cersei Lannister are both Hedda Gablers.

In O’Hearn’s adaptation, Hedda Gabler (Aayisha Humphrey) manages the feat of remaining loyal to her new husband (Johnard Washington), a possibly-up-and-coming professor, while also carrying on an affair with his mentor. Hedda also knows exactly what to do when a former lover threatens to steal her husband’s promised position at the university.

Performed on a postcard-size stage, director Max Truax’s production feels constricted and does not allow sufficient room to breathe. Whereas the minimalist stage setting should allow for better character development, it instead hits the audience over the head with metaphors such as the bird cage hanging over Hedda’s head. To even further drive the point home, the characters often gaze at it when discussing their limited options. The lighting and the sound design are also far too severe. A case in point is the repeated sound of flapping bird wings which are so loud and menacing they could be confused with something out of “Jurassic Park.” A leaky pipe is ultimately put to good use but even then the constant dripping often distracts from the performance.

But it’s the character portrayals that most seriously need to be toned down. Hedda is presented as such a manic and over-the-top personality that it is hard to believe any man would fall for her charms. Her suitors also lurch between similar emotional extremes that lack a sufficient level of believability. Perhaps a longer running time would have allowed for a more gradual unveiling of personalities. But as it is now, this is a very disjointed and impenetrable series of scenes that fall far short of meshing into a cohesive whole. (Noel Schecter)